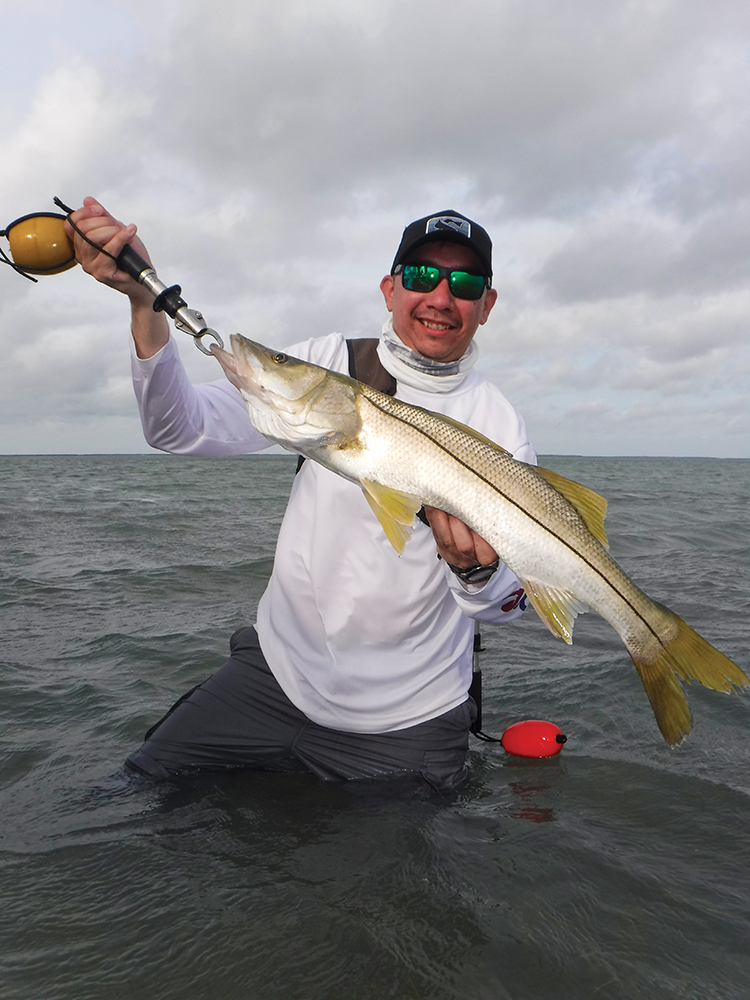 Launching my boat early on a recent morning, I met three fellows from TPWD-Coastal Fisheries on their way to run survey nets. I curiously asked how their surveys were going and they replied there were lots of fish in our bay. Pressing the question a bit farther, I asked what they’d found earlier, during April. To my surprise they reported numbers had been very good throughout the spring survey period. I don't know where their nets had been set, but I know I was far away from them according to the low numbers of fish we were catching in the spring months.

About the second week of May, we saw a dramatic increase in our catches, which I attributed to two crucial factors. The daily winds calmed considerably, and the scarcity of bait, which I noted last month, suddenly became very plentiful. Looking back from last year to the present, bait migrations seem to be running a month late by comparison.

The good news is that fishing has improved quite a bit, and many days the wind has been consistently below 20 mph. Full moon (if you're willing to grind it out) and new moon phases have been most productive. No surprise really, as these periods also bring optimal tidal exchanges that greatly increase activity throughout the food chain.

July’s tides will diminish to some of the lowest levels of the year, making backwater areas and some grass flats nearly inaccessible. Deeper shoreline drop-offs, and even the ICW will be spots worth trying. The ICW holds more trout, redfish and flounder than many anglers might realize. The edges of this channel can provide excellent early-morning topwater action, and if that doesn’t work, soft plastics bumped along the ledges should do the trick.

Flounder catches seem to be on a slow but steady rise. My best tips for tilting the odds in your favor are running scented lures near bottom along drop-offs, and carrying a landing net when targeting them. So many times we see flounder shaking loose when anglers attempt landing them by hand. Something else to remember is that catching one often means there are more available nearby.

Snook fishing is the best it's been the last seven years. They seem to be thriving here in the Lower Laguna and showing up sporadically further up the coast as well. Many of my clients have scored their first snook and/or improved their personal best so far this summer. The common snook is a beautiful species that morphs from male to female as they mature, which means all are female when they attain trophy size. For this reason we target snook as a 100% catch and release species on my charters.

Trout catches have been consistent but may taper off as the water continues to warm. You may find them early around shallow spoil banks or lying in potholes on shallow grass flats. Later, as the sun warms these shallow waters, keying on deeper, greener water proves more productive. Color streaks, where murky water meets green water, are always worth a shot. Slicks, too. I almost never pass an area with numerous slicks and lots of bait present.

Most of the bigger female trout have lost weight through spawning, but that's not to say heavyweight specks are no longer available. If you are into catch and release to conserve these great fish, I recommend the quickest release possible. Carry a waterproof camera while wading and keep them revived while snapping a few photos.

If you want to get on some good trout action this month, study the solunar feeding periods and target depths of three to five feet with sandy/shell/grass bottom. Bait is always a primary key and cooler times of day are often best. There are undoubtedly many more factors, but the ones mentioned should get you started in the right direction.

Never thought redfish would be so hard to target. There have been days when catching was easy but, for the most part, they are very scattered and holding super skinny. The eastside sand flats are usually reliable in summer but not so this year. Last year we saw redfish numbers increase in the fall as temperatures dropped and rainfall reduced the salinity. This gives us something to hope for in the next couple of months.

I will be attending ICAST in Orlando, Florida, this month for a peek at the latest fishing equipment, accessories, and clothing. I'm looking forward to meeting with my major sponsors – Power Pole, Simms, AFTCO, 13-Fishing, Seaguar, AFW, and Costa. Stay cool and best fishing to all.