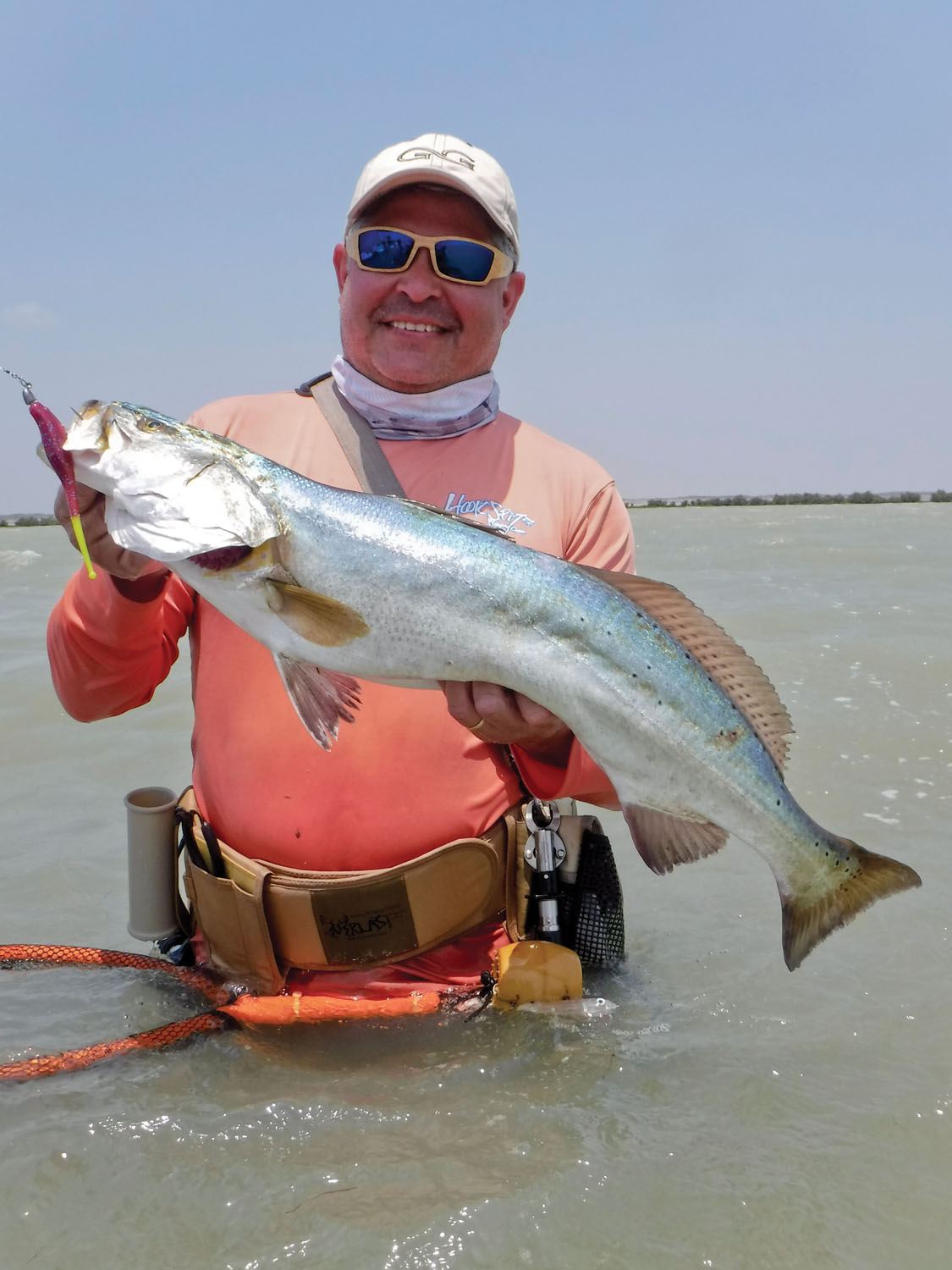 We have been enjoying a great spring season on the Lower Laguna, catching lots of fish, but our fishery is definitely different than it used to be. Seasoned anglers, those with enough experience to recognize patterns and find fish nowadays, will all say that consistent catching requires more creativity and a lot more work.

It wasn’t all that long ago, large schools of redfish would roam our bays and remain in general areas for weeks, sometimes months. Trout were more plentiful, in general, and big trout were far easier to pattern.

I could run through a lengthy list of probable causes but several are strikingly prominent. Tide levels the past couple of years have averaged much higher than in the past. Boat traffic has perhaps more than doubled, maybe tripled. And air temperatures through what should be cooler months rarely dip below the 60s.

I mention these things not to be a prophet of doom, but to encourage greater conservation in our fishing practices and courtesy toward our fellow anglers. We cannot control weather and tides but we can certainly strive to be better stewards of the resources and treat others on the water the way we would want to be treated.

Southerly wind reaching 30 MPH most days has been dictating where we could fish. Hugging protected shorelines while working coves and back-bay drains have been our best strategies when the winds really howled. Flats along the east side of the ICW have also been day-savers. Trout and reds both seem to be feeding best in the lower parts of the water column, so concentrate on making slower retrieves. Flounder are always a bonus when fishing this way.

When targeting flounder, I would focus on the edges of East Cut drains and guts and along old oil field channels. The ICW drop-off will almost always produce a few, wherever you stop. Two great flounder tips: Where there’s one there’s usually more. And, use a landing net when planning to invite a doormat to dinner!

Redfish are up to their old tricks again – here one day and gone the next. I blame the high tides and boat traffic for the scatter. When targeting reds, we work tight to flooded shoreline grass and hit every drain. If current within the drain is too strong, back away and work the area where the flow fans out onto the flat.

There has been some bird action over pods and small schools of redfish on the flats when wind reaches 25+ but not so much when it’s calmer. The east side sand has at times held the most redfish I've seen so far this year. The best times have been early morning and late afternoon. Gold spoons have been the top producer, followed by KWiggler Ball Tails, and a few on topwaters. I expect increased fishing pressure in June will make it even tougher, pushing them either much deeper or super shallow.

Moving on to trout fishing. It has become widely accepted that everything is running early this year but, when considering bigger trout I have to disagree. What should have been happening over the past several months is just now coming into play. We are finally landing trophy-size fish at the rate of several per week. Even though weights are down due to spawning, they are still trophy-length and it is gratifying to know they are still out there.

The best pattern for big trout has been working areas with the greatest concentrations of mullet. Under that scenario you would expect topwaters to do the trick but, surprisingly, soft plastics have given us more bites. Potholes lying knee- to thigh-deep in grassy areas close to shorelines seem to be preferred haunts of larger trout the past several weeks. As always, I encourage releasing large trout, and nothing promotes their survival as much as careful handling and letting them swim away as quickly as possible.

New lures come and go but some earn go-to status very quickly. If you have not tried KWiggler’s new Willow Tail Shad, I highly recommend doing so on your next outing. Their fluttering tail action is superb and seems to draw strikes when other baits get ignored. They are also very durable, just like the rest of the KWiggler family.

Another product I recommend highly is the AFTCO Cumulus Tech shirt. The fabric is remarkably comfortable, blocks 98% of UV rays, and is stain free. Hands down I believe it is the best fishing shirt I have worn. Check them out at Fishing Tackle Unlimited stores or visit their website.

Until my next article; best fishing to you!