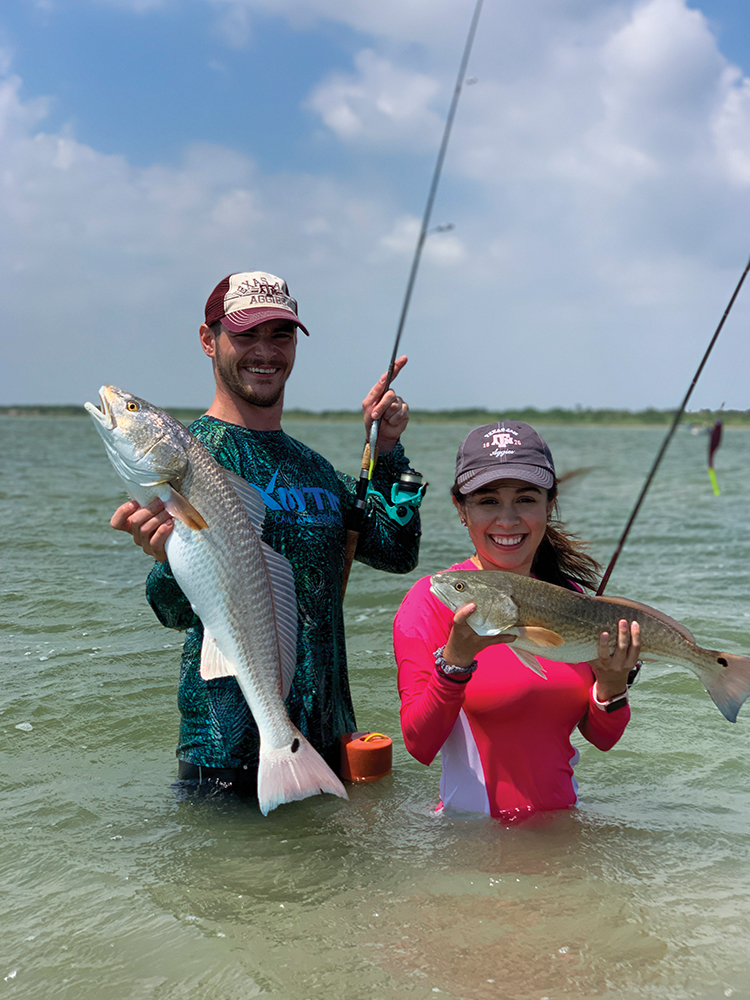 Hard to believe it’s almost June. May is traditionally a windy month on the Lower Laguna, June is generally friendlier to anglers. June strikes me as a transitional period, with diminishing winds and soaring water temperatures, easily reaching well into the 80s most days, and even the low 90s on occasion. June is certain to deliver more boating and fishing pressure, especially since so many have been in home quarantine the past six weeks.

Despite many days with strong wind in May the fishing was good overall. I expect this will continue through June, even though mid-afternoon water temps may produce a slower bite. You might want to begin planning your fishing trips for the cooler periods of morning and late afternoon. The tides have been running above normal, but we usually begin to see more normal water levels sometime during June.

If I could summarize June fishing in only a few words I would choose hot and cold. Why hot and cold? I say this because it’s usually all about the water temperature. During the middle of the day, when the water becomes really warm, fish tend to hunker down and settle toward the bottom in deeper guts and along the edges of channels. The bite will be slow, especially when tidal movements are weak. This is when your water temperature gauge becomes your best friend.

We are still catching decent numbers of redfish but they are becoming tougher to pattern and locate in viable numbers than a few weeks ago. We are currently finding them in sand pockets along spoil banks, lying in potholes on grass flats, and deeper holes within shallow flats. During June I expect to see them more numerous on tide-swept flats near the gulf passes.

We often find schools of reds during June on the eastside sand flats during the low light of early morning and evening. But nothing will wreck that pattern quicker than non-stop boat traffic. We will just have to wait and see how that plays out.

One more tip for finding reds, especially if the wind is blowing late in the afternoon; look for the telltale sign of gulls hovering and diving on shallow flats. The water will be muddy but don’t let that deter you. Those gulls are picking off small shrimp the reds are rooting from the soft, grassy bottom.

Trout have been spawning almost two months now and we are definitely seeing a decline in the weight of larger specimens. The length doesn’t change, they just get skinnier. I will honestly say that big trout season this year was rather lackluster. We caught some good ones but the warmer than average weather delayed the pattern and we lost some really good days during the stay-at-home lockdown. Keeper-size fish of sixteen to twenty-inches are currently keeping us in the hunt.

Lately, trout slicks are popping reliably in the early morning and late evening hours. A good rule of thumb is the greater the number of slicks the greater the number of fish feeding within an area. Always remember that unless you actually see the slick pop on the surface, the size of a trash can lid and completely round, the fish that made it is somewhere upwind of where you are currently seeing it. This slick pattern will generally continue through the summer months.

Another good plan for catching trout in June is to fish along the ICW or similar channels during periods of strong tide movement. You will no doubt find lots of small trout but there are usually a fair number of keeper-size fish as well. As the water heats up I will tend to work my KWiggler Ball Tails lower in the water column with a slower retrieve.

Trout have been taking topwaters from sunrise until about mid-morning and again as the sun fades toward evening. I highly recommend single hooks on surface plugs as the floating grass is already becoming a problem. Gamakatsu’s Live Bait Hooks with rings are my go-to; size 1/0 for smaller baits and 2/0 for medium-size.

Summer is here and lots of boats are already on the water. Courtesy toward your fellow anglers will always be the best policy. As you leave an area, drift away if you can or use your trolling motor to avoid disturbing others still fishing there. Be mindful not to cut the wade or drift of other anglers. Another good strategy is to use the ICW or other channel as much as possible when running to your next spot. Here’s wishing you a safe and productive summer fishing season.