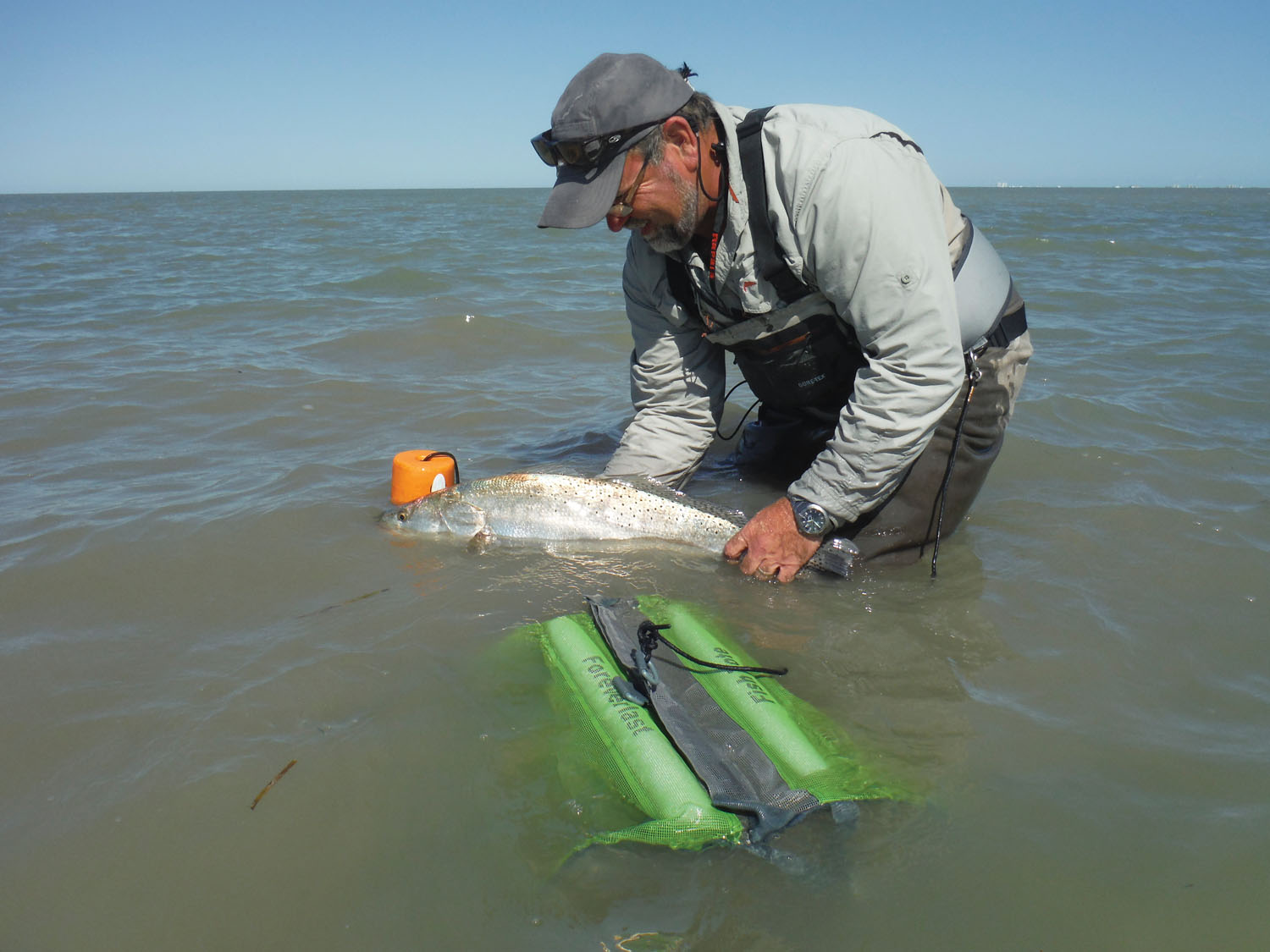 Sadly, the 2015-16 trophy trout season is dwindling down to the final weeks. Usually by the second or third week of May the mature females will have begun spawning and this means the additional weight of their bulging roe will no longer help tip the scale. We should still see a few heavyweight specimens exceeding eight pounds into mid-June, but the odds grow longer by the day.

All winter I encouraged and praised my clients scoring personal-best specimens but never did I imagine it would be my turn. As a guide, I strive every day to put clients first, placing them carefully where I believe they will have greatest opportunity, then backing away to allow them to achieve their goals. Well, sadly in a way, it didn't work out even though my client and I were a mere fifteen yards apart.

For two days I could do no wrong even though I badly wanted my client to experience what was happening to me. The first day together I landed my best-ever trout on a bone-diamond K-Wiggler Ball Tail that pulled my Boga Grip to exactly eleven pounds. My previous best, a heavy ten-and-a-half, had reigned sixteen years during which time I must have waded thousands of miles and made at least a million casts. I released her as soon as we could snap a few photos.

The second day was also very remarkable. Working a series of potholes with him only a few rod lengths to my side, I landed a nice eight pounder. Quickly releasing her, I made another cast into the same vicinity. A couple of twitches later I hooked another beauty that weighed right at nine pounds on the Boga. It was then I came to realize that I had caught three trout totaling a little over twenty-eight pounds in two days with the same client. In the midst of being blessed with three great fish I still wished they'd come into his hands.

At present we are seeing birds beginning to work above schools of trout in late-afternoon. Shrimp are caught between hungry trout and frenzied gulls. If the trout don't eat them up from below the noisy hovering flocks pick them off with sniper precision. While most "bird" trout tend to be small, we often find better fish when birds work in the shallows–one to three feet deep. Bird fishing is lots of fun but it can be frustrating at times. When the fish are running small in deeper water, try working deeper in the water column, below the small fish. Feeding slicks are also becoming prevalent toward evening, especially when you can catch a moving tide. Targeting multiple slicks in a small area is another great way to find lots of bites.

Redfish action has improved steadily as spring progresses. Higher tide levels opened up the back bays making shorelines very productive. Nowadays, with the higher volume of boat traffic, back bays may not contain large schools of reds like they did a decade ago but there are still lots of scattered pods and singles. The sand-grass transitions have been productive in early morning hours with reds absolutely crushing smaller topwaters. One way to locate hotspots is to look for large mullet schools stirring the water to slightly murky. K-Wigglers and gold spoons have also been good lures.

I have mentioned quite a few times recently the improvement in flounder catching the last couple of years. It's no longer a big surprise as we wade the flats and hook several doormat size flatties on plastics. Throughout the mild winter and early-spring we continued catching them periodically, without targeting them. I look for the flounder landings to continue to increase as the water gets even warmer and fish returning from their winter spawning runs to the gulf stage in passes and sloughs between back lakes and bays.

I want to again thank my sponsors for supporting me in the catch and release incentive program I started in mid-February. As of this writing I am very proud to announce that we have caught and released 289 redfish, flounder and trout, including personal best trout for some anglers. A hearty "Thank You" to Fishing Tackle Unlimited, Shallow Sport Boats, Simms, Costa, K-Wiggler. Most of all, thank you to my clients that have participated in giving back to the resource that we are so blessed to enjoy.

I invite you this summer to come experience a ride on my new 24' Shallow Sport Classic. You will be completely impressed with its total performance, storage space and the looks of this awesome machine. Until then, may your efforts bring you the best fishing ever.