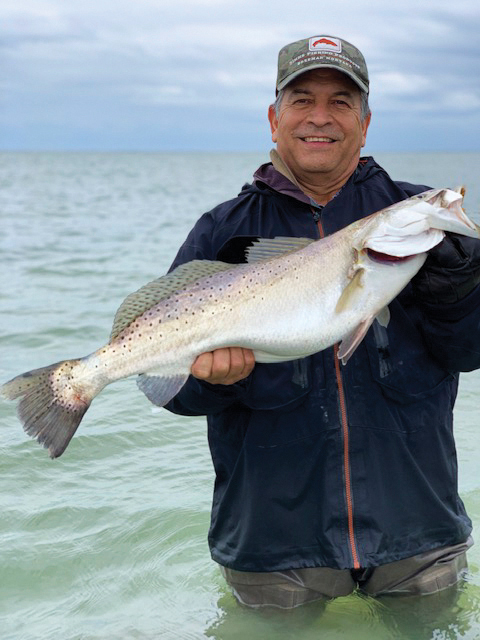 I am not much of a gardener, but I know from eating some good and not-so-good fruits and vegetables over the years, the best of each category are the ones allowed to ripen fully before harvest. Likening the selection of the best tasting fresh produce to fishing; nothing beats picking the right spot at the “ripe” time.

Fishing today is nowhere as easy as 10 or 15 years ago. Back then you could go most anywhere and catch decent numbers on any bait you threw at them – live, dead, or artificial. Fish were that plentiful.

Nowadays, even for those of us who fish as many as six days a week, staying on the bite is a challenge. To be consistent today, waiting for the right moment at the right place has become increasingly critical, given the number of boats and anglers on the water. Increased pressure has changed fish patterns. We must adapt or the only line we’ll see moving is when checking out at the grocery store.

I cannot count the number of days we fished areas known to be holding fish when they simply would not bite. With a solid hunch the fish are there, we often revisit these areas and find them biting, which begs the question, why didn’t they do this earlier?

Why and how did the area ripen? Well, there are many factors involved, but one thing is certain, no animal feeds twenty-four hours a day. So, referencing the day’s solunar majors and minors and the tide charts is a great way to build a game plan.

Here's an example of a lesson learned. Just recently we fished an area that had been producing steadily for more than a week. I thought it would be ripe for our first stop, but boy was I wrong. We got one bite and I left with a sense that they were still there.

Later in the day we returned to that spot and struck out again. Later, speaking with my son, Capt. Aaron Cisneros, he asked about that spot. “Don’t even waste your time,” I told him. Well, he went there anyway later in the afternoon and waded into a solid bite. Every day on the water is a learning experience, that’s all I can say.

Here’s a good question. How will we know when the area is ripe? Slicks popping on the surface are always a solid indicator. Also, during the month of May with strong springtime wind still with us, keep an eye on shallow flats where the wind has churned the water a muddy color. Quite often during late-afternoon hours we see gulls hovering above shallow water and they’re there because a school of reds are rooting brown shrimp buried in the soft bottom. Another good strategy is to focus on shorelines in backwater areas just recently inundated by higher tides. Find bait, birds, and/or slicks and it should be game on!

Our big trout are still out there, as evidenced by some nice seven, eight, and occasional nine-pounders. But, with water temps rising they are beginning to scatter into smaller groups, inhabiting different structure – spoil humps and shorelines swarming with bait. May is the last month for heavyweight trout, on average, as the rigors of spawning take their toll. They’ll still be trophies, in regard to length, they just won’t weigh as much. Good baits will be the Super Spook Jr. and KWigglers Willow Tails. You might also want a Barboleta Léle in your wade box.

While redfish continue to be scattered in general, we are finding some schools on the Eastside sand and grass flats. An encouraging sign on the Westside flats is the number of blue crabs we are kicking up while wading, which might be the reason we are beginning to find occasional pods and small schools there. We need the shrimp hatch to catch up with the blue crab invasion and I predict redfish will become more plentiful in the coming months. Top artificial baits for redfish are currently gold spoons, Kwiggler Willow Tails and Ball Tails. Small topwaters have also been effective.

Judging from recent landings of small flounder, it’s beginning to look as though we may be in for a better early summer season than last year. Carry a wading net if keeping one for dinner is a priority; flounders are escape artists.

Overall, fishing has been good but also inconsistent at times. May’s increased boating and angling pressure will likely contribute to more scattering. Fish weekdays if possible, and early and late on weekends to improve your odds. Keep only what you’ll eat fresh and practice CPR as much as possible so that others can enjoy the fishery.