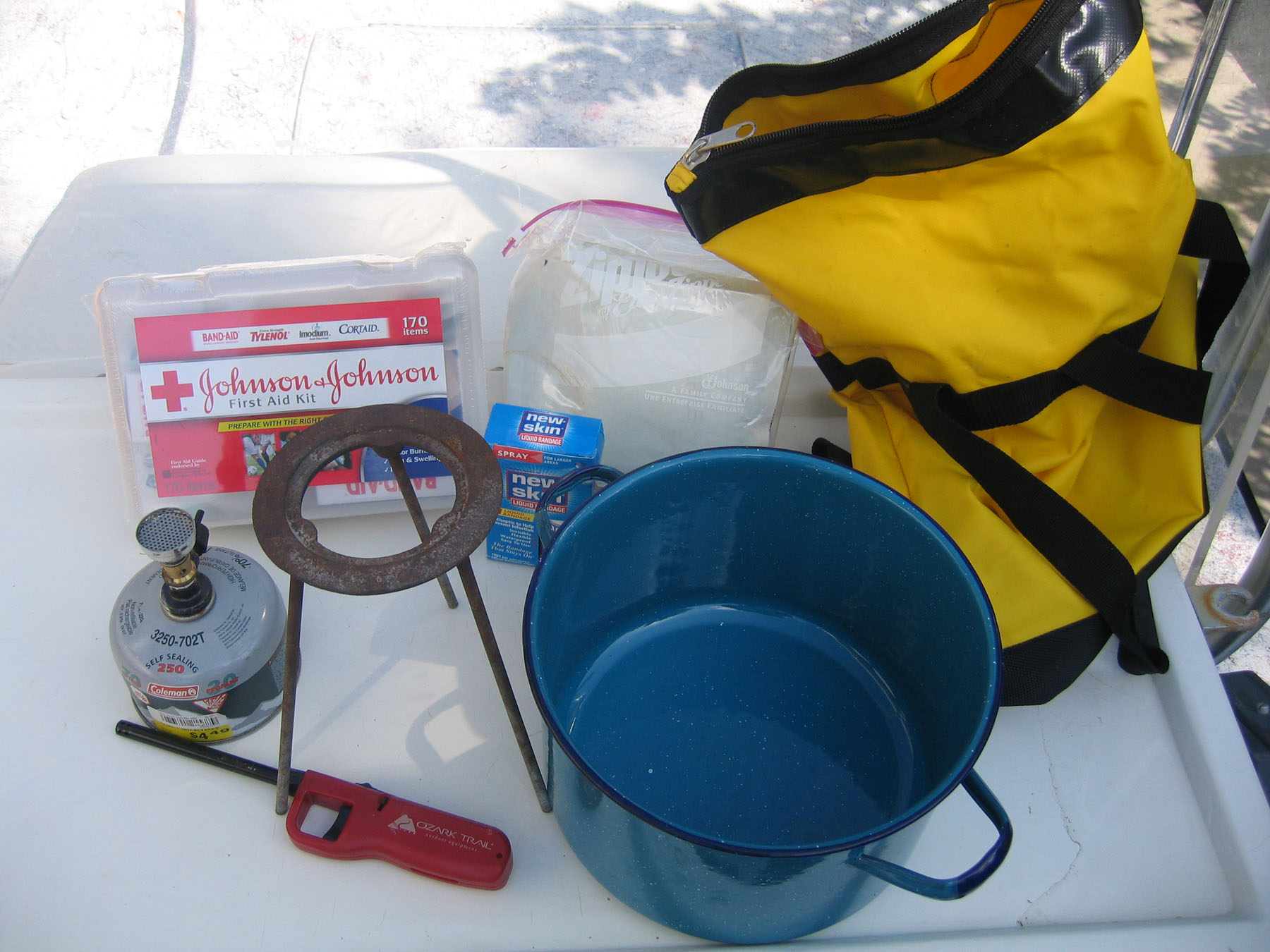 First aid—Be prepared for minor injuries on the water.

Weatherwise - July is typically the hottest time of the year to be on the water. Luckily, your catching opportunities in July can be equally as hot if you make all the right moves. Successful fishing outings in July could mean getting your feet wet as the sun begins to expose itself long before boat traffic begins to stir up the movement of fish. The summer months usually bring much boat traffic on the water so getting to your desired spot early can make a huge difference when looking for a good morning bite.

Calm nights and mornings with little or no boat traffic will allow the fish to feel safe as they venture onto shallow flats and shorelines overnight to feed. So getting out there before the blast of 100 outboards scatter the fish is something you'll certainly want to consider.

In July the winds are usually fairly calm until mid-day, so there is a window of opportunity to experience fun-filled wades on shallow flats that hold tailing redfish. A barely rippled surface early in the morning is ideal for spotting your target before you catch it.

Currently, our bays are full of baby shrimp, pin fish, mullet, and nickel-size crabs. The good news is that our bay waters have continued to stay in great shape, and if July continues to be anywhere near where late May and all of June took us, then we are in for many entertaining and fun catching days.

As of this writing, the current water levels remain higher than normal for this time of year. The higher tides have made the back bays an excellent choice to start off the morning. Although, I would like to add that in some parts of our bay system, the higher tides have caused the fish to scatter with more acres of water to roam. In areas where we know the fish are holding, but are more widely scattered than normal, we are compensating by picking up the pace of our wading and fanning our casts across wider zones to find them. As soon as somebody hooks a fish or gets a blow-up we slow down or stop to explore more thoroughly. These are the type of changes we are making to help us find fish during these high tide periods. Small changes such as changing the pace of your wade according to how the fish are situated can bring about better results.

Another scheme that has been very productive for us of late is to re-wade a productive flat. Let me give you an example: Early this summer I had a really fun group of experienced fishermen on board. While running a crystal-clear flat, I happened to run into a good size school of redfish. I shut down and gave the guys some instructions. I also mentioned that I would be dropping them off and relocate approximately five hundred yards off to their right. As I waded into a cove, I lost sight of the group for about an hour. But, upon my return I saw that everyone had their stringers out, and they were all smiles. With excitement and enthusiasm, they recounted the awesome redfish bite they had just experienced.

So getting them back in the boat, I discussed what I thought were their options for the rest of the day. Now, privately, I knew the fish were still there, but I didn't expect them to have as much faith as I did. "Guys, I said, "We could change to another location and hope to get into some new fish, or we can repeat this wade and continue having a blast catching and releasing these redfish."

They unanimously opted for the latter choice. We all (including me) hopped on the boat and positioned ourselves for the exact same wade as before. Our walk was a swift one until someone would be at the receiving end of a hook-up. As one's rod would bow down then another would follow seconds later. The second wade through the same area was as productive if not more as the first. I could see the guys were having a blast. As for me, they kept me working really hard, running back and forth from angler to angler trying to get some good action shots with my camera. As the trip came to an end, their comments were, "We are sure glad we decided to stay put." So was I.

In July as the "Heat Is On" by mid-afternoon, the fish will tend to migrate to cooler, deeper water. This is where the edges of guts and channels, drop-offs near spoil islands, or the ledges of the ICW can bring good results. Working plastics or spoons in belly deep potholes can also bring desired results during the heat of the day. When working guts and drop-offs, your chances of hooking up on flounder will be good. July historically has been a good month for catching flatties. In addition, July is a when redfish begin to school up in large groups. If your yearning is to fight oversize brutes, July is the time to be out on the water.

Summer time also means that we will begin to see an increase in stingray sightings and stingray injuries. Be careful out there, and make sure you shuffle your feet or wear some kind of protection. I recently went out and purchased a small propane burner, a pot, and a tripod to carry on the boat. Placing the wound in heated water will bring some relief from the pain inflicted by the barb and the released venom. Hot water helps to break down the complex proteins of the venom that a stingray releases. If you happen to be a victim of such a painful ordeal, I highly suggest you seek medical attention afterwards. The risk of infection is something you would want to avoid.

If you like smoking drags and red hot fishing, summer time is an excellent choice and sure to bring you some memorable trips of fun catching days. Bring plenty of water for your thirst and also to pour on your scorching drags as they sing to the tune of "The Heat Is On."