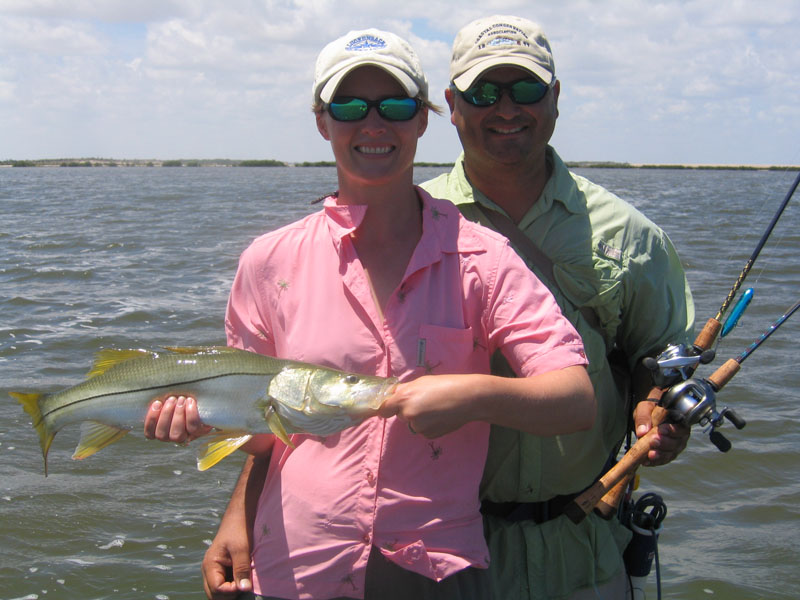 Summer is gone and so are the extremely hot temperatures that accompany the months of June through September. It turned out to be a really great summer as far as catching goes. There were many personal best days and countless memorable and fun days on the water.

One memorable trip that stands out among the rest is a trip where Kevin Clark a regular client wanted me to take out his two kids that were visiting for the summer, nine year old Kraig and Kevin Jr. his twelve year old. It was my first time meeting them, and I was taking them out fishing without their Dad or any other relative. You bet many things that could go wrong raced thru my mind, and their Dad's phone number was certainly on speed dial. What a big responsibility for me, but even a bigger decision on Mom and Dad's part to trust me with their prize possessions. In the meantime I'm thinking I am the only guide service that offers baby sitting on the water. Do I have them take a nap? I didn't know what to expect. When I picked them up early in the morning, to my surprise they were more ready than most adult fishermen. They had their ForEverLast wade boots on, life jackets, sun screen, food was packed and drinks on ice. When you're as ready as they were, I know you are excited about fishing.

Dad instructed me to teach them the ways of wade fishing since they had no previous experience in wading the shallow waters of the Laguna Madre. I chose our first spot with a hard bottom that provided an easy wade for a beginner. The bonus was that the fish were there, and they provided some excitement for all of us. The kids were learning and absorbing every enjoyable moment. They didn't require any teaching on how to cast and only a few pointers on how to retrieve their topwater. Almost immediately they were on fish. The catching went on for a few hours. Kevin was able to land his first ever limit of reds and Kraig caught one red and lost a few others.

At our next stop, I experienced something that will stand out in my mind for a very long time. Little Kraig was wading but not really paying attention to his fishing. He was more interested in the scenery of his surroundings when out of nowhere a big redfish jumps all over his lure, and that's when the excitement began. That set his brother Kevin off coaching Kraig as if he was in the World Series at the bottom of the ninth inning. Forget that I am supposed to be the professional here. To them it was only those two and the mean redfish in all of the Laguna Madre. The redfish is stripping line, rod is extremely bent and two kids yelling and hollering at each other; can you imagine this, and the entire time I didn't even exist.

As I approached Kraig dying with laughter, the redfish decides he has not had enough and makes one last strong run and in doing so the redfish snaps the rod in half. Kraig sees the tired redfish and begins chasing it while holding the broken rod in one hand. The redfish did get away, and all Kraig could say was sincere apologies for the broken rod. By this time I was laughing so loud I could hardly stand up, and when I did finally stop laughing, I told him the experience was well worth the broken rod and handed him another one. The kids left with a wealth of knowledge and most certainly passed the test.

The thought that grasped my mind afterwards was that we should always be willing to learn like children; and most important, lets not forget how much fun fishing can be.

For the month of October, we will be fishing areas that were just recently inaccessible because of low tides. The back bays will again be inundated with plenty of water. Along with the influx of water, bait will once again fill shorelines that were void of any fin creatures for the majority of the summer.

I have already noticed a decrease in boat traffic on the Lower Laguna Madre. Less boat traffic means fish will not be as spooky as they were several weeks back. With less pressure on our bay system, there will be plenty of opportunities to get close to fish that were once hard to approach because of all the boat traffic during the summer months. We will continue throwing topwaters throughout the day, but making sure to have a gold spoon and plastics readily available.

The month of October also offers a great opportunity to experience some great evening fishing. It's also the last month to take advantage of daylight savings time. In the past we have made it a point to experience some awesome sunset fishing trips in the fall. If you love catching fish and desire to view some of the most picturesque sunsets that this planet has to offer, the Lower Laguna Madre is the place to be. So come on down, but make sure you don't wade and fall, but experience wading in the fall.