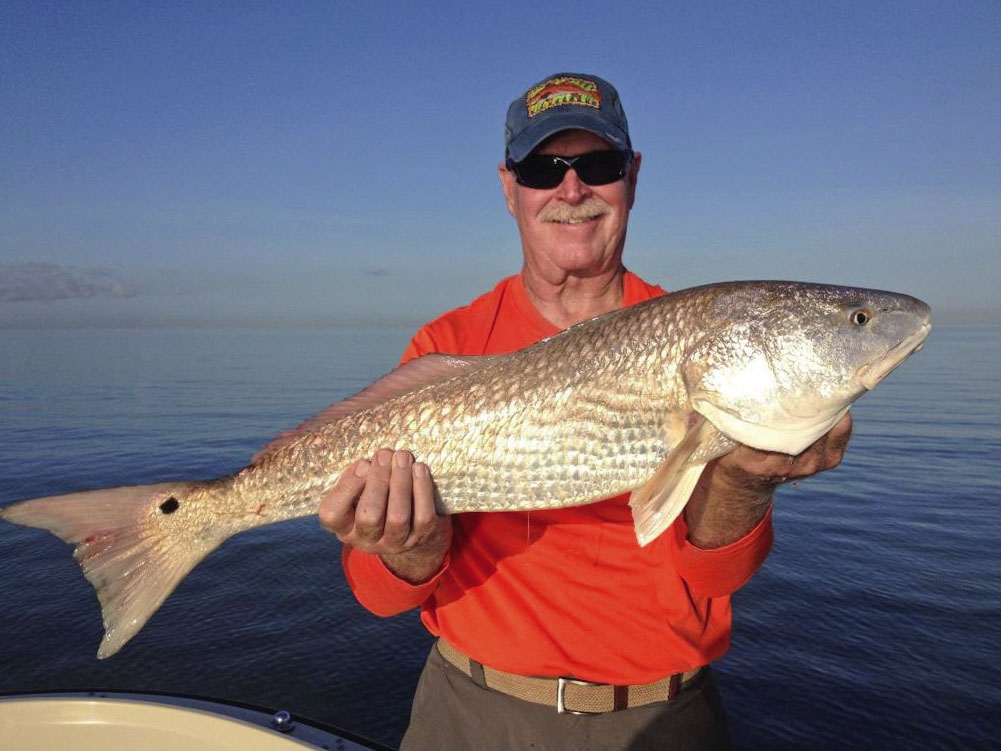 The past couple of months have been extraordinary. I have to admit, there were times this year when I questioned just how many trout we had (or didn't have) in the Galveston Bay Complex. In retrospect, there were many days when southwest winds persisted and fishing was slower than usual. In addition, habitat (mainly oyster reefs) has changed a fair amount in the last six years primarily because of Hurricane Ike. As a result, many trout now frequent different areas. Live oyster beds hold higher concentrations of forage species than barren flats and dead reefs. When the food source relocates, so do the predator species. My family has a small ranch in South Texas. Every fall my dad plants about seven acres of oats. If we get timely rainfall, the oats flourish and it's not uncommon to see 30 deer grazing every morning. Last year the oats didn't do well and most of the deer traveled elsewhere to find an easy meal. When a reef dies or becomes covered in silt, fish are going to relocate. It's really that simple.

Speaking of food, we've had an exceptional white shrimp migration this fall. This coupled with an abundance of shad has resulted in some very healthy trout and reds. The overwhelming amount of food is making it pretty easy to locate schools of trout on most days. With each passing cold front the trout become more gluttonous. Their regurgitation causes slicks that are hard to miss. It honestly doesn't matter which part of the bay you fish right now. We've been doing well in East, Lower, Upper and Trinity Bays, drifting and wading. The results have been the same pretty much everywhere. I've also been getting some good reports from West Bay already as well.

Most of the time we're drifting in 4 to 7 feet of water while keying on a variety of signs. Slicks are always number one but some days they are few. This is when we do weird stuff. One of my favorite things to do this time of year is to work big schools of black drum. Schooling drum stir up the bottom causing areas of muddy water that resemble underwater plumes of smoke. Shrimp, crabs and other morsels are kicked up bringing in trout and reds in the process. Another back-up plan is to find an area over clam or oyster shell where a few mullet are flipping. I'm not necessarily talking about wandering around aimlessly across the wide-open bay until you see three mullet jump then start casting. Instead, go to a high percentage area where you've recently caught fish and peruse it until you narrow it down to the smallest patch of water with the most bait activity. Color streaks are another effective sign. Wind and current will streak up the water and create ambush points for trout.

Topwaters of the Spook One Knocker variety along with all of the smaller versions of MirrOlure and Rapala surface plugs have been doing very well both wading and drifting. Saltwater Assassins, Tidal Surge Split-Tails and K-Wigglers have all been productive on any given day as well. The size of the trout bay-wide has been averaging two to three pounds with a fair number of 4- to 6-pounders.

It seems like we've been clinging to a summertime pattern forever, but that's finally starting to change. December will be spent fishing over more mud bottom with scattered shell. Towheads, mud guts, marsh drains, scattered shell, Corkys, MirrOdines and Maniac Mullets are all key words to remember for December.

I've been getting quite a few calls from folks asking about the "flounder run." I personally don't fish for them much anymore, but I have some friends who do and they're telling me that the migration is running late this year. This isn't surprising as everything has been about a month behind schedule pretty much all year. At the time of this writing most of the flounder I'm hearing about are being caught in back lakes, coves and around marsh drains on small soft plastics and Berkley Gulps. Look for those flat fish to start stacking up in their more traditional haunts in the Galveston Channel and around Seawolf Park as water temperatures drop. It should be a fantastic month for flounder given this year's pattern. Also, remember that the daily bag limit for flounder is only two from November 1st through December 14th. Good luck and I hope everyone has a very Merry Christmas!

See you on the water,
Capt. Steve Hillman