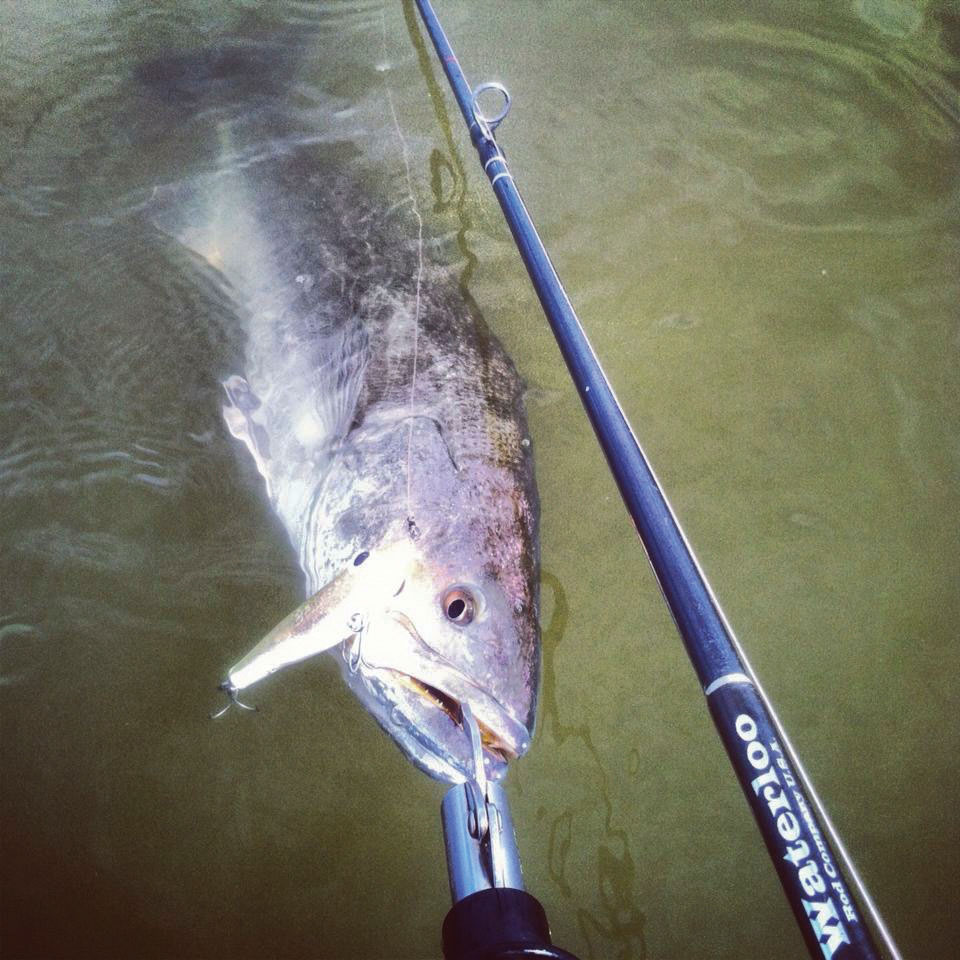 The dead of winter can be downright frustrating at times but if you do it right, some of the best fishing days can be recalled from cold January outings. This and February are our coldest months here on the Galveston Bay system, fish metabolism is slower than normal and in return they feed less frequently. But when they do decide to feed, they feed hard.

January's skewed weather patterns make it difficult to find a good time to go. One day it will be near 70 with southeast and the next morning will be blowing 35 knots northwest and two feet of water will be gone from the bay, but I guess that's just Texas weather in general. Fishing after hard fronts can be difficult for obvious reasons including extremely low tides and cold-shocked fish.

Low tides can be good and bad at the same time. Cold fronts pushing so much water out will also relocate a lot of the fish to deep drop-offs and ledges close to channels, bayous and rivers, making them easier to locate BUT harder to catch. Fish seem to feed better when they're comfortable and not in survival mode to escape the now, dry flats that they had been residing in.

When the tide returns they will make their way to the mud flats again in search of mullet and will be more apt to eat your Corky or topwater. A primary key is always in fishing close to deep water "getaways" this time of year. Fish are programmed by nature to endure back to back fronts and extremely low tides so, rather than venturing far from their deep water getaway, they stay close, anticipating the warm-up and drop in atmospheric pressure preceding the next front. This weather yo-yo produces righteous feeding activity. Bait activity at the edge of the flats is the signal to watch for.

Cold-shock will shut fish's metabolism down dramatically. If the temperature drops too quickly, the fish will go into hardcore survival mode and retreat down to their deep water getaway. After they acclimate to the cold, they will crank back up and feed again, it just takes a day or so. This is only true on extreme fronts where the temperature gets below 40 quickly and remains there for several days. Fish don't necessarily like the cold, they feed a lot better on warmer days. If you can catch the weather right a day or too after a front when the sun has warmed up the muddy flats again, it can be phenomenal.

This is the reason that in the dead winter months it is better to fish at "Dark Thirty." Dark Thirty is a term I like to use for the magical last 30 minutes of daylight and 30 more after the sun has set. In winter, I have had more success at this time of day than any other hour. Why? Because the sun has been heating up the flats all day long and the fish's metabolism is cranked up the highest it will likely get for days to come and they feed very, very well.

West Galveston Bay
West Bay has been the saltiest and prettiest to look at among the whole complex. Trout have been consistent wading mud/oyster with Corky Fat Boys and Top Dog Jr. Redfish have remained numerous in the marsh on Bagley Spoons and MirrOlure Marsh Minnows. Remember to fish close to the "deep water getaway" this time of year in areas such as Offat's Bayou, ICW and bayou drains.

East Galveston Bay
East Bay looks like a mud pit right now with a lot of freshwater layered on top but that doesn't' mean it's not fishable. Trout have been generally inconsistent but the bite has been decent when they light-off in the back over mud/clamshell on Corkys and MirrOlure Provokers. Redfish have been mixed with the trout on the mud flats and also in the back lakes off the ICW. Fishing will become a whole lot better as the waters mix and salinity rises.

Upper Galveston Bay
Upper Galveston and surrounding areas are notorious January hotspots for wintertime trout. The whole Upper Galveston Bay region is filled with deep water getaways along the numerous channels and drop-offs. Trout and redfish will stage in these deep holes and channels and then pull up shallower on the muddy oyster- filled flats as the water heats up on warmer days. Finger mullet will be on their menu–and many lookalike lures!

Be safe and stay warm out there!