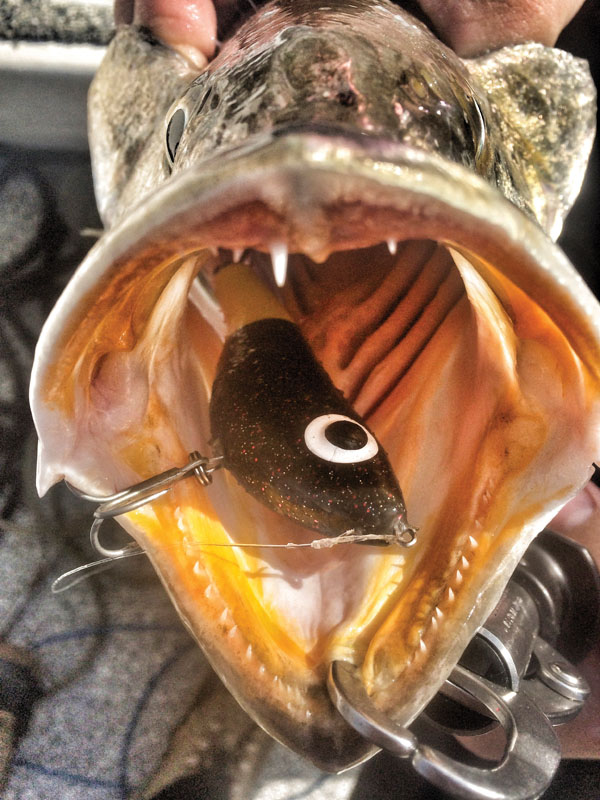 Galveston Bay in March can provide exceptional wade fishing. Fond memories include groups of wade fisherman at first light, waist-deep along a protected shoreline with beautiful green water, shirt-sleeve weather and more topwater blowups than we could count. There are going to be great warm-up days when the fish will feed hard but, we have to remember it's not summer yet. Old Man Winter may not show his wrath every day but he certainly has not packed his bags, either.

March is often termed the month of the spring transition – trout, redfish and flounder begin leaving their muddy-bottom wintering grounds, headed toward the sandier bottoms that make up their spring and early-summer habitat. This is by no means a signal to completely strike mud-shell from your list of fishing locations the first day of the month, however, you do need to anticipate this shift and be ready to take advantage of it. Quite often, as warming periods grow longer but with cold fronts still in the picture, we can notice them bouncing back and forth. Water temperature is the primary trigger and, of course, the migration of forage species it sets in motion. The unpredictability of where the fish might be on any given day can leave fishermen scratching their heads – welcome to March!

And, as if shifts in habitat were not tricky enough, there can also be a wider variety of forage available to complicate feeding patterns. Take for instance when the glass minnows (bay anchovies) begin showing in large schools around the middle of the month. Trout will shadow them and seem to feed best in low-light, usually gorging during the thirty minutes before and after sunrise. Then laying off for the rest of the day, and again for thirty or forty minutes right before dark.

The "glass minnow pattern" is also a time for downsizing to smaller lures, kind of like "matching the hatch." MirrOlure has a great line of baits for this that includes the MirrOdine and the Corky-like Soft-Dine. The 17MR and 27MR are great lures for springtime conditions; their smaller bodies and shad-like profiles are dynamite baits for getting strikes when fish are being finicky. Another great tackle tip for getting more bites in March is going to a lighter jighead on your soft plastics for a slower sink through the strike zone. In situations where I would traditionally throw a 1/4 ounce head, I lighten up to 1/8. Where I would usually throw the 1/8 head I switch to the 1/16.

West Bay has been spitting out some great numbers. The water has been very green and clear, almost too clear at times. This makes it completely different than any of the other bays in the complex right now, due to their mostly murky to muddy water colors. Great stringers of trout and redfish have been coming from the south shoreline coves and shallow reefs on plum-colored soft plastics and Corky Fat Boys. March in West Bay should continue with great consistency amongst the other bays. Keep fishing in mud-shell as you have been but look towards more sandy bottoms as the month progresses!

East Bay has been a mud pit over the past month but has remained surprisingly productive despite this. Trout and redfish action has been steady on Corkys and MirrOlure Catch 5s slow-rolled over heavy oysters and mud. As March approaches, you can start making your way further west across the bay, into sandier bottoms. East Bay's south shoreline is legendary during March for slicking and bait activity. March should also bring better success on topwaters and smaller twitch-baits like the Soft-Dine and MirrOdine. As their metabolism increases with rising water temperatures trout will become increasingly more willing to take a faster-moving presentation.

Overall, I'd say Upper Galveston and its sister bays and coves around the area have been our most consistent producers this winter. This region is blessed with great tidal flows from the Houston Ship Channel that quickly mix fresh water to acceptable salinity and the currents encourage aggressive feeding. On days preceding fronts, anglers have been catching giant trout on Corky Fat Boys and Maniac Mullets. Redfish have been mixed with the trout over heavy shell and mud. March should remain great in and around Upper Galveston but I also expect a sharp uptick in other bays within the complex to give it a run for its money.

Be safe on the water and take a kid fishing! -Capt. Caleb Harp