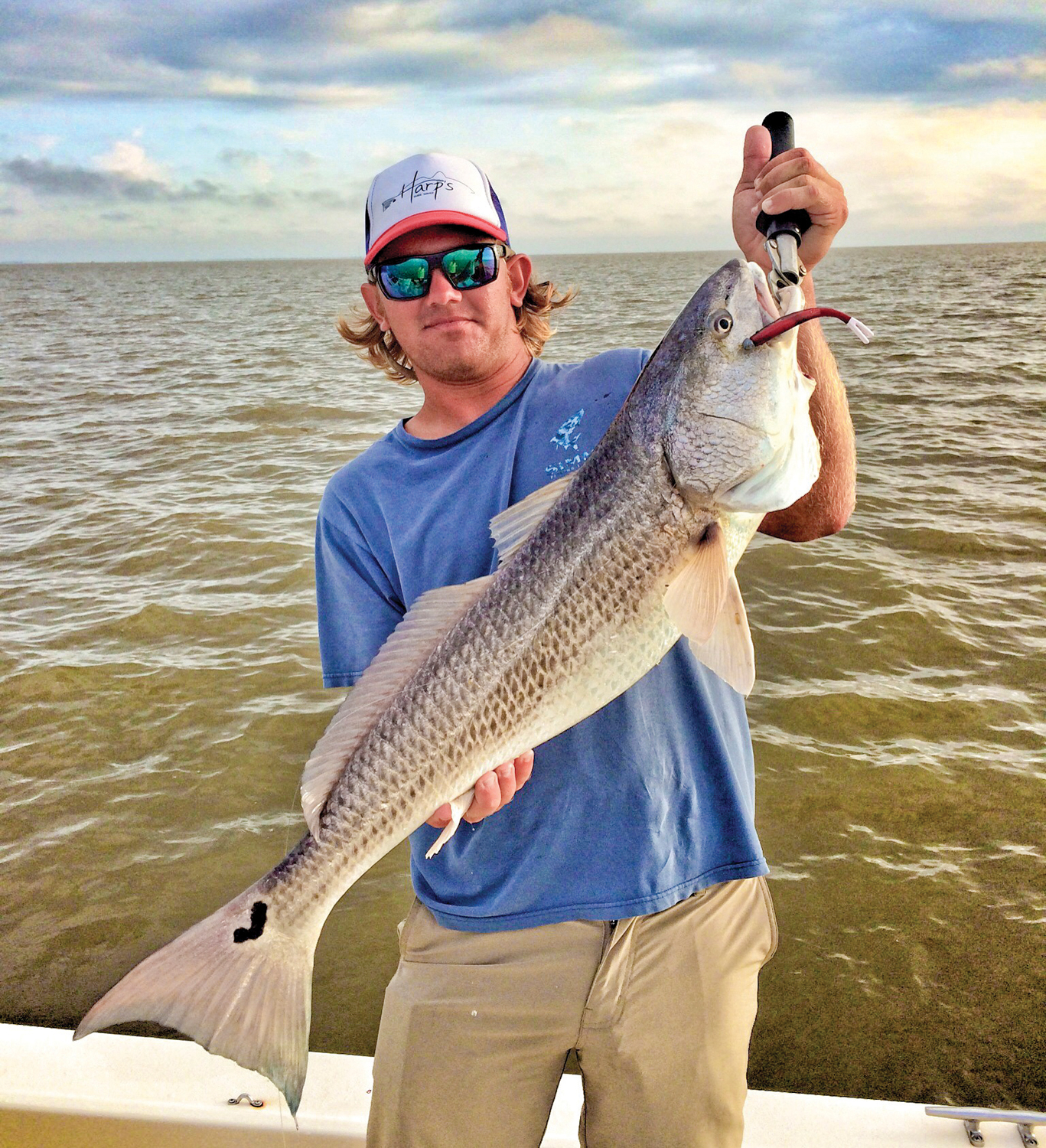 Redfish like this bruiser are welcome surprises while drifting for trout.

Seems it took forever for the spring fishing patterns to stabilize but we’re finally there. Apart from a stray front here and there, everything is falling into place and fishing is greatly improved. The new-found productivity really has me trying to figure out – a huge influx of fish coming in from the Gulf or, we experienced an uncommonly difficult and lengthy spring transition this year. Either way, it seems to be behind us now and nothing could make me happier.

If you pay much attention to reports from the Galveston Bay complex, the general tone has been pretty gloomy the past couple months. Fishing was tough and many people were questioning whether we even had any trout left following two summer stack-ups preceded by five years of drought. Don’t get me wrong, those weren’t good for the fishery by any means, but it’s very hard to get a good sample of how many fish we have in our bay when they aren’t eating every day.

We definitely seem NOT TO HAVE as many resident fish as in the past. Tide-runners are what we call fish that are not native to the bay. They reside primarily in the Gulf of Mexico and enter the bays through the passes during summer, following bait migrations on strong incoming tides. With the exceptionally mild winter and abnormally high water temperatures this late-spring, the tide-runners have already started their swing and have spread across the bays in full force. This isn’t just a one-time deal; these fish will come in waves most of the summer. If my suspicion holds true we could be in for a banner year.

The migration of fish through the Galveston jetties and up the ship channel can be quite phenomenal. These fish will show up one day like crazy and keep riding the tide as far as they can. The gas wells in Trinity Bay are kind of their final stop, making this area so good during the late summer months. The key to fishing these tide-runners is to intercept their migration and find out where they are going to periodically stop. The Houston Ship Channel is covered in oyster reefs and each spoil bank has enough structure to hold fish. Finding little humps and undulations that will hold schools of trout in an area are very good keys to success.

Like I talked about last month, I am excited to see how this year plays out. It seems to me and several old-timers that we are finally going to see a normal year as far as salinity, with no more stack-ups. We should see the fishing continue to get better and better but I feel a move toward more conservative bag limits would be a great boost to our fishery. But let’s not get into that five-hour discussion.