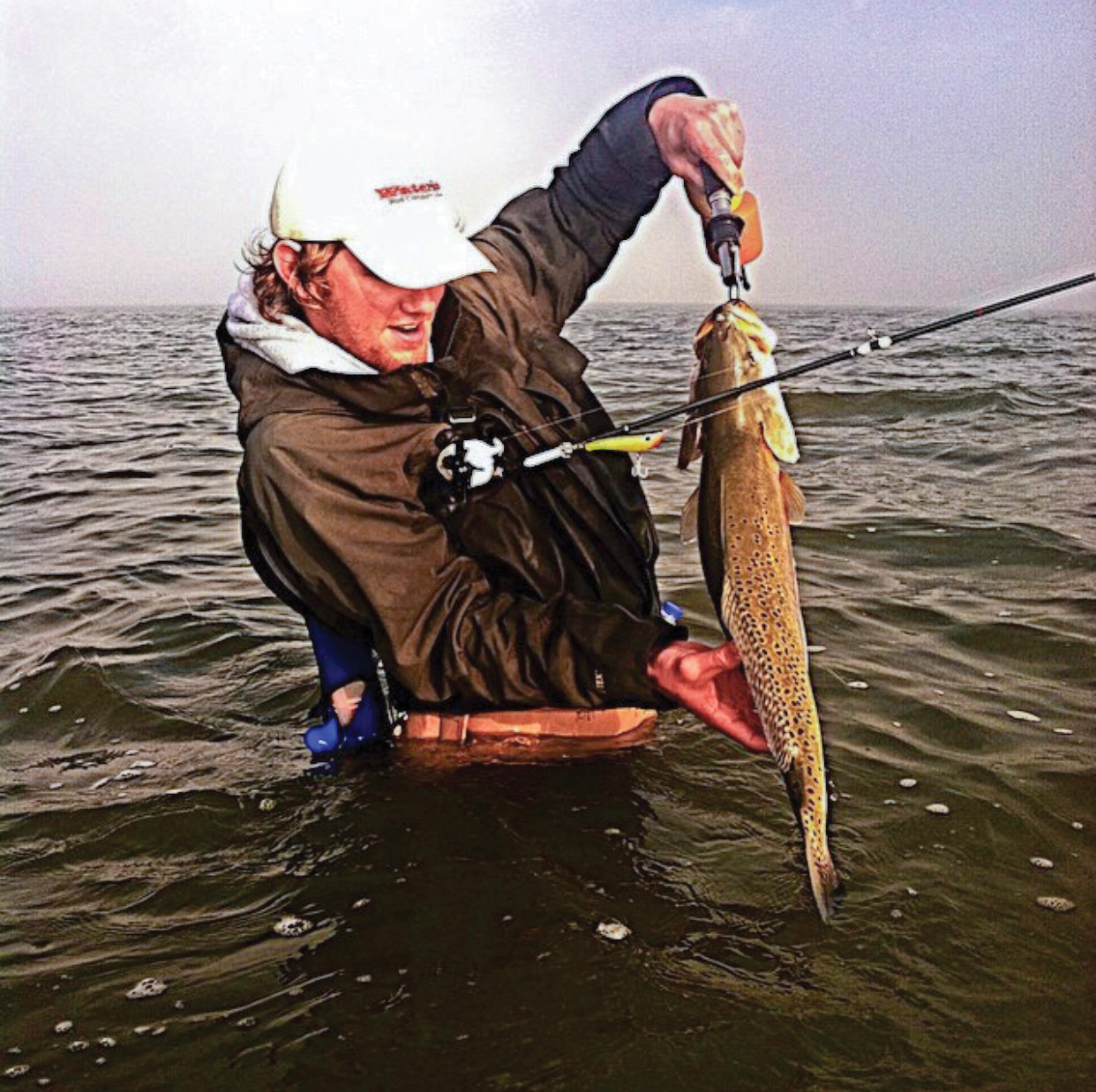 This is what we’ll be looking for in March.

The Galveston Bay complex can produce quite the mixed bag of results during the month of March. March can be the month where dreams come true and also a month of frustration. It is truly a month where timing is everything and lure selection becomes ultra-critical. Fish aren’t eating all day every day, like they do in other seasons, so you’ve got to play by their time.

The fish have been acclimated to the harsh blows and chilly water temperatures of winter over the last few months. As the water temperatures begin to rise, they will start to venture out of their wintering grounds and head toward harder, sandier bottoms and become more active. This process takes a while to register and fully develop.

Like I said, the fish aren’t going to eat all day, nor do they have to eat every day. Finding whenever they want to eat is something that you’re going to have to pattern carefully to be successful. Generally, this time of year, the fishing is best in the last few hours of daylight. I like to call this time of the day dark-thirty. During the spring, the fluctuation in water temperature dictates much as regards how the fish are going to become active and search for food. Being that it can still be chilly in the mornings, the sun heating up the flats results in a better feed during late afternoon, once the water temperature has had time to warm some.

Also, I believe the gamefish we are seeking have better eyesight than the baitfish. Their eyes can adapt to low-light situations and it gives them an advantage in chasing their bait. This is just another reason why they like to eat right at dark. Now, don’t get me wrong, there are times during the spring transition when you can have great bites at sunrise and midday, depending on the moon and pre-frontal weather conditions.

A big key to getting more bites whenever fish aren’t typically feeding regularly is to trick them into eating a small snack. I love to downsize my lures this time of year more than any other season. I feel that the smaller lures are an easier way to produce a reaction strike from a trout that is less than ravenous. Lures such as the MirrOdine, Soft-Dine, and smaller soft plastics like the MirrOlure Soft-Shad rigged on 1/16-ounce jigheads are perfect choices for downsizing.

West Bay
West Bay has been producing good stringers of trout and redfish for wade fishermen. A lot of the coves on the south shoreline have been doing well, ditto the mid bay reefs, such as Confederate. As the month stretches on and the water temperature continues to rise, the fish will turn to sandier bottoms with scattered shell. Windier days seem to always do better in the coves, allowing for the water to get a little mixed up, creating good color streaks. If West Bay stays calm for too long, it will become too clear.

East Bay
East Bay has been decent for trout in front of the drains on the south shoreline during outgoing tides. A lot of these trout have been small lately with occasional four-pounders mixed in. The redfish have been plentiful in the back of the bay towards Rollover and Oyster Bayou amongst oyster towheads. Once the water temperature heats up, the trout will start to migrate to the west of the bay towards sandier flats.

Upper Galveston Bay
The Upper Galveston Bay system has been good with the true winter we have had. This area is full of deep holes; channels and other areas the trout can slip off into to escape the cold. The fish will still linger around awhile but once the water temperature gets really warm, they will start to push further down the ship channel.

Trinity Bay
Trinity Bay has been spotty but that’s not too out of the norm whenever the water is below 50⁰ for a longer period of time. Most of the trout and redfish have been held up around Jack’s Pocket but will begin their migration down the east shoreline as the water temperature heats up.