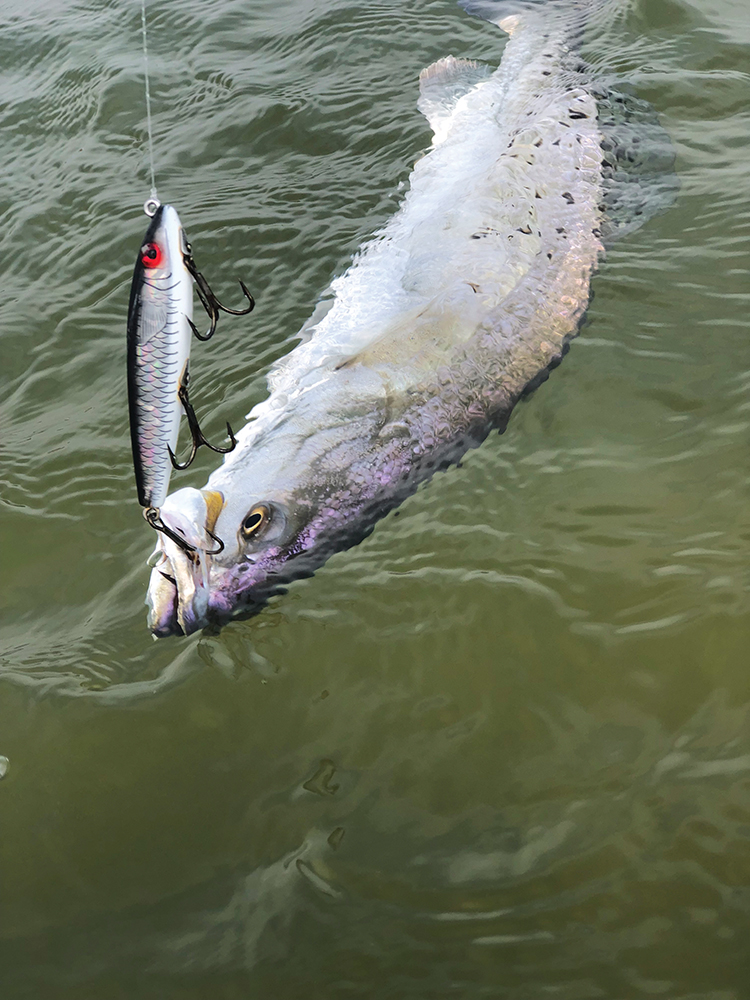 Welcome to the spring transition! There will be days when you can’t make a mistake and then there will be days when nothing makes sense. March can be one of the best months for wade fishing in Galveston Bay. Temperatures will be fairly mild on average but we’ll still see a few northers reaching the coast. Wind is a given, mostly from the east and southeast, unless a norther rolls in. Wade fishing is usually way more productive compared to staying in the boat, due to the near-constant winds.

Start up a fishing discussion this time of year and “transition” is probably going to be one of the main topics, and rightfully so, it’s a huge part of what we have to deal with finding fish and getting them to bite. The transition is the time period when fish are moving from preferred winter habitat of deep mud and shell to sandy shorelines and other shallow habitat as the water begins to warm.

With that being said, we experienced a relatively mild winter and, depending the temperature trends, we actually saw some transitioning occurring in February. Fish movements aren’t necessarily automatic, sometimes you can barely notice it. What you will notice is that their feeding will become sporadic and might not occur every day. One day you can nearly knock their heads off and the next day in the same area the bite is pitiful. However, whenever you do find yourself in a feed it can be memorable.

Often times, finding a lure that is exactly what the fish are wanting can be challenging. The fish are tricky right now so you’ve got to give them what they want or present your lure with enough finesse to fool them into striking. This is part of the transition challenge.

As the water temperature rises, the fish will begin forming larger schools, which makes staying on them quite a bit easier, but that is not the case so far. They’re still spread out, so covering water must remain a major part of your strategy. Topwater lures figure into this, given the amount of water a wader can cover with them.

During the warming stretches of the coming weeks I’ll be using topwaters whenever bait is visibly present. Even though the Corkys aren’t my favorite lure for covering a lot of water, don’t be shy about tying one on quickly if the topwaters show you they’re there but only blowing up and not committing. Ditto your favorite soft plastic or maybe a 51 or 52 MirrOlure.

Downsizing lures can pay dividends anytime smaller bait is prevalent in an area – glass minnows, small shad and smaller mullet. MirrOlure offers a great line of lures that “match the hatch” very well with their MirrOdines and the softer Corky version – the Soft-Dine. The 17MR, 27MR and Soft-Dine are great lures for this downsizing approach; their small body and shad-like profile are dynamite for getting strikes when the fish seem less interested in a big meal.

When throwing plastics, I prefer to downsize my jighead weights as well. If I would normally throw an 1/8-ounce head, I drop down to the 1/16 or even a 1/32 to create a slower fall through the water column.

West Bay has been the most consistent of all our bays lately, including some very good weights from time to time. Stingers of trout and redfish have been coming reliably from south shoreline coves on warmer days. Cooler days have been better on mid-bay reefs and more isolated structure. As March develops we should see more action towards sandier bottoms.

East Bay is currently holding a lot of fish but it’s all about timing. You can be in an area where everything looks textbook but with little success. You’ve just got to grind them out. The warmer it gets, the further the fish will spread away from the back of the bay heading towards harder sand and shell. The south shoreline of East Bay is a great place to escape the hard southerly winds that dominate March weather.

The Upper Galveston Bay region has been holding a lot of fish but fairly inconsistent after hard winds and during warming trends. The great tidal flow coming up the Houston Ship Channel will restore water clarity very quickly, which means the fishing can turn back on sooner than you expect it might. MirrOlures and Corkys have been the ticket here the past several weeks. This is an area where March’s transition period can really get you to scratching your head.