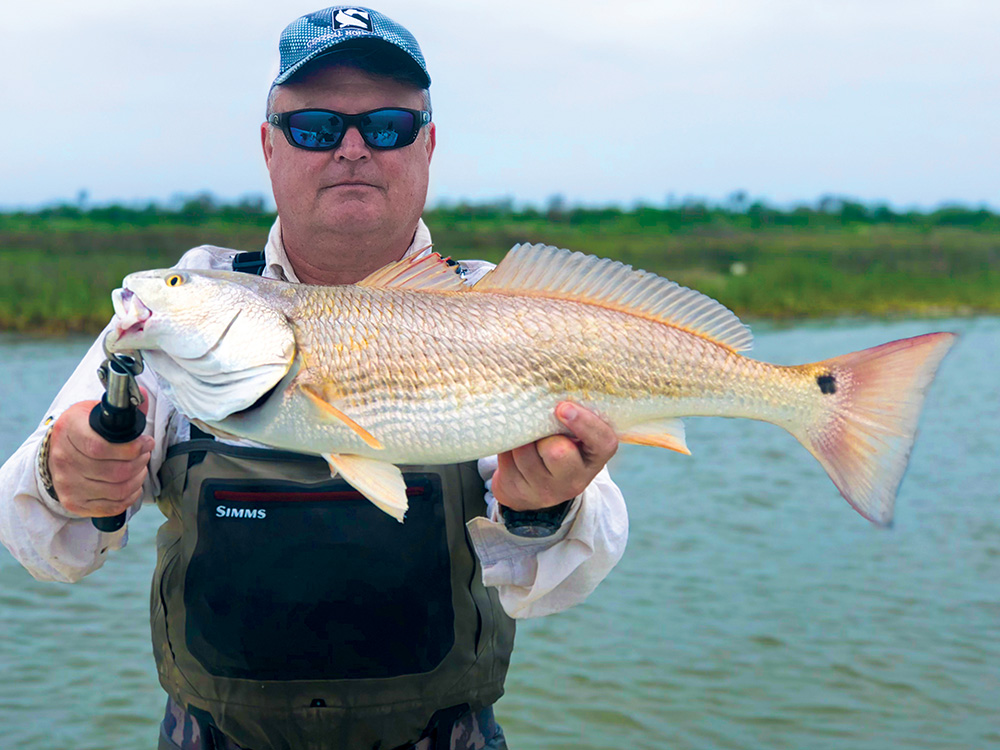 The month of May can be a great time to fish in the Galveston Bay complex. The frustrating spring transition is finally behind us and the fish’s feeding and movement patterns become easier to predict. The cold fronts finally stop as well, providing fewer weather disturbances and more stable tide levels and water clarity.

Once our water temperatures begin to hover around the 75-degree mark for several days in row, the daily drifting option will begin to come into play. For most of this spring, wade fishing has been essential in producing a good mess of fish and primarily the only way to catch anything of real quality. The rising of the water temperatures and stable weather patterns that come with May will pull the greater percentage of our trout off the shorelines and drifting over structure will become the key to finding steady action.

The Galveston Bay complex is in a rebuilding process. Without repeating everything that has happened to our bay since Hurricane Ike, the drought and the repeated flooding, our bay has suffered some extremely heavy blows. Often, a few of us guides get accused of griping and complaining too much about how we, “don’t have any fish.” But the fact of the matter is, we still have fish and quite a few. What we are missing nowadays is our traditional trout quality and that is what concerns us the most.

The bad days of trophy fishing are far worse than bad days used to be, and the good days don’t hold a candle to what we used to catch, size-wise, from this bay system. Just three to four years ago, it was not uncommon to catch several fish of five to six pounds each day, and there were opportunities to catch a trophy fish in the seven- to eight-pound class.

Sure, this bay is resilient and has had great comebacks from disasters. This bay has seen many hurricanes, freezes, droughts, floods and oil spills and has always bounced back. The concerning part now is how many fish are being pulled out of the bay on a daily basis and the amount and quality of habitat now available to them.

Changes in the fishing regulations would be a great step in creating a rebound but we don’t have to wait for the word to come down from Austin – we can begin the process ourselves. More conservative bag limits are not required for guides and other anglers to practice more catch and release. Whackin’ and stackin’ and posting daily images of cleaning tables covered with fish on Facebook after each trip needs to go away. The sport of fishing is supposed to be about catching – not filleting!

In other news, the salinity levels and the bait availability foretell a good summer of fishing ahead. We are already seeing many different signs of fish and different forage species coming in through our passes. May is the month when our tide-runner trout come into the bay from the gulf. We call them tide-runners because they chase the bait that is riding the tide through the passes and up and down the channels. The biggest part of the migration comes through the jetties and up the Houston Ship Channel, eventually reaching Trinity Bay.

These fish are new recruits to our bay system each summer and can be a great boost to the overall population whenever native stocks are in decline, as they have been recently. Fishing near the passes and along channels to intercept this migration will be a key part of consistent fishing success during May.

While drift-fishing, soft plastic lures are generally going to be your best choice for attracting numbers of strikes. My favorite soft plastic for drifting is the Lil’ Jon by MirrOlure and I believe its aerodynamic shape contributes to the erratic darting action that draws reaction strikes from fish that ignore other lures.

Quite often when drifting we see paddletails producing more consistently than rattails and this is when the MirrOlure Soft Shad and the Marsh Minnow come into play. Here lately, while fishing in shallow water, I have been throwing these baits on tiny 1/16-ounce jigheads and my personal favorite is the Bass Assassin Pro Elite series. Very seldom do I ever throw anything heavier than 1/8-ounce heads; the main exception being along the Ship Channel or other areas that have consistently stronger tidal currents. Don’t fight it; tie on a 1/4-ounce (or heavier) and put it in their face.

Let’s enjoy and appreciate the fishing!