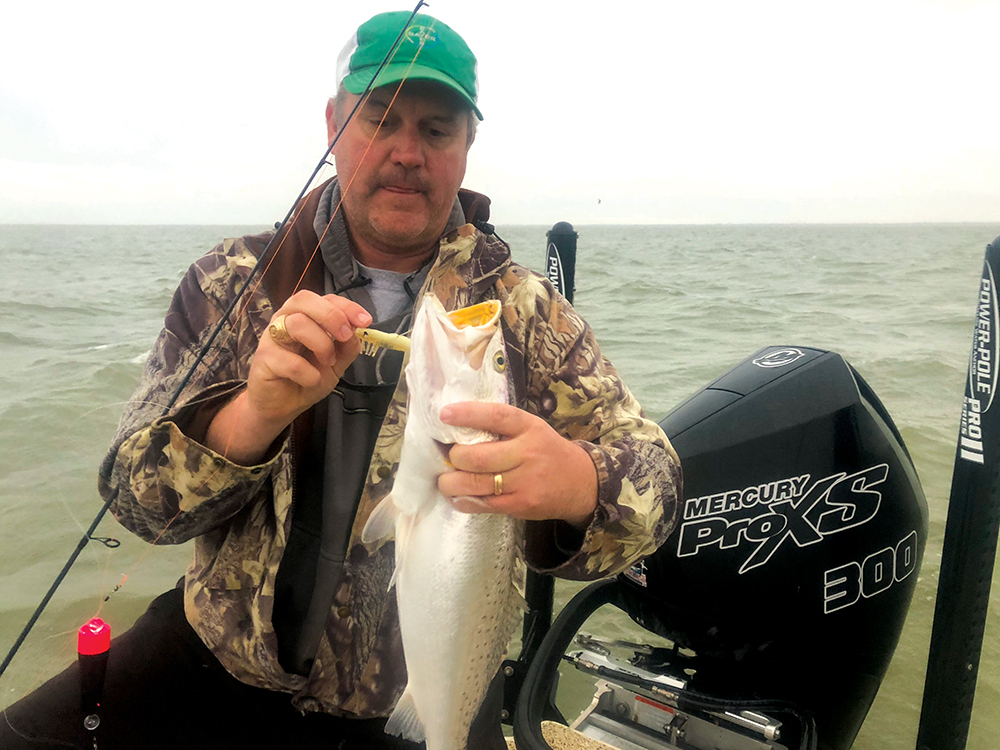 I would love to tell you what kind of fishing April will bring. Truth is - I have no idea.

That’s not to say I don’t know whether it will be good or bad, rather, if we will be wading, drifting, chasing trout or going shallow for reds.

It all depends what face April decides to wear – cold and windy or sunny and mild. The good news is we have a fishing application for either.

Where we fish in April is determined daily by changing winds and water temps. If winds blow over 20 knots, we roll to the back lakes in West Bay and work redfish. If wind isn’t blowing too hard, we work the middle of East Bay for springtime speckled trout.

That's not to say I won't be wading. There are some awesome trout to be caught in April on the shorelines and depending how warm it gets this month we should start to see glass minnows moving along the shorelines of West Bay.

Glass minnows are really just bay anchovies. Little white, silver flashes that swim in herds, likely to be swarmed by hundreds of brown pelicans, trout and redfish. When the fish go off and gorge on the big balls of minnows it can get really silly. I have had redfish swim between my legs blowing minnows out of the water.

The good thing is that some of the best wading happens on the afternoon incoming tide. Get a good night's rest, get up, read the paper, eat a little breakfast and then head out. Take your time and wait for the tide to usher the minnows to the grassy shorelines of West Bay.

We break out the topwaters in earnest during April. The myth that surface plugs only work in shallow water is just that, a myth. My largest speck of all time, a 31-incher, was fooled on a chartreuse-headed, black-bodied, prototype MirrOlure Top Dog in seven feet of water out of a boat at high noon. One of my most memorable days with a topwater came at the Sabine Pass jetty as I consistently duped five-pounders against the granite in 14 feet of water. Topwater plugs only work when you throw them.

We expect swollen tides in April, which gives us another plan in our back pocket if April winds blow. The reefs along East Matagorda’s north shoreline will hold good numbers of trout, redfish and black drum for anglers tossing shallow popping corks with live shrimp.

If you are not a live bait angler, try a Gulp or a 3-inch DOA Shrimp. On certain days, especially with cloudy water, these lures actually catch fish better than live.

The Colorado River and Diversion Channel has not been green very often in the last six months; however, on the few days it has been fishable, we have found good numbers of trout and redfish while trolling the banks. Again, these areas are great locales to hide from spring winds. Here’s to lots of sunshine and a dry landscape.