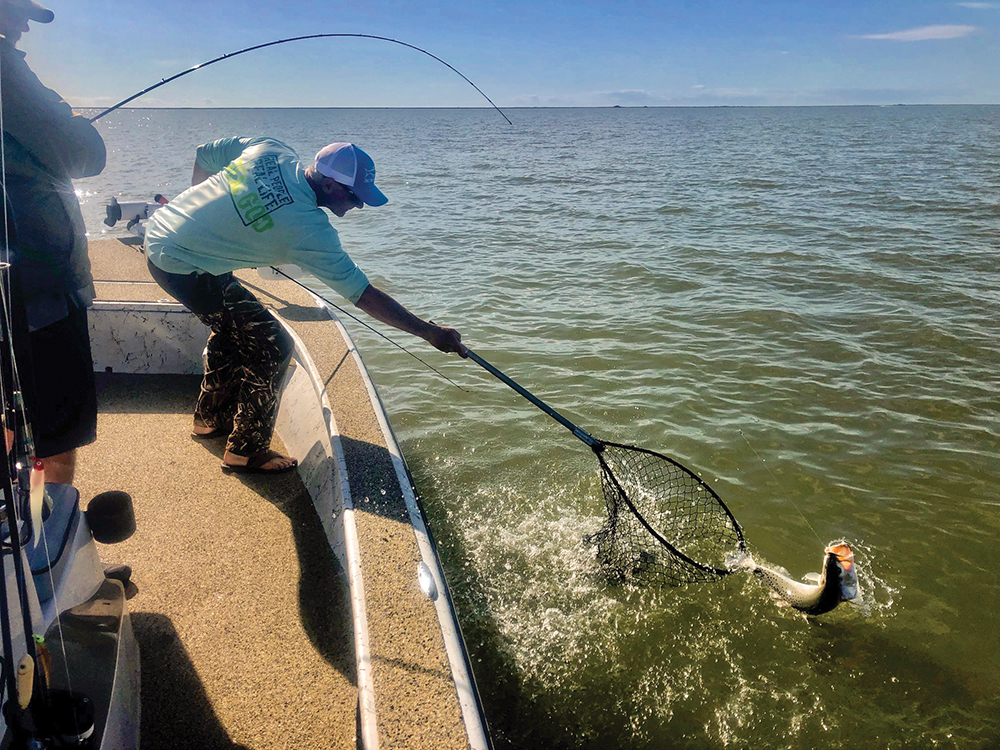 North winds, gray clouds, and low tides dominate December at Matagorda. But December fishing can be just as productive as its autumn predecessors. It all hinges on the weather.

I can remember a few Decembers where birds still worked along the east end of East Matagorda Bay. By mid to late December, most of the white shrimp crop have left the bays and speckled trout adapt their diet to finfish. That’s when slow-sinking mullet imitating plugs like MirrOlure’s Soft-Dines and Corkys go to work.

Drift fishing is also an option, especially with the low tides that occur on winter solstice that comes later in December. East Bay often drops 2-3 feet below normal in December, depending how hard the north wind blows.

Raymond Shoals, Boiler Bayou, Pipeline Reef and Cleveland Reef hold good fish during the winter; and, when tides are extremely low, shoreline redfish move off the flats to these reefs in the middle of the bay.

When the wind really blows, never discount the Colorado River. Low tides in West Bay drain the delta at the mouth of the Diversion Channel and funnel all fish to the deep channel. We use our trolling motors and work along the banks in bass fishing mode. A couple of December’s ago we caught easy limits in about 15 casts with snow on the ground. Best baits are Down South Lures, Bass Assassins. Lately I have become quite fond of the MirrOlure Lil’ John.

I like to use 1/4-ounce jig heads, but Capt. Tommy Alexander prefers 3/8-ounce jigs to gingerly tickle the muddy bottom.

Nighttime is even better under lighted piers as fish seek the warm solace of the Colorado River. Tandem-rigged beetles and small DOA Shrimp are great baits. So are the smaller MirrOlures and  MirrOdines.

We will be running cast and blast trips for ducks and geese in the morning and drifting for trout and redfish in the afternoons. Our duck hunting has been fabulous in our freshwater marshes.

Now for Christmas gifts: We have some of the best oysters in Texas. A gallon of Buddy Treybig's Matagorda Bay oysters would be a great appetizer for all those Christmas parties you will be attending this month.

How about a gift certificate for a guided fishing charter or hunt? Maybe a Waterloo Rod or Browning shotgun from Johnny’s Sport Shop in Eagle Lake?

It might sound corny, but the best gift is taking the time to toss the smart phone aside and just listen and communicate with people. Look people in the eye, shake their hand and give them a hello.

Be kind to others on the water and on the roadways. It is a blessing to be able to live our outdoor lifestyle. Thank the Good Lord for it.