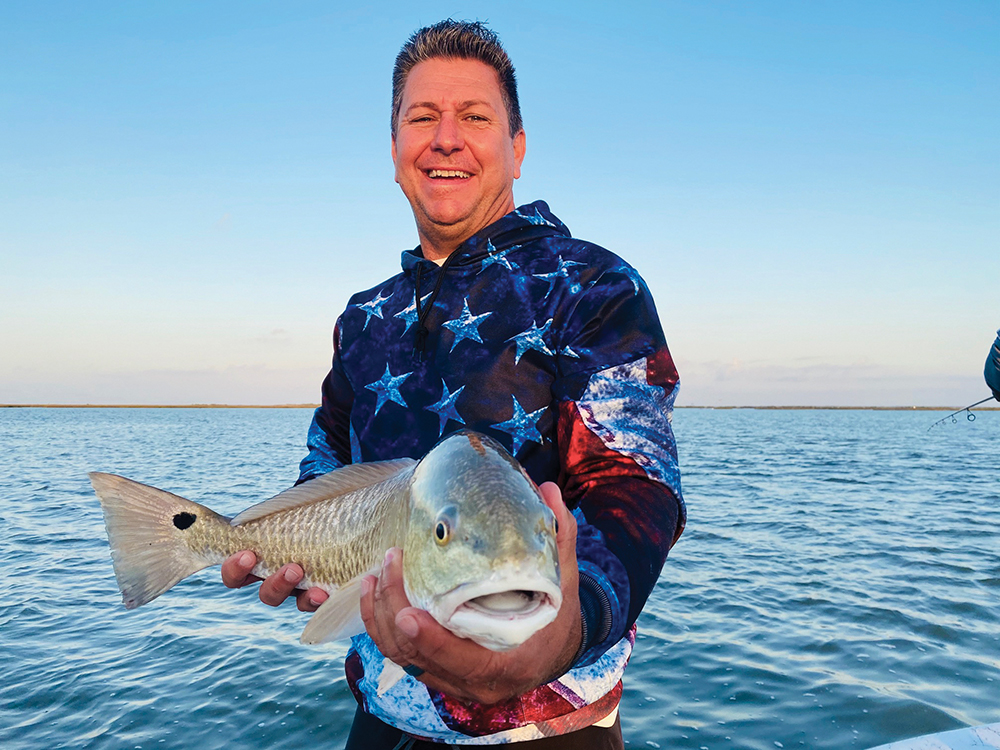 The fishing pattern for December is different every year on Matagorda’s bays. That’s because the weather is different every year. The fact of the matter is December has taken on a fall pattern for most of the month over the past decade. Some call December the best month of the year to fish for its propensity to serve up heavy speckled trout in East Bay on plastics. Afternoon drifts with Bass Assassins, Down South Lures, and MirrOlure Lil’ Johns over deep shell can yield the best artificial catches of the year.

Again, it all hinges on the weather. If the weather allows me to fish, I fish. If it doesn’t, I hunt ducks. Many days I do both.

Raymond Shoals, Boiler Bayou, Pipeline Reef and Cleveland Reef all hold good fish during the winter; and, when tides are extremely low, shoreline redfish move off the flats to these deep reefs in the middle of the bay.

When the wind really blows, never discount the Colorado River. Low tides in West Bay drain the delta at the mouth of the Diversion Channel and funnel all fish to the deep channel. However, at the time of this writing the river was muddy and flowing from late-October rains. That's not to say the river will not clear up by December. It all depends on how much more rain we get.

It doesn’t happen every year, but lately birds have worked in East Matagorda Bay through the middle of the December. Granted, the weather has been milder than normal. So, chances are there will still be some bird action this year.

Even during a mild December, most of the white shrimp crop have left the bays by Christmas and speckled trout are chasing mullet. That’s when slow-sinking mullet imitations plugs like Catch 2000s, MirrOlure 51Ms, 52Ms and Texas Custom Corkys go to work.

It’s been drier than average this year so salinity levels have been high. That bodes well for the Colorado River and the Diversion Channel. Some of the best plugging goes on in December while working the edges of the river channel with soft plastics and topwaters.

As the tides fall, redfish will roam the drop-offs as they fall to the deep channel from the nearby shallow flats.

We will be running duck hunts in the morning and fishing in the afternoon. Of course, if the weather remains dry, duck hunting success normally boasts heavy bags, if you have water. Sure, it costs more money to run water wells as freshwater impoundments evaporate with dry winds and sunshine, but that pond you pump during a dry winter is like baiting waterfowl with bags of corn and milo.