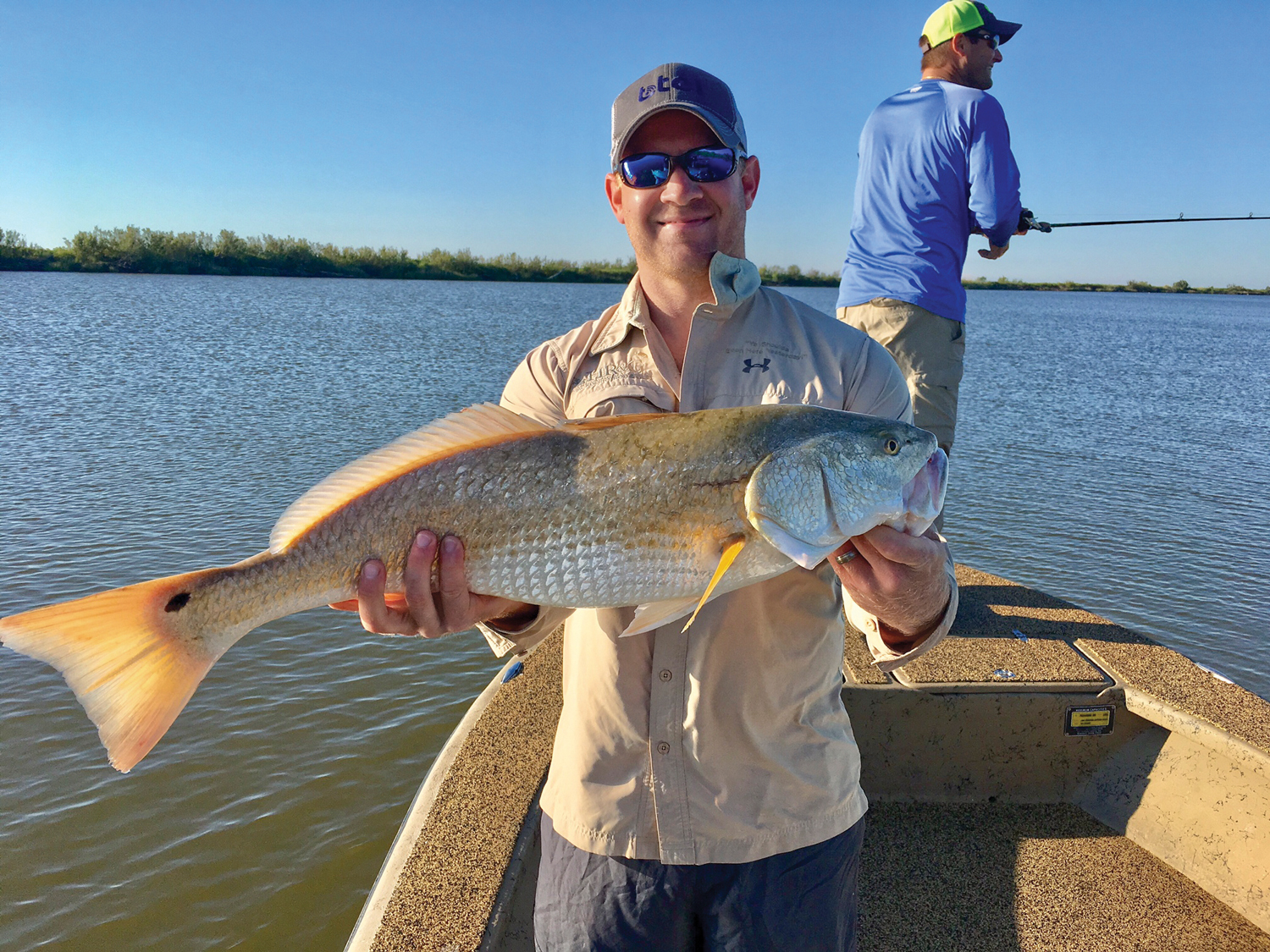 Trout will always be the most heavily targeted inshore species in Texas. Strong incoming tides in early morning hours usher fish over sand and grass flats in West Matagorda Bay. We run well off the shorelines so not to burn potential wading areas and look for slicks, and then slide in behind the slicks and wade through the fish.

July is a great month for topwaters. Spots like the legendary Hump and the Cedars over near Port O'Connor are some of my favorite summertime haunts. It's a long 32-mile run from Matagorda Harbor but the boat ride is worth the reward with some of the best topwater action I have experienced in the past twenty years.

Be prepared to deal with sharks since these locales are sandwiched smack dab in the middle of the Port O’Connor jetty and Pass Cavallo. We put our fish in homemade floating five gallon buckets so the sharks won't steal them. We have learned over the years if you use a stringer you are just trolling for gray linebackers.

For those who prefer to stay in the boat, the same deep reefs that you drift every other month of the year will likewise hold trout in the month of July. Live shrimp fished under Mid-Coast popping corks is one of the most popular baits. In fact, using live shrimp while drifting is often said to out-produce all other baits at a rate of 10:1.

Halfmoon Reef in West Matagorda Bay has been on fire when the wind allows. The 54-acre project built by the Nature Conservancy people has become an absolute trout magnet. It's like fishing a jetty submerged 6- to 7-feet below the surface. I cannot tell you how many days I have caught limits there in less than an hour. The key is fishing it on a day with 5-10 knot winds.

For redfish in July, fish incoming high tides in spots like Cut Off Flats, Zipperian Bayou, Oyster Lake and Crab Lake. Work the mouths of these lakes and bayous as the tide begins to fall.

Tides seem to always fall to below normal levels this month after a westerly wind. East Matagorda Bay loses almost two feet of water. When this happens, most all of the redfish pull off the shorelines and congregate in the middle of the bay. The reds give themselves away by producing big slicks and we drift right through them. The reds are not small ones either – mostly upper-slot fish with lots of attitude. When the reds start slicking, you can literally make one drift and have all the fish you need.

As always, the surf is a player in July. Our catches in May proved the surf is full of fish. Lots of healthy 3- to 5-pounders have been caught on topwaters and live-baiters caught good fish, even in off-colored water.

It gets hot in July, but we beat the heat by leaving well before sunrise and returning to the shade of the cleaning table before the sun begins to melt.