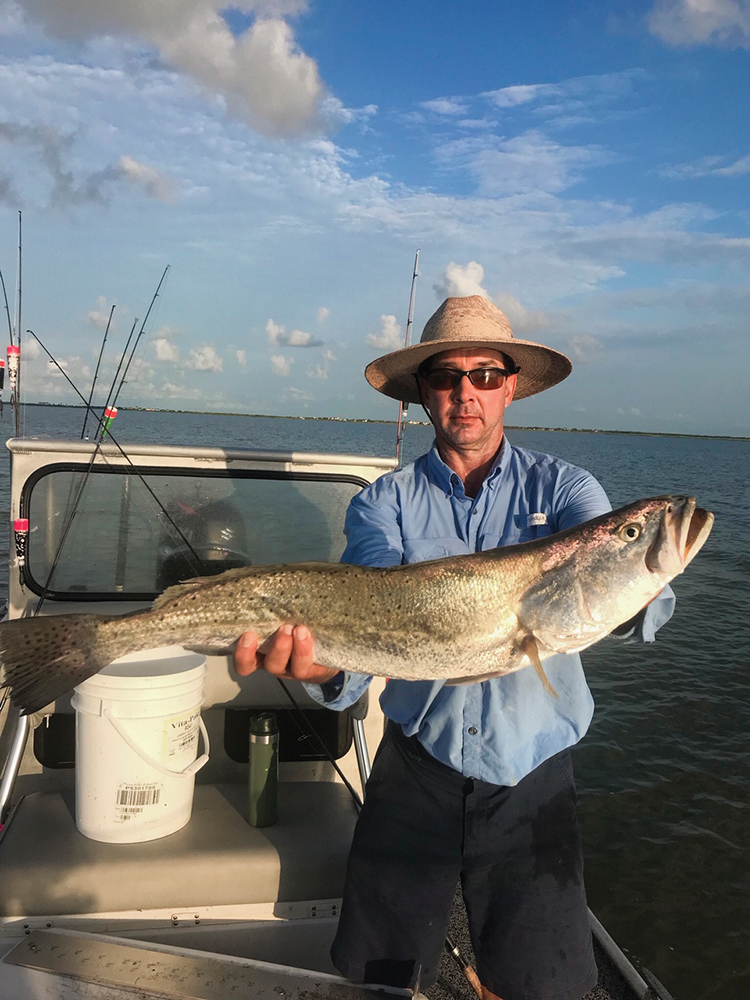 It has been a solid summer in Matagorda. Many calm days have allowed us to enjoy the bounty of the surf. So many anglers forget about the surf in September but the trout and redfish are still there.

We should see water temperatures continuing to hang in the 80s throughout the month and Matagorda trout will remain in a summer pattern. That means fishing deep shell in East Bay, where Bass Assassins, Gulps and live shrimp are best under a Mid-Coast Nexus cork. Small topwaters like She Pups and Super Spook Jrs will get blown out of the water as well.

Hopefully a slight north breeze this month will cut the humidity and mercury readings. Those cooler nighttime temps do wonders for coastal fishing, knocking water temperatures down at least a couple of degrees; and, a couple of degrees can put life back into stagnant wildlife.

Tides will begin to swell with the approach of the autumn season, much like the larger tides associated with prolonged low atmospheric pressure or a tropical storm system in the gulf. Expect redfish to fill the back lakes and grassy shorelines and readily eating small topwaters and weedless soft plastics. Bloated tide levels also encourage large, solitary trout to extend their boundaries to the upper reaches of estuaries. So, when casting to a pod of marsh redfish, don’t be surprised to find a silver streak cruising the shallows and crushing your offering.

West Matagorda Bay anglers find large schools of redfish on the north shoreline. Live shrimp, mullet and topwaters usually work well here. Back bay areas such as Oyster Lake, Crab Lake and Lake Austin also hold healthy populations. Quite often during September we begin to see birds working in the back lakes on calm days as shrimp begin to leave their summertime haunts in the marsh.

Wading East Bay’s mid-bay reefs is productive throughout the year on the same baits and, with higher September tides, the muddy bottoms around Brown Cedar Flats hold both trout and redfish for waders.

Most waders forget about the grass beds in West Bay in September, but they still hold fish, redfish especially. Guts and cuts along the south shoreline often get overlooked; and, for those wanting to get away from the crowds, the far west end of West Bay is the place to do it.

Reefs along the north shoreline of West Bay hold trout, redfish and black drum for anglers slinging live shrimp. Shell Island, Twin Island and all the points along the north shoreline are littered with shell and are a good starting place. Though it is often an October/November thing, redfish have been known to school in large numbers in late September in these locales.

Teal season runs Sept. 14-29 and we will be hunting the mornings and fishing the afternoons. We will be shooting white-winged doves in El Campo during the special white-wing season days and we often fish the morning and head to the fields for afternoon shoots.

We have something special in Matagorda. Few places in Texas can you have a legitimate shot at a trophy speckled trout every day. Please take care of our fish. Enjoy them, respect them, and handle them with care. Then thank the Good Lord for the blessing.