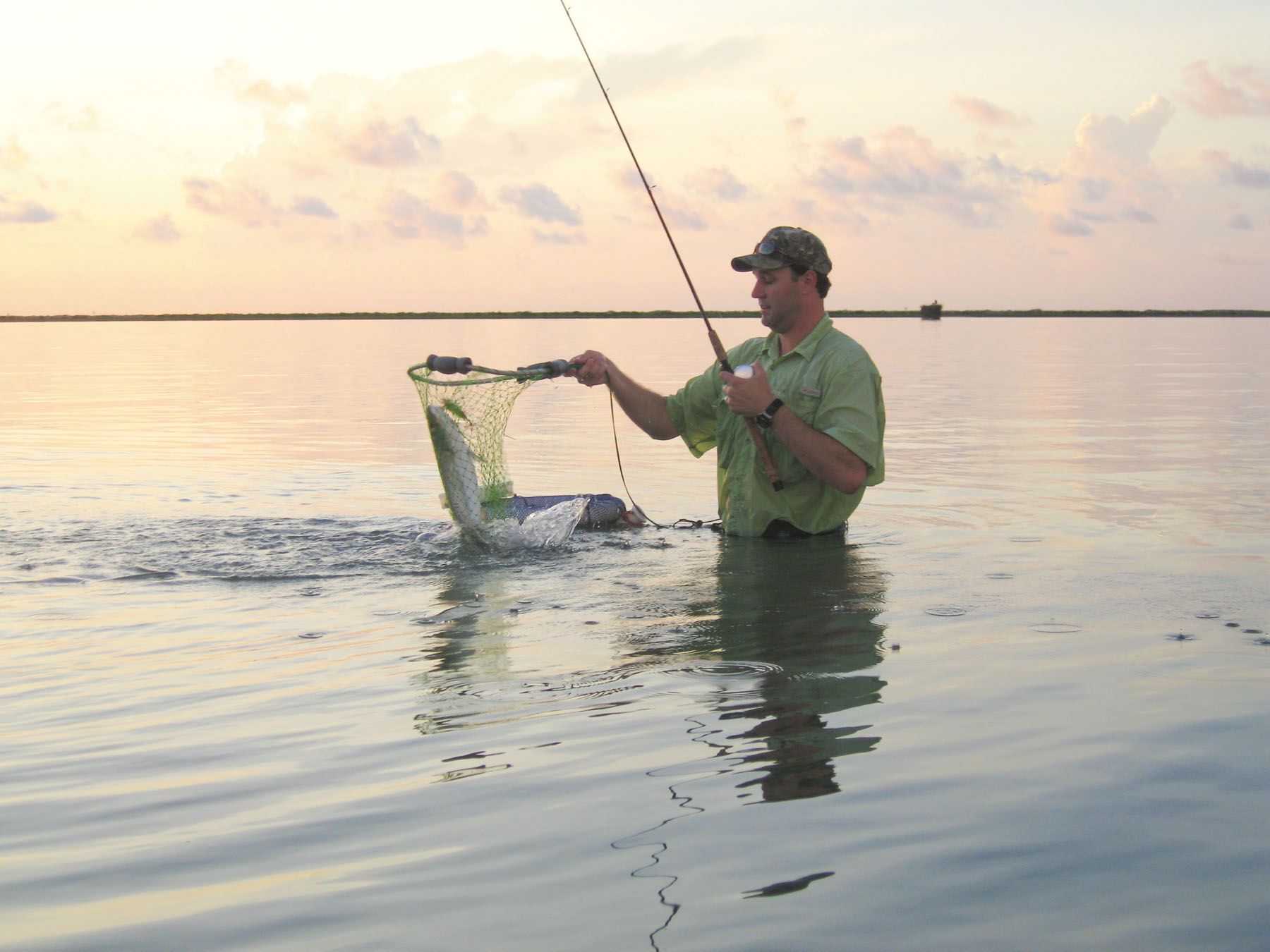 A slight switch in the wind direction means everything to coastal Texans. Southeast winds normally bring a lower barometer; and, falling or steady low atmospheric pressure is generally more conducive for the fish to bite. Light north wind flattens the summer surf, giving us miles and miles of guts and bars to work along the Matagorda Peninsula beach. Then there is the dreaded westerly flows - hotter than hot, milk chocolate water and low tides. Whomever coined the phrase, "Wind from the west, fish bite best, wind from the east, fish bite least," never brushed salt from the bill of their cap here in Texas.

The good news with an easterly flow is tides rise and push water to back lakes and estuaries nearly devoid of significant tide flow for most of the summer. To put it plainly, the bays get a shot in the arm when southeast winds blow.

Then there is August. Many days we pray for wind. Sure, it's hot, but if you leave the dock a little earlier and head to the dock before it blisters, August can be just as profitable as June.

When winds are light, we drift the middle of East Bay. Trout and redfish hang there all year, and slicks become more prevalent during August, especially for schooling redfish.

There are some good trout on the shorelines for waders as well. Again, it's an early bite with the heat. We find those trout over the grass early, then they fall along the ledge into about 4-5 feet of water later in the day.

Don't be surprised to find birds working along the north shoreline with calm conditions. Since the ICW runs all along the northern boundary of East Bay, those shrimp running the "ditch" often enter the bay on the incoming tide.

Likewise, the reefs along the north shoreline are a boon for waders tossing topwaters on the incoming tide. Never underestimate the cuts leading to the bay on the incoming tide as well. Those fish enter and exit the ditch daily through the cuts. Growing up in Chambers County we frequented nearby Rollover Pass and fished up on the moving tide. The same principle applies here.

The mid-bay reefs consistently hold good trout in August. We start out in waist-deep water on the shell drop then end up in chest-deep water on the end of the reef as the water warms. Know your tides. There have been many mornings I have arrived to find nothing, but patience prevails knowing the incoming tide will bring fish to the reef. Slicks popping in deeper water adjacent to the reef are good signs.

August normally brings with it weak cool fronts that knock down the humidity, flatten the Gulf of Mexico, and usher in the first flights of blue-winged teal. We will work the surf and jetty on these days, concentrating in the first gut on the incoming tide, and tossing topwaters on the outer bars on the falling tide.

Speaking of teal, the normal sixteen day season will run September 14-29 this year. The most exciting news we've received in a while is the long-awaited increase in the daily bag limit from four to six birds. During the special early season we will be hunting the morning and fishing the afternoon. If you are considering a guided teal hunt, don't wait till September to book it.

And, while you are at it, pray for rain. We, along with fish and fowl, need it badly.