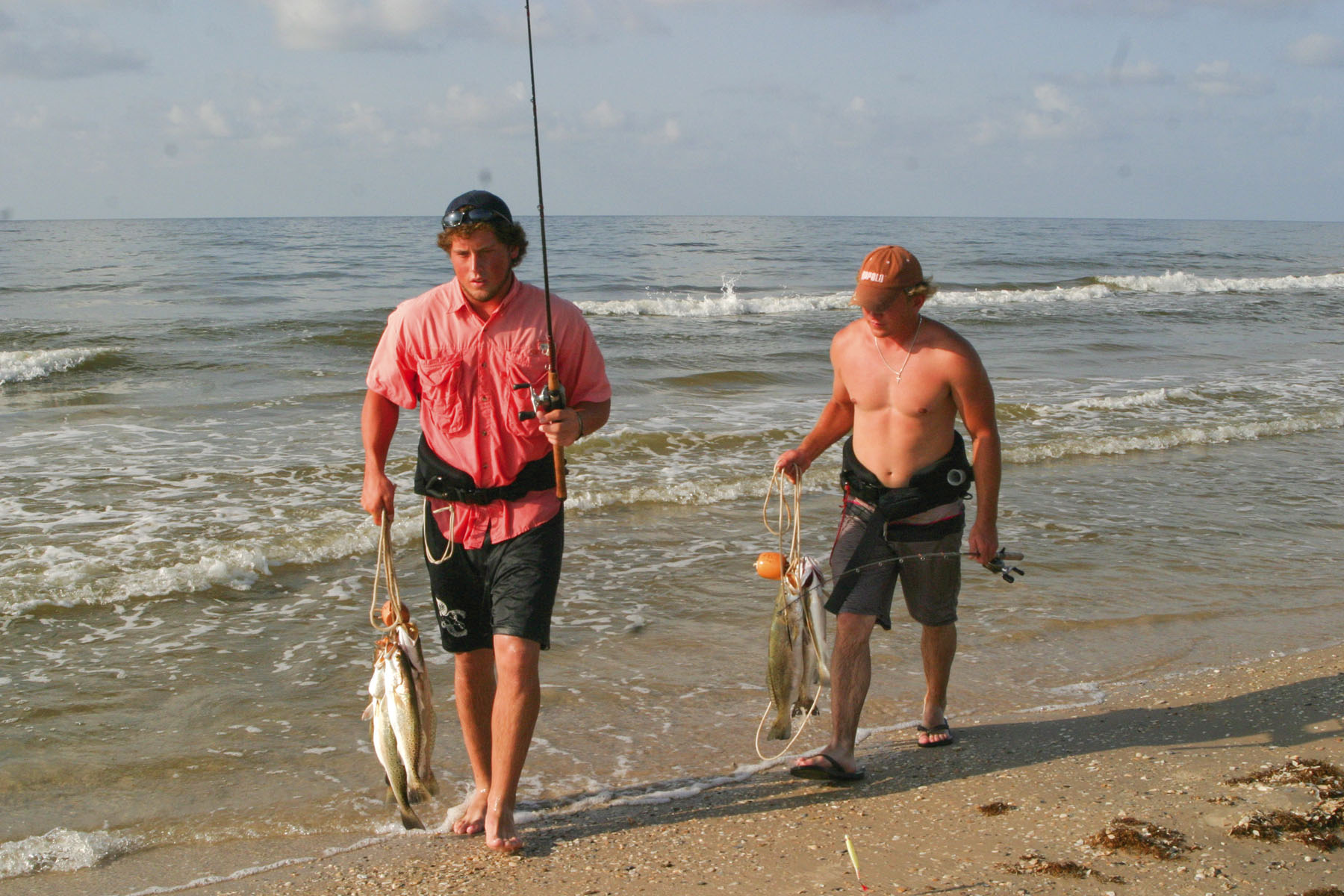 Keep an eye on the surf; that first green-to-the-beach morning is usually perfect for plugging.
Meteorologists warn that we have not seen the hottest part of the summer. How can it get any hotter than August?

Don't let the dry, blistering, arid days scare you from enjoying a day on the bay. As of this writing, water temps were running daily in the mid-80s range and threatening to boil. You know what? Fish have begun to bite better.

Late summer days have a way of draining tides from the shorelines and boiling what is left. With lower water levels and the brine feeling like bath water, a change in fishing tactics is definitely in order.

No, we don't stay out and bake all day. We leave the dock about an hour earlier and hit the dock before we roast, just in time for a cold glass of iced tea.

When the water gets this hot, most of the trout leave the shorelines in East Bay during the day. Right now, the best fish in East Bay are in the middle in about five feet of water and just off the dropoff for waders fishing mid-bay reefs.

East Matagorda is a unique estuary and it takes time to learn its quirks and summer patterns. Often, west winds blow early, then calm to nothing around mid-morning. That means the majority of the bay may be off-colored early, but patient anglers know in August the wind lays, the bay greens and becomes streaky.

By streaky, I mean streaks of green in the middle of sandy green, perfect ambush areas for aggressive trout; and, large schools of redfish do circles in the bay and many times leave small slicks alerting their location on a falling tide.

Though the water may not be appealing to the eye, trout continue to eat in off-colored water. We manage to catch some nice boxes of fish by being patient and waiting for them to slick later in the morning.

In August, live shrimp is the ticket when we drift, but plastics like Bass Assassins' Chicken on a Chain and Texas Roach will coax bites while wading the reefs. Low tides congregate the fish on the deep shell and when you find some streaky water with bait and slicks you will probably find fish.

In West Bay, somewhere around the pass is the place to be, especially on days with weak tides. Tides are going to be strongest around the pass, so maximize your opportunity by finding a prime piece of sand and grass where the current moves the most.

Toss topwaters early and don't be bashful about sticking to the surface through the heat of the morning. I have had some of my best topwater bites with the sun overhead and baking, including the best trout of my life in 95° heat.

Keep an eye on the surf and try to fish it the first day it greens to the beach. Too many days of calm, clear water invites sharks and other predators to the shallows and sends speckled trout to the cover of deeper water.

Get out early, get off early. That's our August game plan.