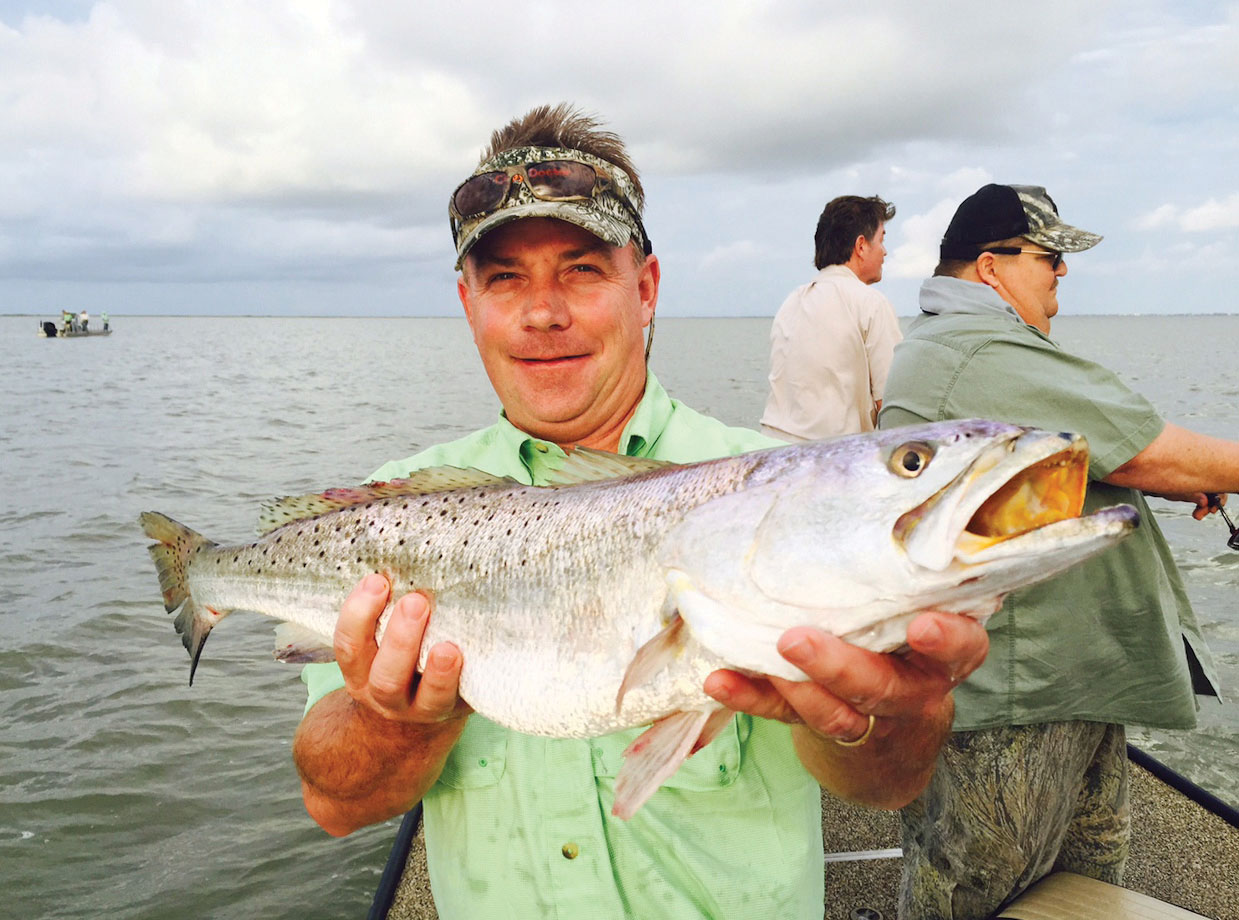 Lots of talk begins to circulate in August about which football team will win it all. Sweat, two-a-days, preseason games–always couldn't wait for September to get here. That's not the case now; I love August as far as fishing goes. Kids are getting ready for school, families are getting back in the swing and the bays have less traffic.

Fishing for most folks is put on the back burning while sons and daughters buy school supplies and a new wardrobe. Hence, one of the best weekends to fish in August is the Tax Free Holiday Weekend.

Many days we captains pray for light winds, but in August we sometimes pray for it to blow just a little to move our boats over scattered shell. When winds are light, we drift the middle of East Bay. Trout and redfish hang there all year, and slicks become more prevalent during August, especially from schooling redfish. There are some good trout on the shorelines for waders as well. We find those trout over the grass early, then they fall along the ledge in about 4-5 feet of water later in the day.

The reefs along the north shoreline are a boon for waders tossing topwaters on the incoming tide. Never underestimate the cuts leading to the bay on the incoming tide as well. Those fish enter and exit the "Ditch" daily through the cuts. The mid-bay reefs consistently hold good trout in August. We start out in waist-deep water on the shell drop then end up in chest-deep water on the end of the reef as the water warms.

Know your tides. There have been many mornings I have arrived to find nothing, but patience prevails knowing the incoming tide will bring fish to the reef. Slicks popping in deeper water adjacent to the reef are good signs.

Birds work along the north shoreline with calm conditions. Since the ICW runs along the northern boundary of East Bay, those shrimp running the ICW often enter the bay on the incoming tide. It won't be full blown with a dozen gulls laughing and diving; rather, just one, two or three birds circling and dipping. If you see them, it's worth a cast.

Southeast wind normally returns in August and bring with it a low barometer; and, falling barometric pressure is generally more conducive for fish to bite. Weak cold fronts push light and variable winds which flatten the summer surf, giving us miles and miles of guts and bars to work the beach. We will work the surf and jetty on these days, concentrating in the first gut on the incoming tide and tossing topwaters on the outer bars on the falling tide.

The good news with an easterly flow is tides rise and push water to back lakes and estuaries devoid of tides for most of the summer. This new water and swollen tides give the bays a shot in the arm and push new fish to the shallows.

Results of early duck population-nesting surveys have been announced. Blue-winged teal numbers are as solid as ever for 2015 and the first sign of these acrobats will begin arriving late this month. Teal season will run September 12-27 and we will be running hunts in the morning and fishing in the afternoon.