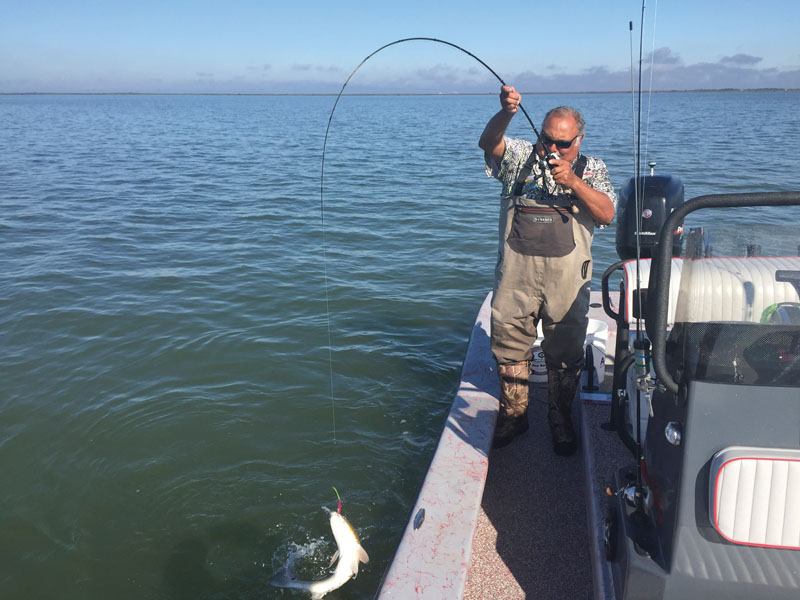 North winds, gray clouds and low tides used to be the normal picture of a Texas December. That was a long time ago. The Decembers I see now border, at times, on shorts and short sleeves between cold fronts. The fact of the matter is that December has taken on a fall pattern for most of the month for the past decade.

Capt. Charlie Paradoski calls December the best month of the year to fish for its propensity to cough up heavy speckled trout in East Matagorda Bay on plastics. He loves making afternoon drifts with Bass Assassins over deep shell.

Just like all winter months, it all hinges on the weather. If the weather allows me to fish, I fish. If it doesn't, I duck hunt. Many days I do both.

The crazy thing is that most of the time there are few boats on the water fishing. You can work whatever shoreline you want and don't have to worry about people running over you or the fish.

It doesn't happen every year, but two out of the last three years the birds have worked in East Matagorda Bay through the middle of the month. Granted, the months in question were milder than normal. At the time of this writing, we are still waiting on the first real cold front of autumn.

So, chances are there will still be some bird action this year.

Even during a mild December, most of the white shrimp crop have left the bays by Christmas and speckled trout are chasing mullet. That's when slow-sinking mullet-imitation plugs like Catch 5s, Catch 2000s, MirrOlure 51Ms, 52Ms and Corkys go to work.

Drifting is also an option, especially with the height of the low-tide of winter solstice occurring just before Santa arrives. East Bay is often 2-3 feet below normal in December, depending how hard the north wind blows.

Raymond Shoals, Boiler Bayou, Pipeline Reef and Cleveland Reef hold good fish during the winter; and, when tides are extremely low, shoreline redfish move off the flats to these deep reefs in the middle of the bay.

When the wind really blows, never discount the Colorado River. Low tides in West Bay drain the delta at the mouth of the Diversion Channel and funnel all fish to the deep channel. However, at the time of this writing the river was muddy and flowing from late October rains. That's not to say the river will not clear up by December. It all depends on how much more rain we get.

All this rain we have received does nothing but help our ecosystem. Sure, it eliminates some fertile redfishing grounds, but the good far outweighs the inconvenience of fresh, muddy water flooding the bays.

There are plenty of fish to be caught in Matagorda even if it continues to rain. We will reap the wet rewards for many years to come.