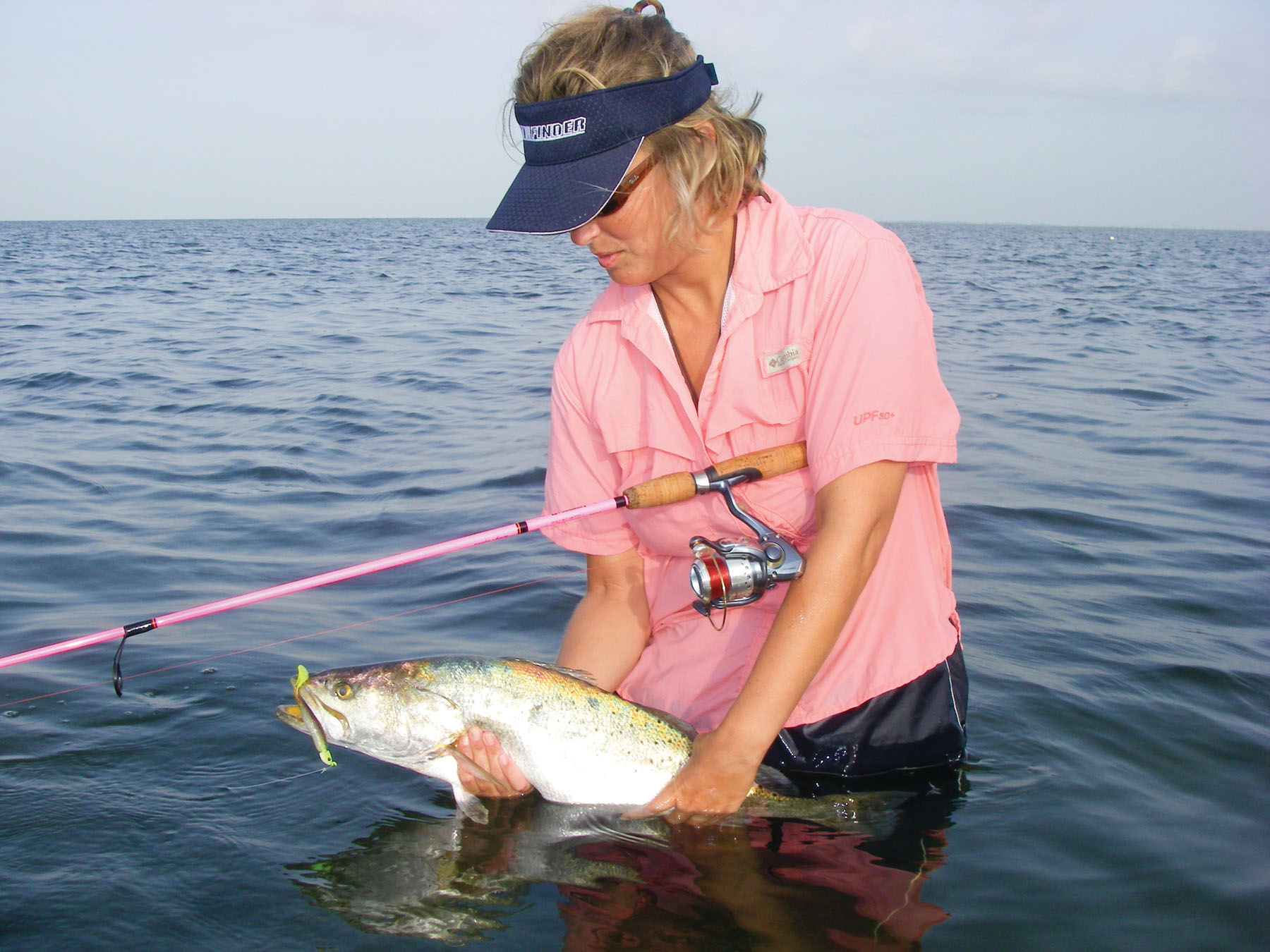 If February 2013 is anything like February 2012, there will be some impressive catches of speckled trout in East Matagorda Bay.

Deep shell and mud gave up impressive catches of hearty specks on Chicken-on-a-Chain, Morning Glory and Roach Bass Assassin Sea Shads a year ago; and, if this month's weather patterns allow for open-water drifting, those same fish are there to be caught.

All is not lost when the north wind blows - enter redfish. The holes, guts, channels and bayous dumping from back lakes and marshes are locales for redfish stacked like a cord of wood. The Colorado River holds both reds and trout and the fishing only gets better there the colder it gets.

Since I forgot to write a few New Year's resolution to think about in the January issue, consider the following:

Treat big trout with respect. They are the prize of our estuaries. Do the same with redfish, especially the over-sized breeders. More reds are roaming the bays than ever before, thanks to a group of anglers bound and determined to remove deadly gill nets from our bays. It is a true conservation-based success story.

The croaker issue continues to linger. Whether you consider the use of live croakers as detrimental to speckled trout stocks or not, they are a legal means of fishing. Without a doubt, croakers are the most effective way of coaxing trout to bite during the summer. They are candy to trout garnering a bite when all others make fruitless casts.

I am a plug and soft plastic guy most of the time; and, I struggle certain days only to be embarrassed at the cleaning table by anglers tossing live finfish. I do, however, use live shrimp regularly on summer drifting charters in East Matagorda Bay.

My beef has never been about the use of croakers as trout bait; rather, the number of big trout that are filleted by electric knives. Let me make myself clear: using live bait doesnt make you any less of an angler, just like plugging doesnt make you any bigger of a man.

I am very aware there are plenty of big trout killed by artificial-only lips that claim, the fish was hooked too deep and/or was bleeding so I had to keep it, when the truth of the matter is the prize was killed and posted on the web for business.

The truth of the matter is: Trophy trout should be revered, coveted and treated with respect by all.

Whether you kill a gator trout with a croaker or Bass Assassin, you still killed it. Yes, I know, most anglers try and do the right thing, and despite their heartfelt efforts, a floating fish is the end result. However, a beautiful, lavender-backed speckled trout never has a chance to make someone elses day when strung or tossed on ice.

You cant take-take-take and expect the resource to give-give-give. Sportsmen and women should err on the side of good judgment and conservation. Our oceans and bays are counting on it.