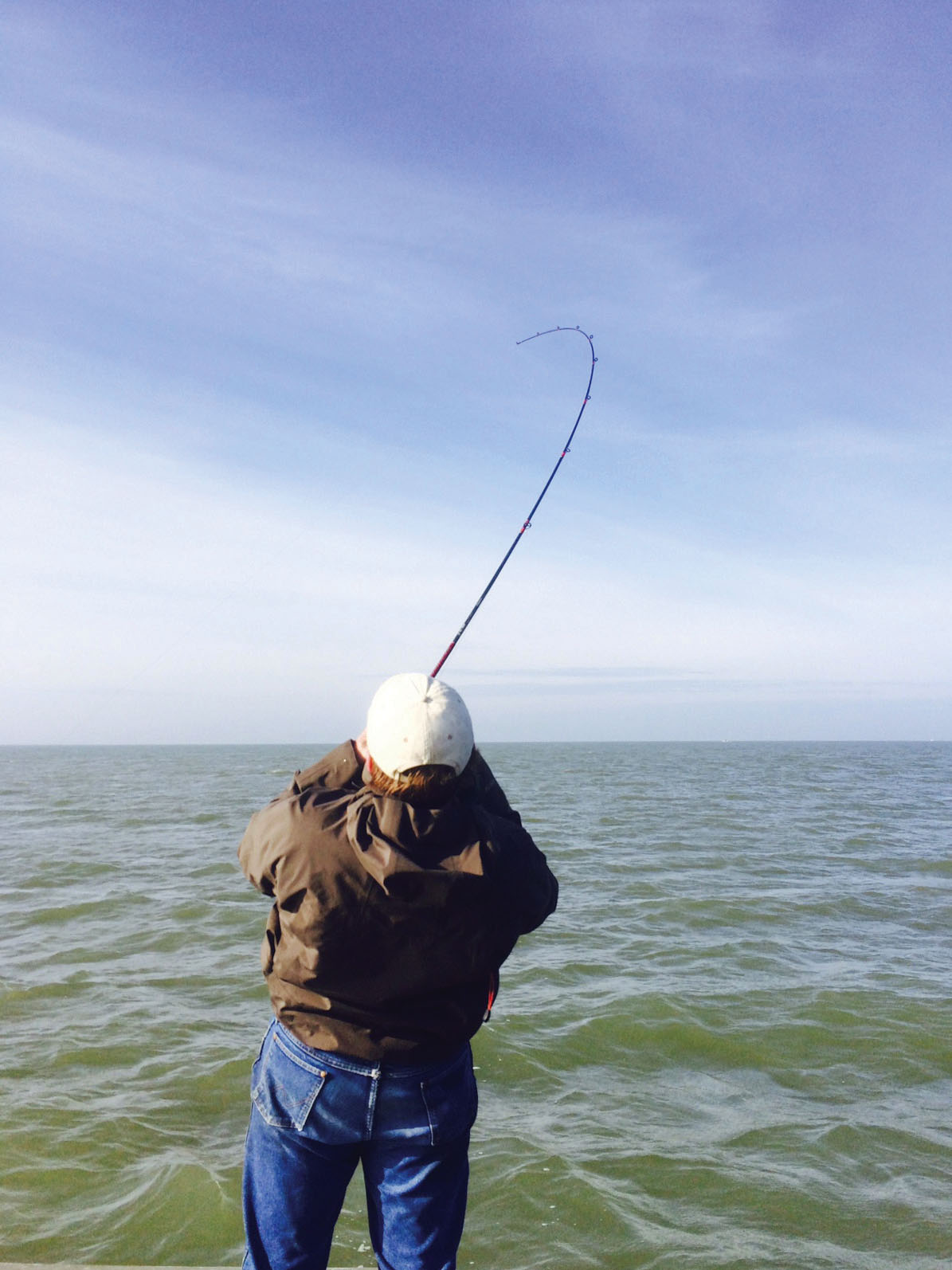 My starched Texas flag normally takes a beating from cold, sustained 20-knot winds this time of year. The same could be said for Texas bays, raked and rolled at times by the same ardent gales. It's a fact of life along the coast the wind blows in late winter.

Blustery winds reaching 20-25 knots are not what I call the most conducive fishing conditions, however, 10-15 knots, which is the average wind speed this time of year, gives anglers at least a fighting chance.

Tides can fall so low you can't get back to the back lakes. But, you don't have to, because those fish that normally hold in the back lakes are pouring out with the water. We make a living in the winter waiting for redfish in the mouths of those lakes and bayous. Then the wind turns back to the south and the water returns.

The same scenario occurred a lot in January here on the Matagorda area bays. Tides were two feet below normal and good water was scarce, then the wind switched to the east and pumped new water into the bay.

Water rises about a foot, water covers up the reefs, and the redfish and black drum show up. Calmer days allow anglers a chance at the reefs in the middle of East Matagorda Bay. Bass Assassins are my best baits for speckled trout and redfish. Wading usually means tossing plenty of Corkys, MirrOlure Catch 5s, and the five-inch Bass Assassin Sea Shad for bigger specks.

Mid-bay reefs in East Matagorda Bay are not always "trout green" but that is not a reason to write off drifting the deeper shell and mud. When water clarity is stained, it helps to go with something with a scent under a popping cork.

Rig a Berkley Gulp on a 1/8-ounce jighead and pop it hard or bathe your soft plastics in garlic. The fish find them in the off-colored water by the sound and scent. Sometimes Gulps are better than live shrimp because the trout can see it better in the stained water.

Sand and grass flats on the south shoreline of any bay system begin to hold large concentrations of glass minnows, mullet, shad and shrimp as waters warm and high tides persist, setting up what traditionally proves to be steady action on incoming afternoon tides.

It's all weather-dependent this time of year. Some of our best catches of the year come in February in East Bay. You just have to pick your days and be ready to go when the weather stabilizes.

With water temps running steadily in the 50s, our bays get so clear you can see every piece of shell in five feet of water in East Bay. It is too clear at times. Colors like Opening Night and other translucent shades work well when the sun is high and the water is clear.

We will be at the Houston Fishing Show in the George R. Brown Convention Center, February 25 through March 1. Come by and see us in the Sunrise Lodge on Matagorda Bay booth.