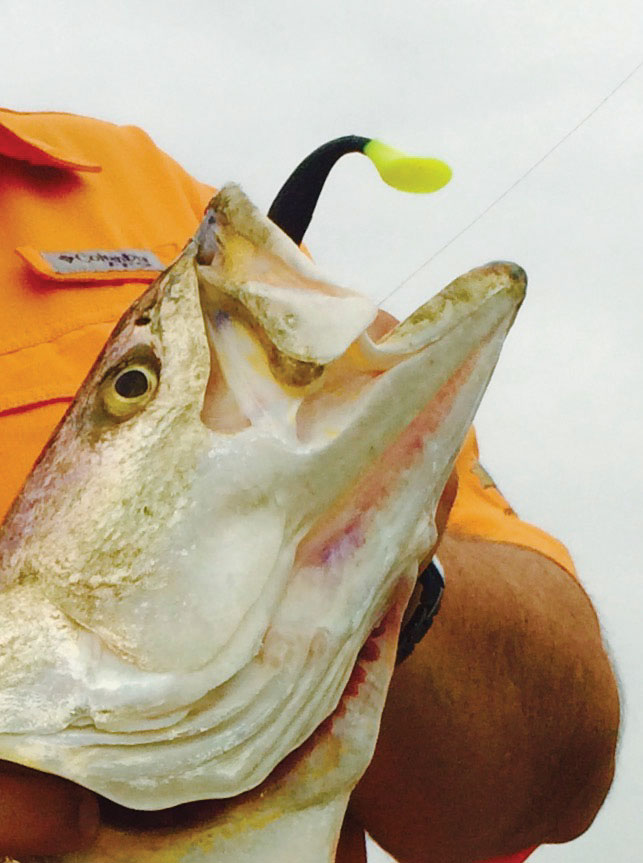 It’s a good feeling as a charter captain to look at the long range forecast for the week and see nothing but, “Southeast wind 5-10 knots, seas 1-2 feet.”

That's often the case in June, my favorite month to fish because of all the possibilities.

Often the toughest decision to make is which way to go and which way to fish. East or west? Wade or drift? Flip a coin.

When wading, we traditionally focus on the grass beds during the summer. Most of this terrain can be found in the lee of southerly winds and stay fish-ably clean even with gusting wind. Our grass beds are in West Matagorda Bay. June normally affords ardent morning incoming tides, perfect for walking a She Pup or Super Spook Jr. over the flats.

I will also hang out within sight of the Port O'Connor water tower. Flats sandwiched between the Matagorda Ship Channel jetty and Pass Cavallo see the best tides and the fastest action.

We toss topwaters, Bass Assassins, Down South Lures and MirrOlure Soft-Dines in some of the most beautiful water you will ever wade. We enjoy the dolphins, turtles, an occasional tarpon and sometimes deal with sharks.

Working close to the jetty also offers us quick access to the beach. The surf normally gives us a few days to fish in June and there is nothing better than watching a plug get crunched in the foam.

We wade the first gut on an incoming tide but choose to remain in the boat and drift outer bars in 4- to 6 feet of water on an outgoing flow. It’s much safer in the boat, trying to reach fish on the third bar and beyond.

We don't forget about the jetty, either. Some days it's large trout, others it all redfish.

Then there is East Matagorda Bay.

We are really seeing the fruits of a wet winter and spring. Freshwater runoff has done wonders for our estuaries. Glass minnows showed up in East Bay in force for the first time in a long time. We are seeing lots of little crabs and many more healthy adults. Shad, shrimp, mullet, they’re all are thriving. When baitfish and other forage species thrive, so do our game fish.

With light winds, all of East Bay is in play, including mid-bay reefs. Few bays in Texas rival East Matty for its potential to grow large trout; and, when the weather allows you to wade one of those coveted reefs in the middle of the bay, you better hold on. I can't tell you how many arms-length trout I have released over the years while tossing a topwater or Bass Assassin.

We like to talk about the good ol' days and the fish we caught, but I believe with the plentiful rain and fresh water inflow rejuvenating the bays the best is on the horizon.

So many anglers these days have never waded and really don't want to try, so we stay in the boat; and, that's okay. Most of the seven-pound-plus trout caught with me last year were taken out of the boat.

There are some days in June when I head across the bay as the sun eases over the horizon and I just know it is going to be an easy trip. We make our first cast, get thumped, and everyone is smiling. That's Matagorda in June.