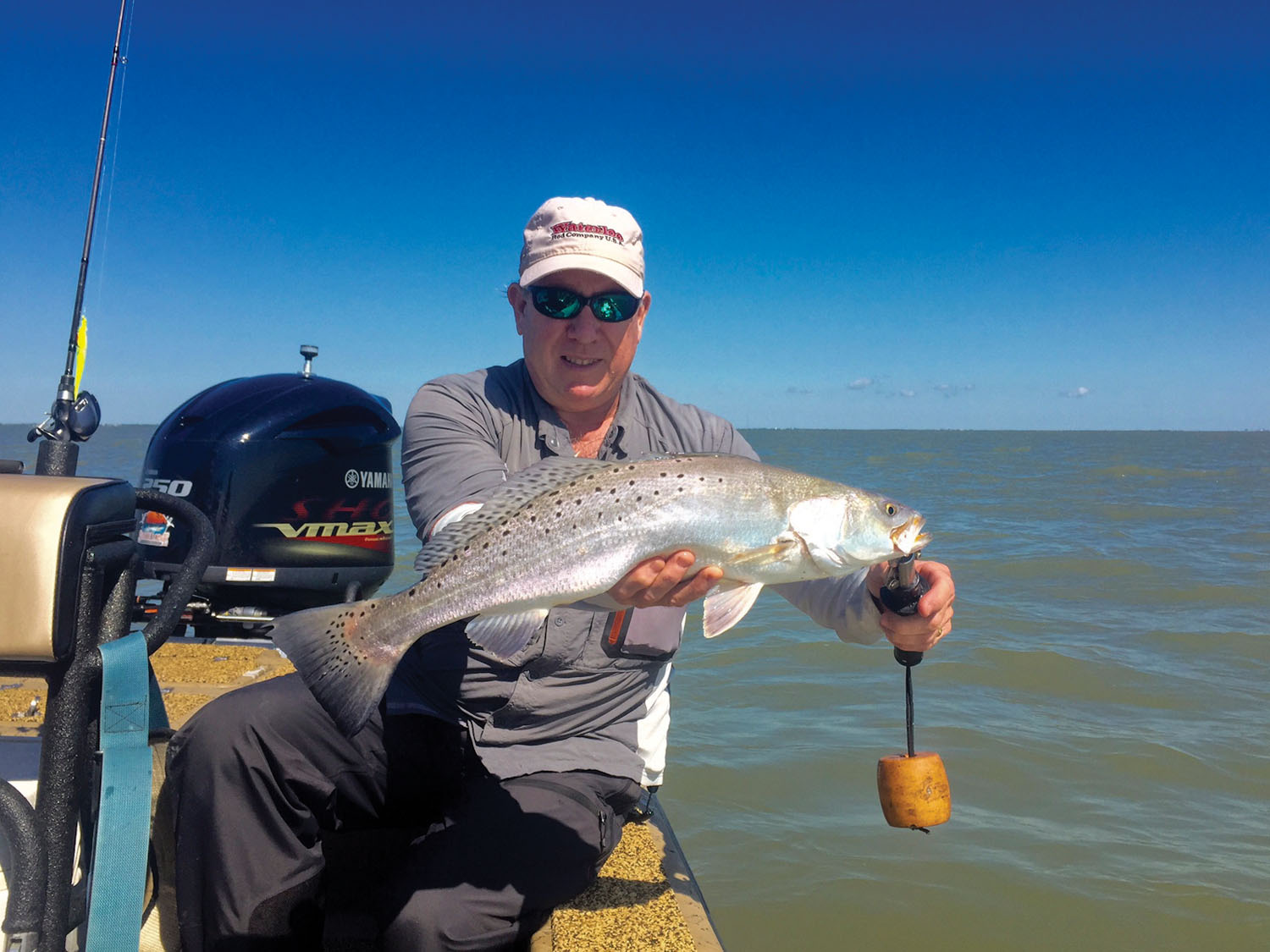 The tattered white "LIVE SHRIMP" flag was hanging limp at Harbor Bait and Tackle at first glance as my pickup scaled the levee at Matagorda Harbor.

Surprisingly, I was the first one at the dock. First time all summer I had arrived before Capt. Bill Pustejovsky – really the first time anyone had braved an earlier alarm than the seasoned veteran.

My charter arrived on time and we departed in darkness. I had every option at my helm light boat traffic, a tranquil incoming emerald tide, and fishing clients who had played the game before, obvious by their ForEverlast Stingray Boots, Shimano Core reels and Waterloo Rods.

My first stop was Cotton's Bay in West Matagorda. We dumped over the gunnels just as the sun was creeping over our shoulders. Telltale signs were present birds hovering and diving, small minnows scurrying, shrimp hopping and the sweet smell of watermelon.

We had the fish to ourselves for the first hour of daylight, then I heard the distant hum of an outboard traveling from the east. "No big deal," I thought as I made a cast toward a commotion of baitfish. Then the boat got closer and the engine began to shed RPMs.

"Surely not," I whispered. "Surely he sees us and knows we plan to keep wading to the end of the bar."

With the wind at our back we kept casting and watched as the boat circled wide of the outside bar and idled back, setting the anchor right where we heading.

It was a classic "cutoff"totally inexcusable since the "veteran guide" knew exactly what he was doing and where I was intending to fish.

We took our dozen trout back to the boat; I took a deep breath and headed for another spot.

The early bird gets the worm when fishing in June. Ardent incoming tides push baitfish on flats like Cotton's, Green's, Pipeline and Oilfield Cut. You better be in the water as the sun eases over the horizon to intercept the best bite or a tardy, inconsiderate captain.

June is by far my favorite month to wade. Yes, we catch fish wading throughout the summer, but June is just special.

Many memories have been made with a topwater and a green tide easing over a grassy flat. I remember days of 100-plus fish, catching 10 trout in a row on a plug and catching so many trout by 9:00 a.m. that I honestly was tired of catching.

Make no mistake, we wade East Matagorda Bay as well. Some of my fondest memories have occurred just as the sun was easing over the horizon on Drull's Lump. And, with all the large trout we have caught and released in East Bay this spring, any piece of shell has the propensity to cough up a trophy.

Yeah, we will drift too. You think big trout are only caught while wading? Sorry to dispel that myth. Too many gator trout to remember have been duped while drifting.

June is here. Take a deep breath and enjoy it.