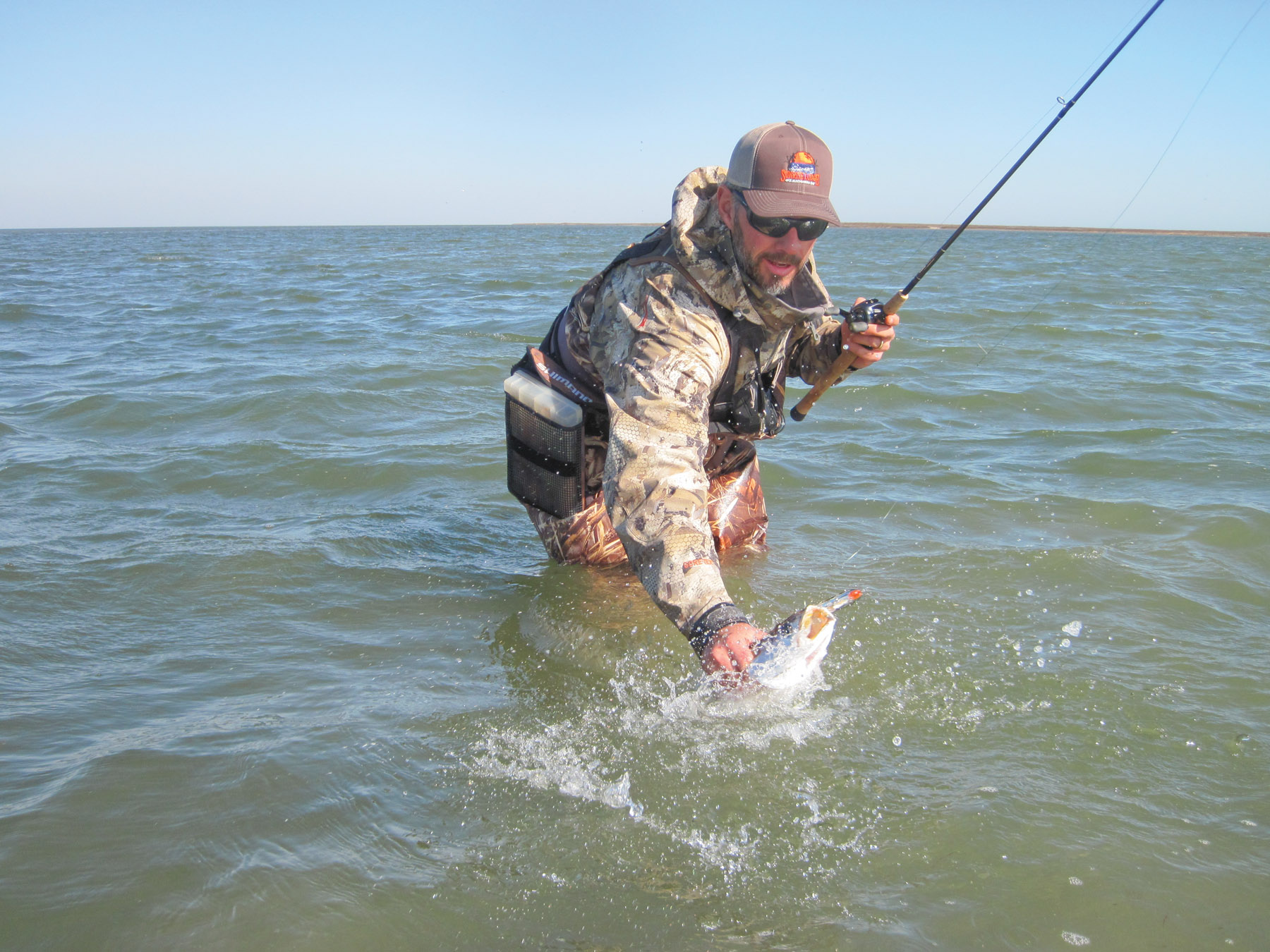 Trees don't lie - new green buds on branches and other flora indicate warm weather is here or just around the corner. That's great news for spring-breakers trying to add a little color to their skin and even better for anglers as warm water from equinox tides pump fresh recruits to barren back lakes and reefs that have been exposed all winter.

Julius Caesar was warned to Beware the Ides of March, (March 15). Likewise, anglers should beware of the Ides, for swelling spring tides stir large, aggressive fish to feed rapaciously - much like Caesar's conspirators.

We will still be chasing speckled trout and redfish along the deep shell and mud of East Bay. January and February were stellar for drifting with Chicken on a Chain, Roach, Opening Night and Morning Glory Bass Assassins. Some days the fish seem to prefer the swimming paddletail action of the Sea Shad, while other days they want the 5-inch traditional Bass Assassin straight tail jerk bait. My advice is to keep both handy.

Make no mistake, we expect to catch some heavy trout in March, wading and drifting. You would be surprised how many big trout we release in East Matagorda Bay while jigging Bass Assassins out of the boat. That also applies during the summer months when we are drifting with live shrimp.

We never discount West Matagorda Bay this time of year. Trout hang on the edges of the guts and sloughs and we gingerly wade these areas with plastics and Corkys. West Bay's grass shorelines hold fishable water when spring weather gets blustery and, depending how mild March becomes, the first signs of glass minnows could begin to show right around Spring Break.

Redfish are usually everywhere. Spots like Lake Austin, Oyster Lake, Crab Lake and Boggy are great March hideouts. Make long drifts with live shrimp under a popping cork, or anchor on reefs. The cool thing is we can still catch fish when the wind blows hard.

There will still be a cold front or two during March, so revert back to winter patterns when the north wind blows out the tides. Move to the mouths of the lakes. The water and bait will be pouring out of the back lakes and the fish ride with the tide and bait. Camp out and wait for the redfish to come through.

Redfish are not the only drum in abundance during March, juvenile black drum, the eating kind, frequent nearly all the reefs in West Matagorda Bay. Twin Islands, Shell Island and Oyster Lake are all proven drum haunts in March. Live shrimp under a popping cork is usually the best bet although they will occasionally take a lure.

Over-sized black drum, those over 30 inches, are the spawners and are only catch-and-release, but that doesn't mean they are any less fun to catch. Big black bruisers frequent the channels, rivers and jetties leading to the Gulf, and a cracked blue crab is the most popular offering.

We will be at the Houston Fishing Show March 6-10. Come by and see us in the Sunrise Lodge on Matagorda Bay and Saltwater Assassins booth.