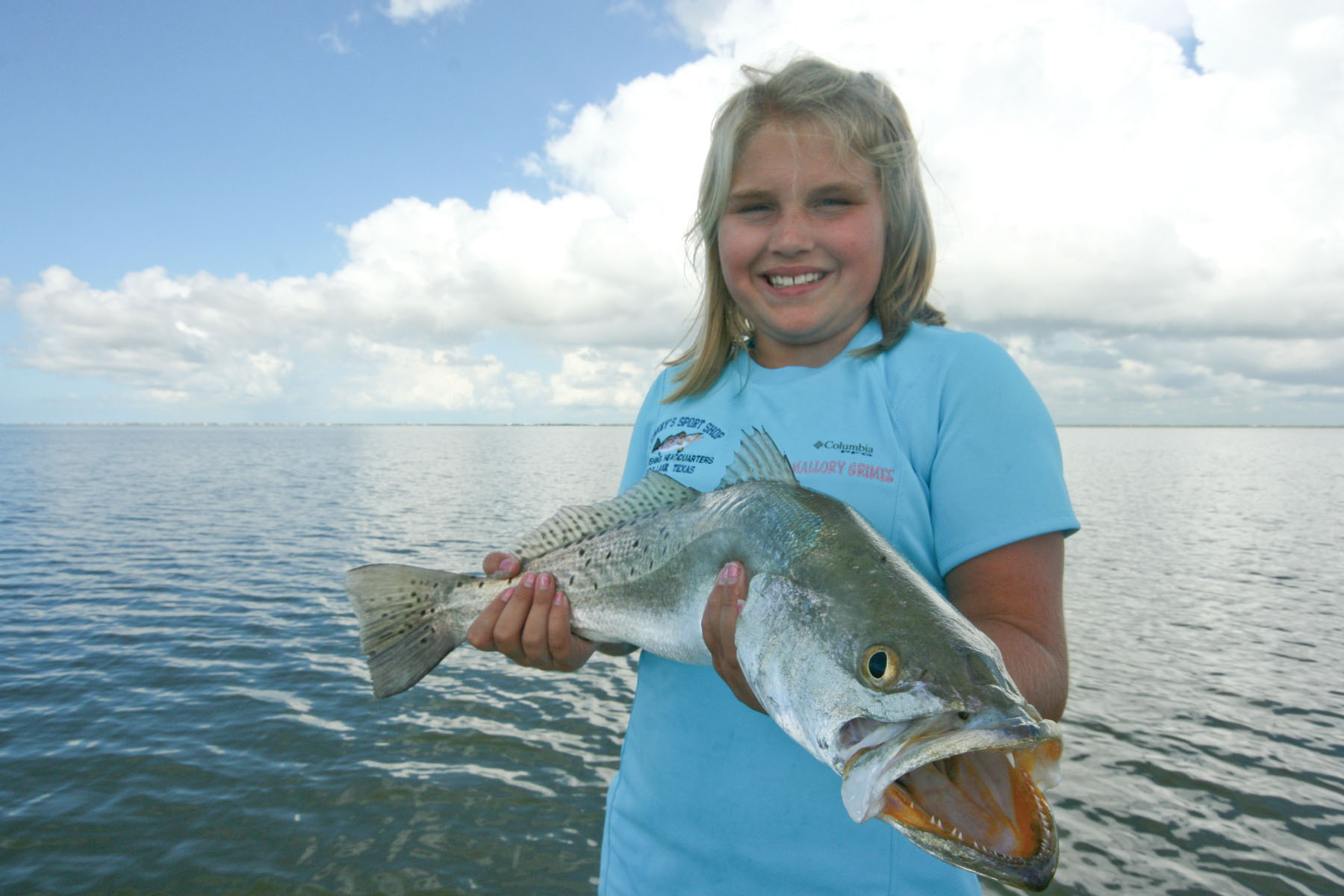 Author’s daughter showing off a fine Matagorda speck. Keep an eye on the birds!

All Matagorda captains have been saying it since the spring, "it is going to be a good fall." Why? We have been seeing shrimp in all the places they should be, probably due to the wet spring we enjoyed.

Last year's drought put a damper on the white shrimp crop. Whites need freshwater to "sweeten" the marsh nursery to grow before flooding the bays in the fall and eventually the Gulf.

Last year's hypersaline environment stunted the shrimp harvest and the effects were seen firsthand in our bays with the absence of diving gulls. Now, that's not to say we didn't catch fish last fall; we just had to work harder and longer to find specks and redfish over deep shell.

One of my fondest memories of the fall in East Bay was taking a day off of work in the late 90s to hunt ducks with a couple of my high school buddies. We threw out two sacks of decoys and sat somewhere on the east end of the bay until sunrise. We saw very few ducks, but watched flock after flock of birds working over fish, so we picked up the spread, tore off the waders, and caught 30 trout to five pounds in about an hour.

That day I swore I would never leave Matagorda County.

East Matagorda Bay has spoiled us for years by producing world-class fall fishing and I truly believe this fall will be a banner campaign. Heck, I caught limits of trout on a couple of occasions under birds in August, and regularly saw gobs of shrimp in the back lakes when tides rose in late August and early September.

Of course, when word of "birds working" reach the masses, East Matagorda Bay can become a circus, so be patient and keep your cool. Treat other boats with respect, and remember, it's just fishing.

If crowds are not your thing, slip on over to West Bay and wade the shorelines. Autumn equinox tides push those big redfish tight to the grass where a small Super Spook or She Pup normally tickles their fancy.

If you must stay in the boat, work the edges of Oyster and Crab lake and look for a "V," that's where you will find a freight train of schooling redfish sniffing out shrimp hiding in the grass.

We cast and blasted for teal and trout for the last half of September, and will continue with dove during October. Most of the fishing will be done in the morning with shotgunners catching the late-afternoon flight around water and goatweed. Dove hunting is dove hunting - success can change with the slightest wind shift or rain shower - but, we try to stack the odds by resting and rotating our fields. It ain't too shabby, and a lot closer than South Texas.

As for baits, I love throwing a small Super Spook or MirrOlure She Pup this time of year on a 6'2" Waterloo Slam Mag. I am not one of those guys who brings 900 rods in the boat - just one - and it works a Bass Assassin just fine, too.

I should have my 2013 2400 Pathfinder by October, the 13th Maverick Boat Company hull I have owned.

Enjoy the brisk mornings, breath-taking sunrises and sunsets, migrating waterfowl and the very best fishing of the year.

How could anyone doubt the Good Lord painted this picture?