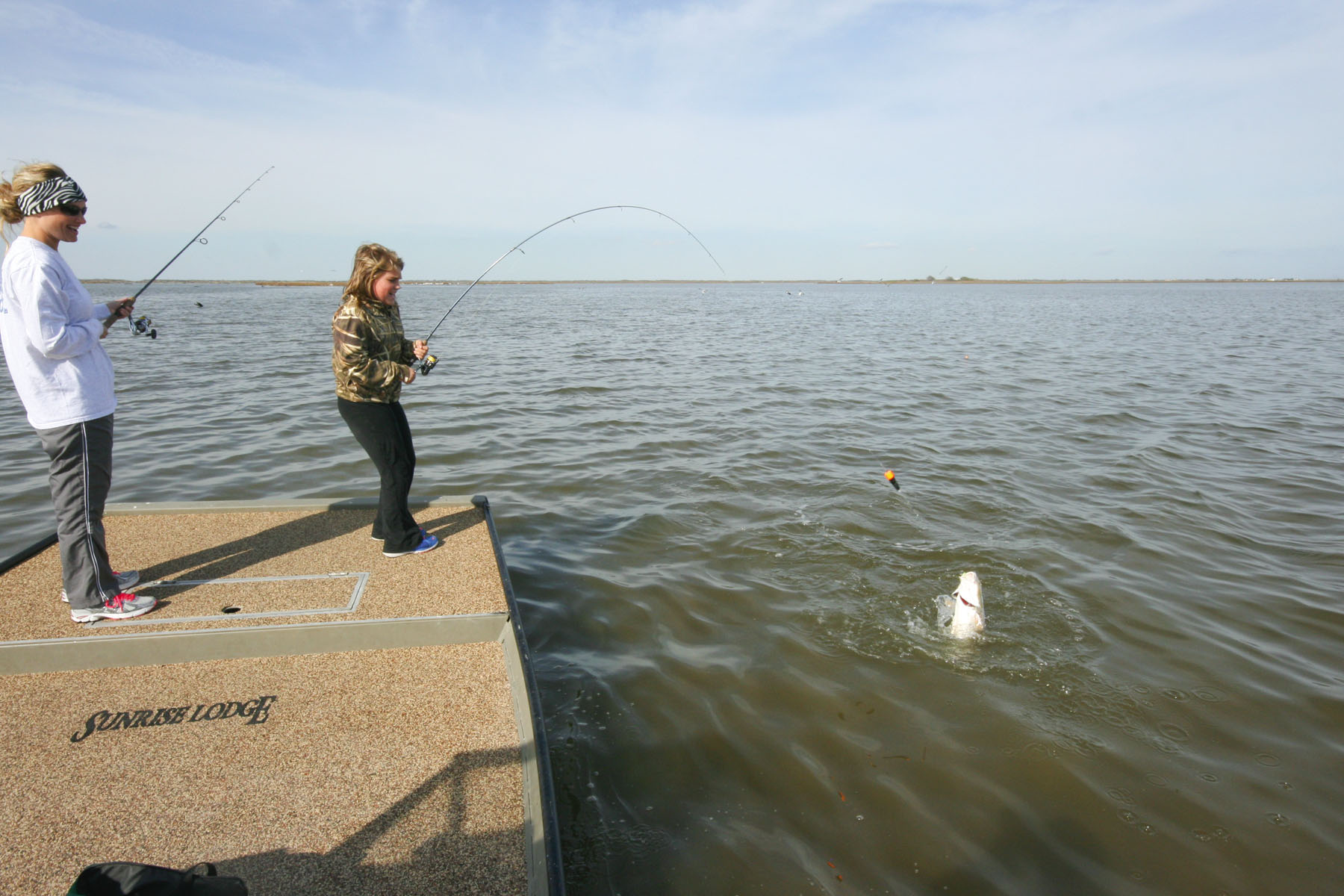 Getting a hold on a fall pattern of consistent fishing can be tough, since the next change in weather could very well begin one of the year's greatest transitions. Still, you can bet we are all anxiously awaiting the transition from summer fishing to fall fishing. That transition officially occurred September 22 on the calendar, but it remains to be seen when it happens in our bay.

White shrimp determine how successful autumn fishing can be; and, salinity levels usually determine the fate of white shrimp. "Whities" grow in the marsh during the spring and summer, with optimal brine levels around 15ppt (parts per thousand). With the ongoing drought, you probably won't find 15ppt in a coastal marsh anywhere in Texas right now.

White shrimp do not mature and grow in high salinity nearly as well as brown shrimp, so in periods of drought, white shrimp crops can be below average. That directly affects how many flocks of seagulls you see in the bays in October and November.

Normally, the in-between days of summer and fall make speckled trout a bit finicky, especially when winds blow and you can't get to the fish. That's when redfish take up the slack. Higher tides push reds to the back lakes where they begin schooling along shorelines. It's not uncommon to find pods of 2-4 dozen fish with noses down and turquoise tails waving above the surface of the water.

We toss small topwaters and soft plastics under a cork (to keep it out of the shell) at those fish, sometimes with triple hookups; but, when three are bowed up with a big red, chances are lines are going to cross and hooks or lines are going to pop.

The first few cold fronts of the year have significance. Swelling fall tides push water to the back reaches of the marsh where shrimp stage before starting their trek to the Gulf of Mexico. Not until a blast of cold wind hits the coast do tides fall and shrimp begin descending out of the marsh.

Typical weather patterns seem to be later and later every year. The last few years the first cold fronts have not arrived until November, so "working the birds" has been late. However, while anglers are waiting on gulls to dive, mid-bay reefs are left alone. Fewer and fewer people wade during the fall, but there are some great fish that hang on the reefs just waiting to eat a big Super Spook or Top Dog.

Most of the reefs have drop-offs from years and years of oyster dredging and the trout like to work the edge of the shell and the mud. Most of those hotspots are on the tips of the reefs and can be reached with a solid cast.

Back to "working the birds" talk. When I first moved my fishing operation to Matagorda, we consistently caught 4-6 pound trout under the birds on topwaters. In fact, the first five years I lived here I never threw anything but a plug under the birds.

Like most "good ol' days" stories, things have changed. The birds don't work nearly as reliable and the fish are consistently smaller, but we still have plenty of quality fish and more redfish mixed under birds than in years past.

I still look forward to the chill of red ear lobes and all that is fall in Matagorda.