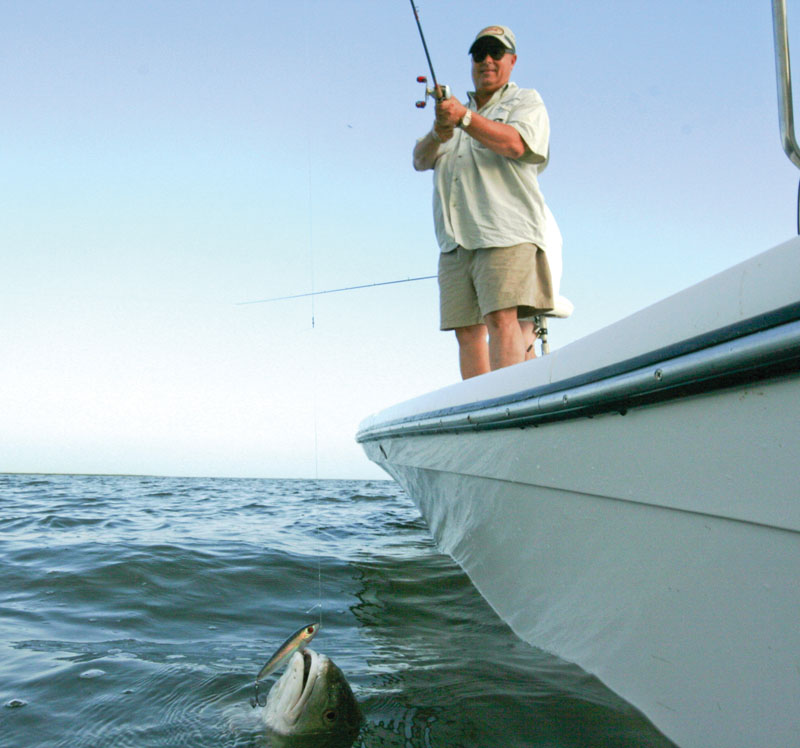 If October is half of what Matagorda captains expect it to be, we could enjoy the "good ole' days" once again.

When I moved to Matagorda County in the late-90s it was nothing to catch 3-to 5 pound trout on topwaters under the birds. Five-pounders were cheap, and we took it for granted.

Sure, the birds still work in October and the fishing is good, but we haven't seen greatness during the past decade.

I believe that is about to change.

Freshwater inflow is a powerful thing; and, the spring and summer floods we endured have rejuvenated our estuaries from the bottom to the top of the food chain.

Shrimpers are telling me they haven't seen a shrimp crop like this one in fifteen years. Crabbers are hauling in a bounty. Shad and mullet are everywhere. Big brown table shrimp are abundant. Oysters are rebounding.

We caught good trout and redfish under the birds on calm days for over half of August. Those fish were crushing a topwater. I can't remember an August pattern like this one in over a decade.

The marshes in West Bay are full of shrimp and redfish are already running the grass lines in large schools. Trout have been holding on the sand and grass shorelines of West Bay throughout the summer like I haven't seen in years.

My point is: I can't imagine it getting any better, but if you know autumn fishing like I do, it has to get better.

Swelling fall tides are a boon for redfishers. Like shrimp, when tides are high, redfish wander to the back lakes and marshes. It might be cruising the grass line in Oyster Lake, staging on shell pads in Crab Lake, or circling the reefs and drop-offs at Shell Island. Live shrimp under a popping cork is the best course of action, but I love to toss a small Super Spook along the grass and hope I can turn a whopper from the shell when it decides to inhale it.

With all the shrimp in the back lakes, on calm days, schools of trout and redfish follow the pods of crustaceans with gulls showing the way. It might be a single bird hovering a couple of feet above the surface, but most of the time that bird is over a large pod of fish.

Don't forget that larger reds hang out in the surf and at the jetty. Table shrimp, finger mullet and cracked crabs are the best offerings for the big spawners. If you plan to target bull redfish, the Gulf is the spot, but don't be surprised if you run in to a 40-incher in the bay.

As always, the scattered shell and mud in East Matagorda Bay is a player for trout with light winds and green tides. We will toss topwaters, Bass Assassins, Down South Lures, MirrOlures and Gulps under a popping cork, and on days we can wade we will try to get on the mid-bay reefs for larger trout.

If you can't tell, I am pretty excited about October.