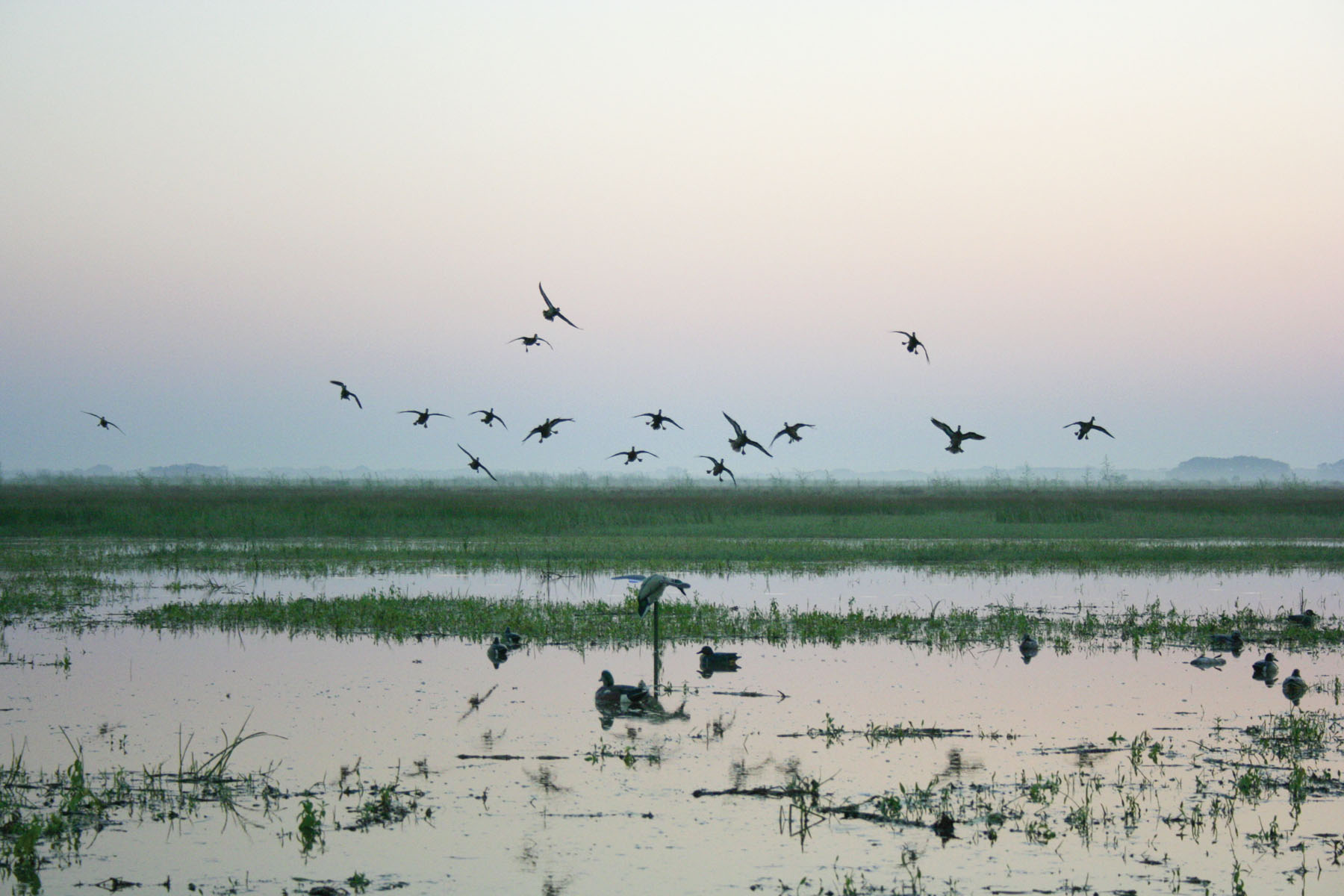 Summer 2013 will officially end with the arrival of the autumnal equinox on September 22. The long days of summer will be behind us as the hours of daylight and darkness become equal. Though the calendar may claim it is fall, chances are the heat will still be hanging around throughout the month and into early October.

How will the heat affect coastal fishing and hunting? That's a tricky question to answer.

Autumn tides will swell, much like large tides associated with low pressure or a tropical depression in the Gulf. Expect redfish to fill the back lakes and grassy shorelines and readily eating small topwaters and weedless soft plastics. Bloated water levels also encourage large, solitary trout to extend their boundaries to the upper reaches of the estuaries. So when casting to a pod of marsh redfish, don't be surprised to find a silver streak cruising the shallows.

Matagorda Bay anglers should find large schools of redfish on the north shoreline. Live shrimp, mullet and topwaters work well. Back bay areas like Oyster Lake, Crab Lake and Lake Austin hold healthy shrimp populations as the fall weather pattern begins to develop. Don't be surprised to see birds working in the back lakes on calm days as shrimp begin to leave the marsh.

In the open bay, higher tides make it tougher to find schools of trout, so look for signs; those signs being slicks and birds.

As long as water temperatures continue to hang in the 80s, Matagorda trout will remain in a summer pattern. That means over deep shell in East Bay, where Bass Assassins, Gulps and live shrimp are best under a Mid-Coast Nexus cork. Small topwaters like MirrOlure She Pups and Super Spook Jrs get blown out of the water as well.

Wading the mid-bay reefs produces throughout the year on the same baits, and with higher tides, the muddy bottoms around Brown Cedar Flats hold both trout and redfish for waders.

Most waders that fish the grassbeds in West Bay all summer head elsewhere in September, but they still hold fish, redfish especially. Guts and cuts along the south shoreline often get overlooked; and, for those wanting to get away from the crowds, the far west end of West Bay is the place to do it.

Hunters curse 90 heat, knowing they need the cool fronts of autumn to usher in new recruits of doves and ducks. But, in Texas, we expect to sweat when wingshooting this month.

Teal season runs September 14 29 and we will be hunting the mornings and fishing the afternoons. New for this year is a 6-teal daily bag limit which should give shotgunners another volley or two before they bag out.

South Zone dove season runs September 20 October27 and we often fish the morning and hunt the afternoon for whitewings and mourners.

Lots of opportunities outdoors why would you live anywhere else?