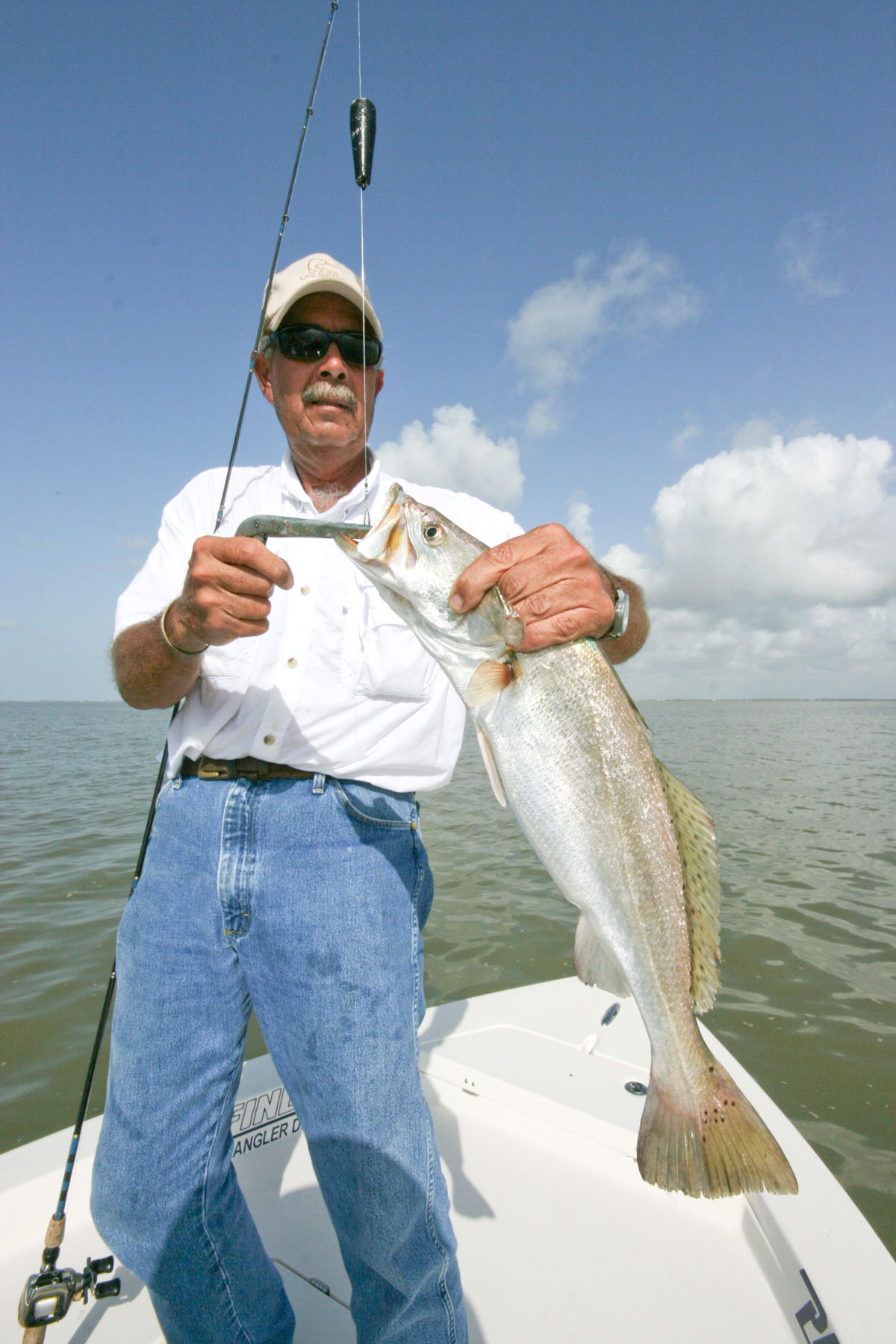 Grab a rod, grab a shotgun... grab both! That's what I will be doing most of September.

I look forward to north breezes that cut the humidity and mercury readings. Cooler nighttime temps do wonders for coastal fishing and for captains who have been fighting the heat for the past three months.

Those fronts also usher new recruits of doves and teal to Texas. What a great time to live in the Lone Star State.

Expect tides to swell and expect redfish to fill the back lakes and grassy shorelines, readily eating small topwaters and weedless soft plastics. Bloated water levels also encourage large, solitary trout to extend their boundaries to the upper reaches of estuaries. So when casting to a pod of marsh redfish, don't be surprised to find a silver streak cruising the shallows.

We find large schools of redfish on the north shoreline of East Matagorda Bay. Live shrimp, mullet and topwaters work well. Back-bay areas like Oyster Lake, Crab Lake and Lake Austin hold healthy populations. Don't be surprised to see birds working in the back lakes on calm days as shrimp begin to leave the marsh.

If water temperatures continue to hang in the 80s, Matagorda trout will remain in a summer pattern. That means over deep shell in East Bay, where Bass Assassins, Down South Lures, MirrOlure Soft-Dines, GULP and live shrimp are best under a cork. Small topwaters like She Pups and the Super Spook Jr get blown out of the water as well.

Wading the mid-bay reefs in East Bay produces throughout the year. With higher tides, the muddy bottoms around Brown Cedar Flats hold both trout and redfish for waders and drifters. The farthest east end of the bay gets really good this time of year.

Teal season runs September 12-27 and we will be hunting the mornings and fishing the afternoons. Biologists point to another bumper crop of blue wings at around 8.5 million birds. Few things rival a dozen acrobatic teal cutting their wings over a prairie pond and dropping in your decoys.

Summer rains have marsh ponds in great shape. As of the time of this writing, we still have teal dates available.

South Zone dove season runs Sept.18-Oct.18 and we often fish the morning and hunt the afternoon for whitewings and mourners. Many of our hunts will be over sunflowers, corn, milo and goatweed.

Though we don't guarantee it, it's pretty cool to catch a limit of fish and shoot a limit of birds on the same day.