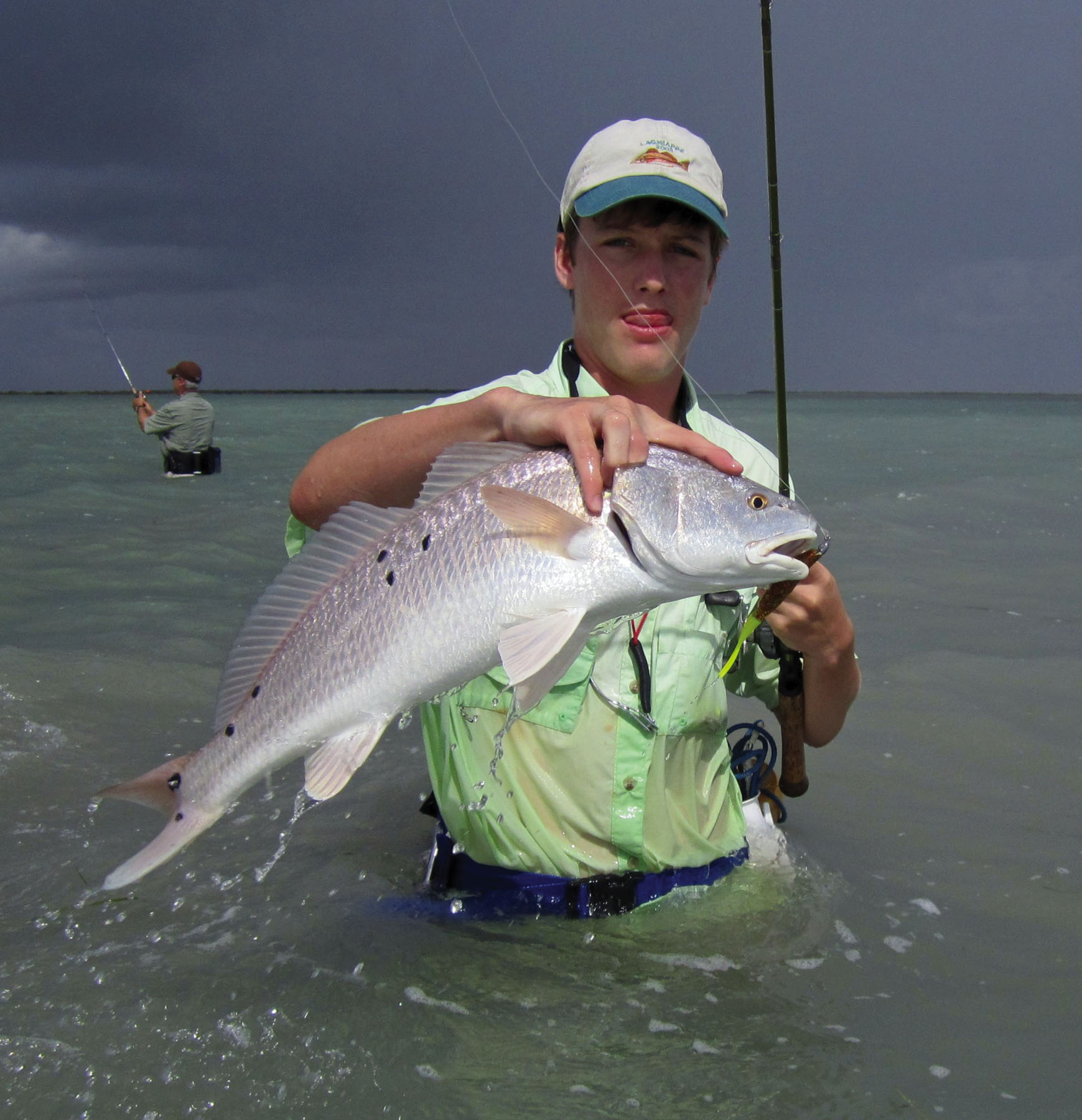 Mid-summer fishing can be a hit-or-miss deal and lately we have either been hitting it big or missing it totally. On good days the bite has been steady with some great fish mixed in. During some of the hotter days with no wind and no water movement, when the surface gets all grassed-up, the catching part has been a struggle. With any luck, the flushing from Hurricane Alex just might do for us what Dolly did in 2008; setting us up for the most incredible fall and winter seasons we've ever seen. We shall see.

As of this writing, there are about as many undersized trout as anybody could want to catch, but going through them trying to find larger specimens can be frustrating. Some of the boaters, however, can be even more frustrating and it has been as crowded down here as I have ever seen, especially during weekends. (What recession?) It's also tournament time and it seems we have a private or corporate event here almost daily. Let's all please be respectful of others, and especially respectful while handling these smaller summertime fish as they are the future of our fishery.

Virtually all of the deeper grassbeds and submerged points have been holding good numbers of trout. Even though many don't meet the minimum mark, they are all in there together so by continuing to go through them some nice fish can be found. A good example would be the twenty-eight pictured here caught by Tolar Hamblen. Typical for this time of year, it was fooled with a slow-moving tail just above the grass. He said the fish "pecked" at it three times before it finally committed.

Although there has been the occasional early topwater bite, the plastic tail has ruled as far as action goes. "Shrimpy" colors such as pumpkinseed/chartreuse have been consistent producers, but in off-colored water, plum and even black have done well. In the absence of a strong feed during these hot water conditions (temps on the flats are reaching 92 degrees on sunny, low wind days), the best bet has been tails worked low, just above the grass tips, about waist deep in murky color changes.

Redfish, a huge attraction here for many sightcasting sportsmen, strangely disappeared from the flats for several weeks. They seemed to have preferred the deeper dirtier waters instead, but finally started to show back in the shallows during late June and early July. Sight-casting in the clear sand became a great option, but often these fish were far too shallow for most boats and long walks were required. When you could get to them, gold spoons worked as well as anything. They often worked better simply because of the casting distance they offer on these spooky cruisers.

August is an interesting month and hopes are high for a great summer's end. Winds should be down with many days when we will all beg for even the slightest breeze. Redfish should be in their shallow patterns and we typically see larger groups pushing wakes in the early morning calm an awesome sight to see and often from hundreds of yards. They can stay grouped together and remain catchable for hours at a time, but unfortunately, increasing numbers of over-zealous boaters tend to push them down quickly. There are better ways to approach these schools than to just use the big motor. Let's don't be in a hurry here.

Topwaters on these bigger groups of fish can be a blast, literally! She Dogs can be met with some extreme aggression and often the whole school will turn and charge the bait. Hooking up on the edge of the school usually gives the chance to catch several before they scatter. We should also start to see more tailing activity in the shallow grass and up on the sand. Not sure which is more of a rush throwing spoons at waving tails or having topwaters crushed by schoolers but it's all good, you can bet on that.

When tides drop, look for bait and predator alike to become concentrated in small depressions, guts and tapering shelves near deeper water. For whatever reason, we usually start to see big trout using the extreme shallows as well towards the end of the month, often tailing right along with the reds. How exciting is that?

An active tropical season is predicted, so let's hope for the potential benefits and not the potential destruction. We don't know what this season is going to bring, but I am excited to be out there most days finding out. Here's to a great Augustjust keep those tails moving.