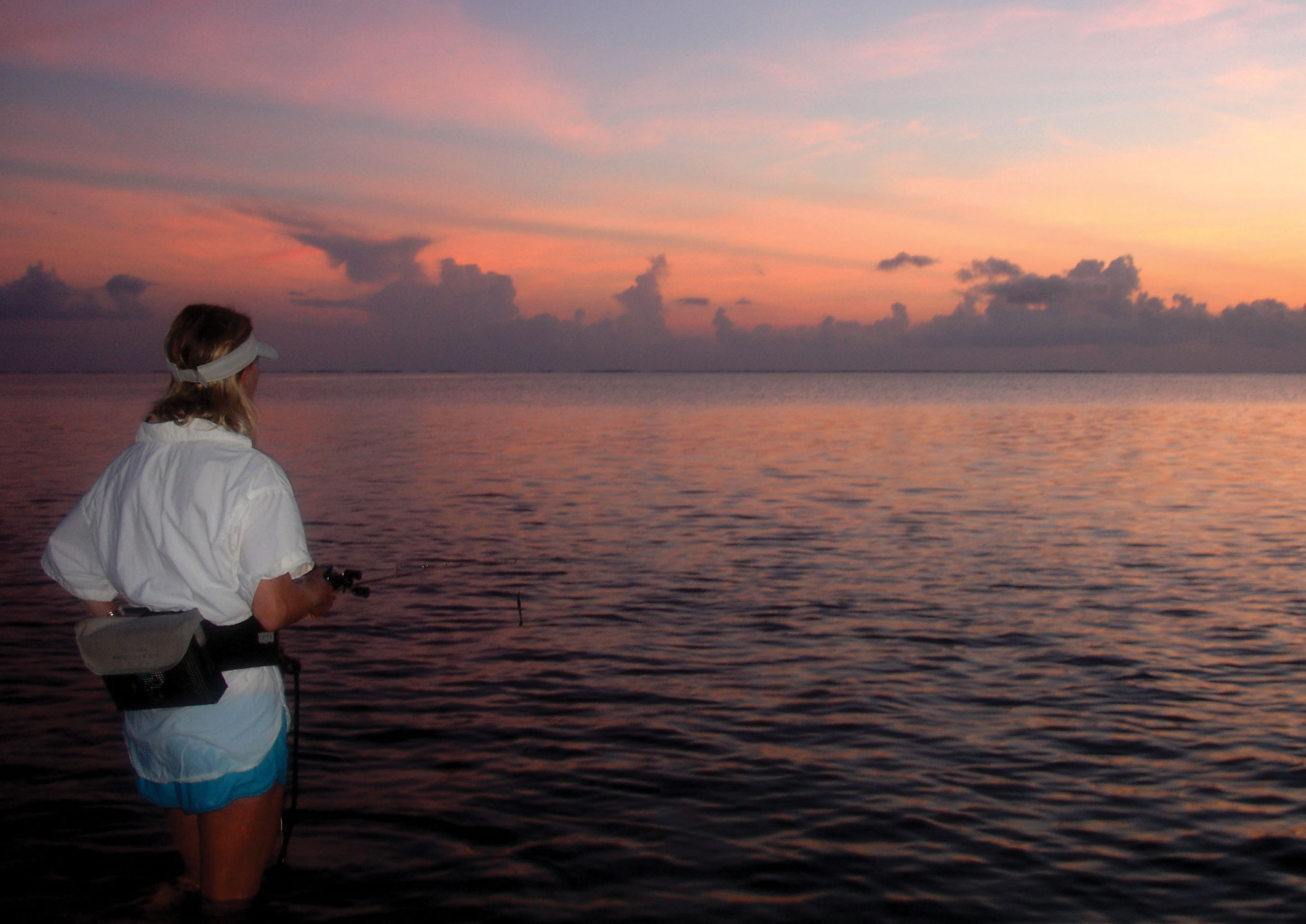 The key is to beat the crowds with a good game plan and stealthy approach.

There are many reasons why we chose fishing as a pastime and the ever-changing challenges that nature presents would not be last on the list. Over the past month exceptionally high tides and overflowing parking lots have presented some tough hurdles. Fish naturally scatter given the amount of water they have to roam in and boat traffic has the tendency to spread them even further. Each summer season it seems that yet another wave of hopeful anglers discover Port Mansfield, so it goes without saying that you had better get out early, have a good plan, and execute it well.

Good plans during the past month have included beating the crowds and targeting mostly deeper water with heavy grass beds. Best catches have routinely come from waist-deep or deeper areas with good cover, or strong sandy drop-offs near shorelines and spoils. Finding good concentrations of bait with the slimmest concentration of boats has been the key. Topwaters have done well even in uncomfortably deep water, with One Knockers, Skitter Walks and She Dogs being reliable. Calmer periods have called for junior-size plugs, but large baits have been hit hard during aggressive periods.

Besides flurries of topwater action, plastics on 1/8 ounce jigs remain hard to beat. Pick your poison. I have been throwing mostly Kelly Wigglers and the Die Dapper from Bass Assassin has also been a steady producer, especially when we need to go weedless. The importance of color is never a constant and we certainly have days when it doesn't seem to matter. Here lately, pumpkinseed/chartreuse works in most water with plum/chartreuse getting it done most consistently in darker water. After that, it's simply finding the right retrieve speed and depth to match the feeding pattern, and of course we always pray that good luck will be with us.

Braided line has to be one of the greatest innovations for lure fishermen and I can't imagine trying to feel a soft bite or work a lure as well without using it. For most folks, somewhere along the braided line learning curve, we realize that we might have been better fisherman than we ever imagined, we simply were not feeling the bite.

We try to learn something new every day and I have been searching for clues all summer to understand why we have not been seeing fish following the reliable patterns of the past i.e., high in the shallows early and then dropping down as the day wears on. We have mostly been starting deeper and staying there. Who knows why, but again, every year is different.

As far as August goes, we are certainly looking forward to a drop in overall water levels and also less boat traffic as anglers grow tired of fighting the searing heat. This should put fish in the more predictable depressions, funnels and swales. We should see redfish start patrolling the flats in larger groups and becoming more aggressive as they will feed competitively. Approach is the key, and I sure wish more boaters would chill a bit and ease into obvious schools instead of "torpedoing" them as has become so common. I firmly believe that "over anxious" fishermen are helping to change fish patterns by being too aggressive. We just don't see large groups of tailing fish anymore like we should, and it's not hard to imagine boats being part of the equation. Pole, drift or wade into these schools and more folks can share without sending them fleeing in fear…or perhaps even change their minds about areas they want to feed.

Trout should be easier to pattern as well. For some reason, every August we start seeing large trout show up shallow and becoming receptive, even tailing at times for those on the lookout. That large square black flag waving in the distance should make anybody's adrenaline spike. They are catchable too, but again, a silent approach is critical. That's another reason why we wade, we can simply address those exciting opportunities much better on foot, plus it's a heck of a lot more fun getting in there with them.

As of now things remain inspiring in the Lower Laguna, and should remain so barring any tropical catastrophe, colored tides, or more importantly, overwhelming human interaction. It's a very shallow system without the many safe havens of the bays further up the coast, so indeed, we can all make a difference good or bad. Take what you need, but remember that this is about much more than just food for our tables and egos. Enjoy the challenge of August…the last summer act before the wonders of fall arrive. Can't wait for either!