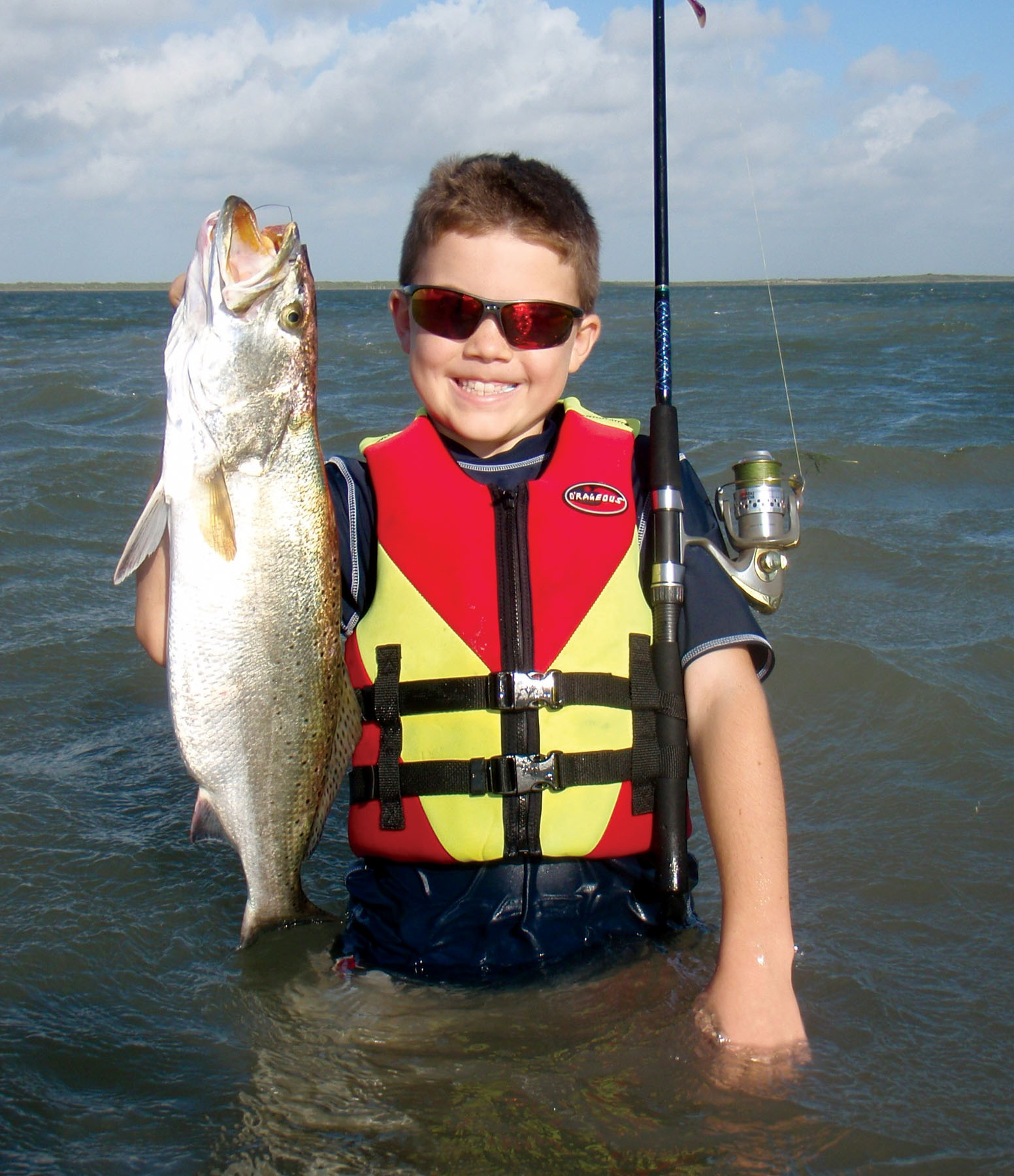 “Corbin Bender was an inspiration…I don’t care who you are!”

After the exceptional catches we had been enjoying, plus the high hopes we've had, things just sort of fell apart down here in the last couple of weeks. We've had some great trips, but for the most part, fishing was rather tough, at least as regards quality. We'll move our higher expectations towards December, which has traditionally been one of our more pleasantly productive months.

As far as recent efforts, it seemed that no matter where you went the system was full of juvenile trout. It was almost as many as you wanted to catch but the "keeper" ratio became quite low. Floating grass was a major issue which kept several prime areas virtually out of play. Add honking winds, high water levels, thunderous storms and a touch of red tide, and the formula wasn't exactly productive. Redfish often covered the flats one day and then would totally vanish for the next three. Other times, although we could clearly see fish flashing at topwaters and following tails, they were just not going to cooperate for long portions of the day. Even so, there were still days when even a ten year old could get it done, such as Corbin Bender pictured here with his first trout.

Corbin was the first out of the boat for each of three days, waded in front of everybody with little assistance, and basically never stopped fishing. There are kids and there are kids, and it's amazing how some of them get after it better than many adults. Expose them early, the right way, and be inspired at what some of them can achieve.

The good news is that we are seeing some exceptional fish using the shallows. That tells of things to come; that they are here and will soon become more available. One particular instance while working redfish high in the sand, several large trout could be seen silently gliding off between them. I managed to hook one in the clear, shin deep water, which is cool by any standards, especially being that this one strapped thirty one inches. Unfortunately she didn't have winter's weight on her yet, but that will change, and there should soon be more of them.

December is hard to predict because we don't know what the weather will throw at us. The expectations are that due to another "El Nino" period, it should be a warmer, wetter winter. We'll keep that hope alive and be ready for some of the things we do know.

We do know that tides will drop significantly, which will help concentrate fish in traditional depressions, guts and other level drops. We know they will be driven there when it's cold, but come up to the nearest shallows when conditions moderate after northers. Besides the big trout many covet, some of the best redfishing of the year is also possible. Rather than catching scattered fish on the flats, we often see large schools stack up in the aforementioned deeper swales and guts, which here are still less than waist deep. The theory that all of the mature reds leave the bays during winter must have been formulated by folks who don't fish in the winter.

As far as lures go, not much will change with the exception that many will pull their Corkys back out, especially while probing for that personal best trout. However, the main part of the equation will always be determining the best retrieve for the situation. Besides being where fish are, proper speed and depth will catch your fish, and that can change throughout the day. The key will be figuring out the bite, and often mere inches can make a huge difference.

Topwaters will of course be exciting when fish are aggressive, but for practical purposes, the plastic tail is the most versatile tool in your box. You can easily put it where it needs to be with minor adjustments, such as lead head size, and colors are easily changed to provide the contrast needed to get some attention. Swimming baits are great when a flat retrieve is needed, such as just above the grass in shallow water, and rat tail baits rule when a greater portion of the water column needs to be addressed. I'll probably just go with what I know, which is the big Kelly Wiggler paddle tail in some situations and the Brown Lure Devil Eye in others. Let's go!