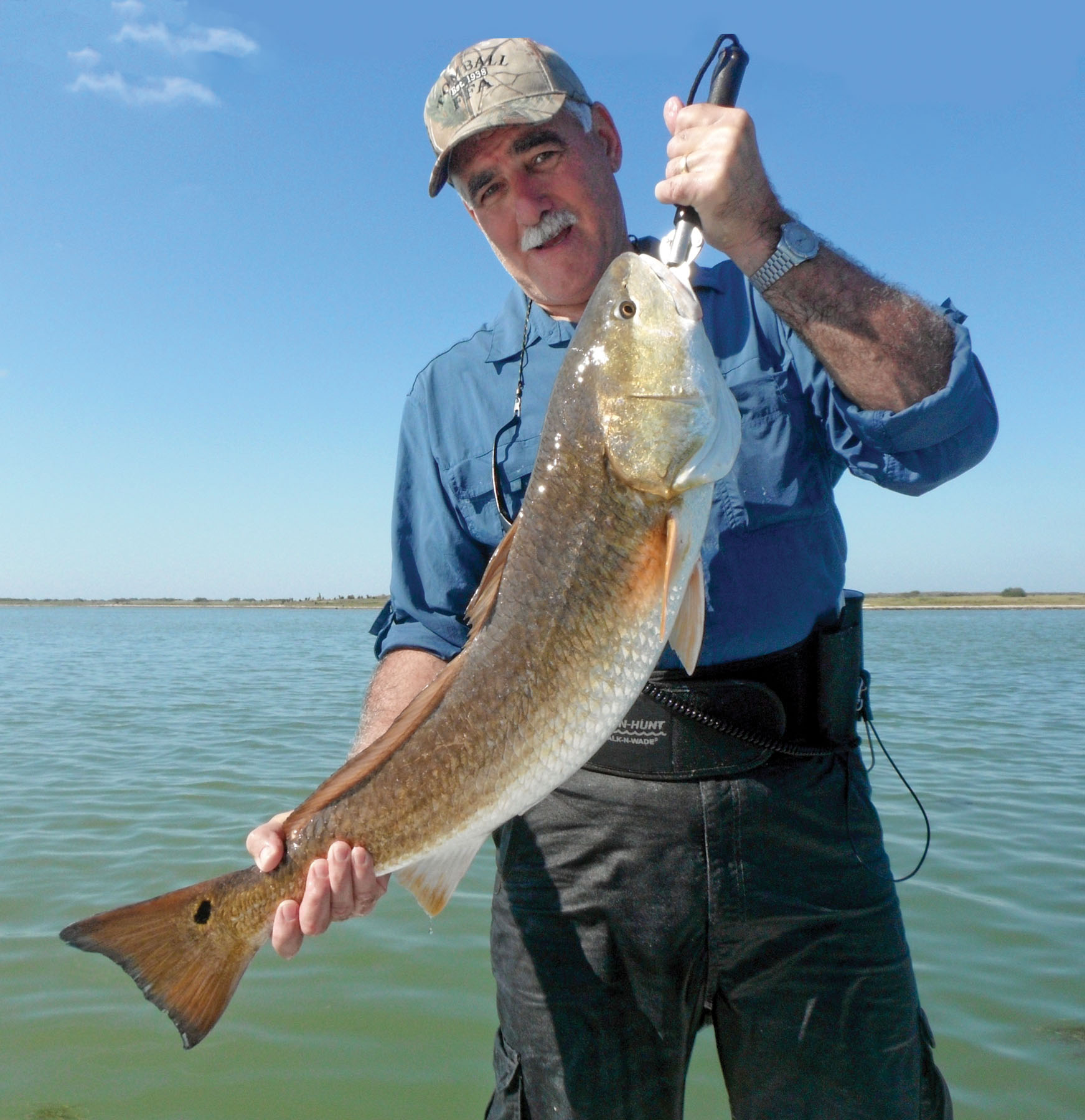 Large trout may be the sirens of winter, but the reds can be awesome too.

Despite record-setting summer heat, ongoing drought, a flood of anglers, and a dose of red tide, the Lower Laguna Madre is still being all she can be. Fishing remains great, but fishermen need to understand that a slow day can appear out of nowhere, even during a string of epic ones. Count each day on the water a blessing and remember a tough day here and there only serves to make the good ones that much better.

To recap a bit; the fall season has been good to us so far, but not all days have been gimmes. Some years it comes perfectly scripted with herds of redfish tailing across the flats and trout hammering topwaters everywhere you care to go. Other years, like this one, you just have to wonder what month it really is. Redfish finally appeared in the shallows in good numbers, but while thick for several days they simply vanished for several more. Trout were gorged with mullet this day, stuffed with tiny shrimp the next, then totally empty for days at a time. Flounder were amazing and then you'd swear they'd gone extinct. Who knows why nature is such a fickle lady, but that's probably why we keep going back to her. The day I am not challenged by anything new it will be time to move on, and I have to admit turning adversities into advantages continues to be mysteriously enjoyable.

Two days after our first significant norther, clear skies with crisp air and calm winds seemed ideal. After drawing blanks in a high percentage area, we cruised onto a shallow flat to find a mirror surface textured with wakes of fleeing fish as far as you could see. Big predators, plus various other creatures such as mullet, sheepshead and drum, had invaded the extreme shallows in unimaginable numbers. However, despite trying every proven approach I knew, there was no such thing as a single take much less a hookup. Frustrated with so many visible signals, we eventually chanced to walk out a bit deeper. Thankfully, a little Skitter Walk Jr. twitched just enough to make an attractive disturbance was soon met with eight pounds of redfish violence. On a pattern at last, and although we didn't exactly fill the boat, we managed three trout over six pounds with the largest at seven and a half, plus six upper-slot reds.

To me, catching a few quality fish in surrealistic conditions will always trump a boatload of barely legal keepers, just so we can thump our chest and say, "Hey, look at me, I got a limit!" Well, at least we would sure hope so, but back to the challenges of fishing, if we only practice what we already know, all we will ever get is what we've already had. Don't ever be afraid to think and experiment when the bite is not obvious.

Looking ahead to December; it's going to be all about the timing of the northers. Patterns should be fairly standard, with fish pulling up shallow both before and after blows and shrinking back deeper during the worst of them. Recovery periods are often quick, and especially as soon as the sun comes back out, fish should be basking in shallow potholes. I like to think of them as mini hot tubs, and while the most productive usually rim deeper drops, longer periods between fronts can encourage movement farther into the shallows or back lakes. Winter fish become acclimated to temperature swings, so the difference between "shallow" and "deep" becomes less as the season develops. As always, watching bait and birds will get us in the zone, except perhaps during the bitterest of mornings when signs above the surface become nearly non-existent. The same lures that worked during November will remain good ones for December with perhaps more Corky than topwater time being the only real change.

Although large trout are truly the sirens of winter, some of the best redfishing will also be available and, make no mistake, an afternoon of wrangling these brutes can be epic in its own way. Remember what I said earlier, December will be all about the northers, and fishing as the front approaches can be awesome but it is not a time to take chances. Know when to head for the safety of the harbor. Always remember that much of our prime winter fishing grounds lie outside of cell phone range and the chance to be rescued by a passing boat can be nearly non-existent. Have an adventure, and remember the kill is really not the thrill.