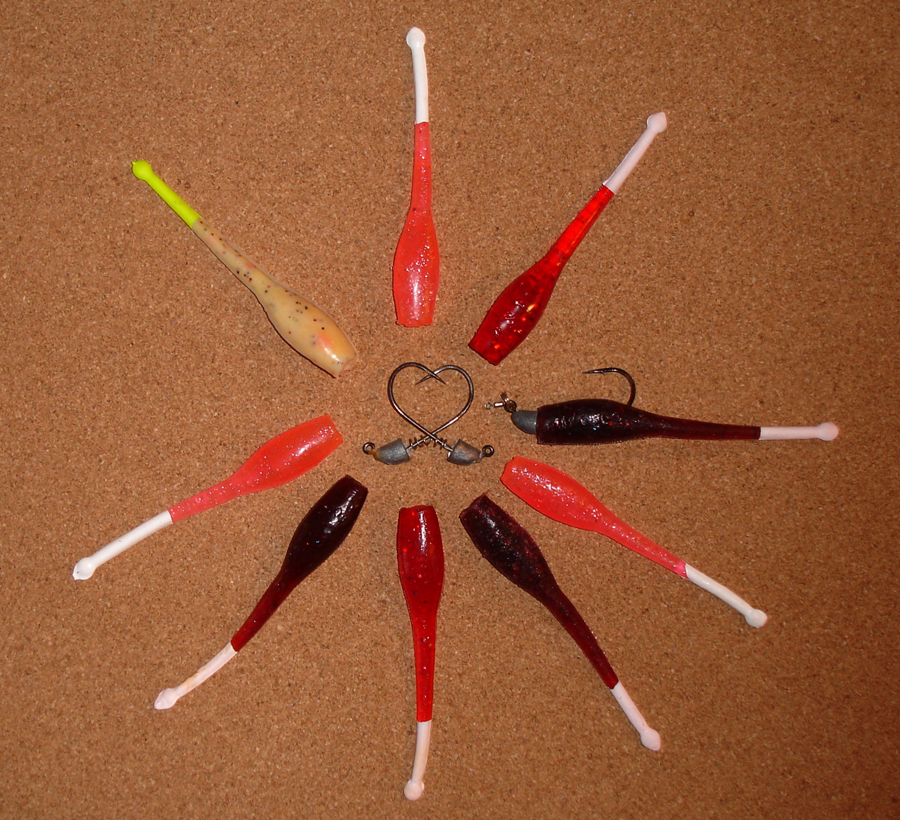 Winter is one of the most exciting times of the year for the dedicated bay fisherman. While all seasons display their unique character, everything just seems to be bigger during the colder months. With almost no crowd, the water becomes a vast arena of seemingly endless choices and unbroken horizons. The weather also seems to be bigger in many respects, and so do the fish as they respond to the harsh challenges of nature. We feel especially blessed here in Port Mansfield. While more northern locations are reeling from the blows of blustery cold fronts, South Texas recovers quickly and we are soon back in skinny water with light jackets and high expectations. If January was any indication of what February will have to offer, the winter of 2007 promises to be one for the logbook.

After the relatively strong norther during Christmas, January started off with much the same fanfare as the fireworks of New Year's Eve. We had a good showing of trout on our nearshore grass beds immediately after the blow. Remarkably, catches of forty to sixty fish per fisherman happened more than once. Even when there was not a strong feed the fish were thick enough that the catching remained steady.

The fish seemed to move up and down the water column between the comfortable blankets of grass and the energy being baked into the surface by the sun. It was important to constantly gauge the depth and speed of your lure at all times. Many lures worked well, everything from soft plastics to suspending hard baits, and of course Corkies. Dark, light, and bright lures all seemed to produce given good placement and a good feel for a delicate bite. The bite was not always soft; topwaters accounted for some of the most exciting sessions we had, even if short-lived at times.

Apart from what many assume during winter, some of the more aggressive feeding periods occurred near first light. Most of these fish were a solid seventeen to twenty-one inches and sported shoulders thick with winter weight. There were also many groups of undersized but aggressive trout willing to hit larger lures, which is an encouraging sign for upcoming years. As did many in other bay systems, we also caught enough magnum-sized trout to help fuel everybody's passion for that fish of a lifetime. Some of the most productive water for trout of all sizes was thigh to waist deep over small dark grass beds.

The big reds were a different story. Redfish are hearty and determined creatures. As soon as they get the green light of moderating weather, they will pull right back to the shallows they love. Plenty of small forage was available for them on the sand and grass lines such as small shrimp and crab. They could often be found rooting and grubbing the bottom in good numbers, but at times were also eager to pounce on topwaters in explosive displays of competition.

Muddier troughs bordering clear water with visible bait were strong signs to stop and fish. Many of these fish were upper slots to oversize in length. When the right groups were located, their aggressiveness rivaled any inshore encounter at any time of the year. In the immediate wake of strong cold fronts, looking for them in the nearest deeper trough or contour change was also highly productive.

February should offer more of the same with a slight twist. Colder water during the first part of the year stages fish in predictable areas but the conditions during February can often be more "survival based". As of this writing we haven't seen water temperatures dip into the upper forties or even low fifties yet, but when that occurs patterns will become more consistent, especially for big trout.

As with many other winter aficionados, we will devote a lot of time to stalking that personal best fish. Some of our best chances occur when fireplaces are crackling and late morning goose-down comforters are hard to leave. Large fish will often concentrate themselves in sheltered areas during the coldest period of a norther, making the needle in the haystack easier to find. It's the typical cold water "stack-up" scenario, and often where you find one you will find many. Simply put, "The colder the water, the easier it is to find concentrations of fish."

Last February brought excitement with each successive cold front. For the first few days after the norther we could move with them from deeper holes to the warming shorelines with a certain amount of regularity. When you find them, they are often willing to eat what we offer, sometimes voraciously in anticipation of the next front. It's all about timing and the routine cycle of survival where eating plays a large role.

We need to be there when they eat, and when the feed is on the lure we are throwing usually matters little. However, there are times when you simply have to being throwing the right one and I am growing increasingly fond of the new soft plastics by Brown Lures of Corky origin. Their original Devil has been very good for me, especially the dark strawberry blue and hot pink depending on water clarity. These lures snuggle up well to the jig head and don't seem to spin as much as other eel-type designs, they are also very durable. They seem to be something fish want to eat, and when the bite has been slow, hopping this lure through grassy humps has been a blast.

One thing that needs a quick mention is proper dress for winter work. Cold water demands the same respect as the fish we are seeking. To fully enjoy the experience, high quality gear is essential to success and comfort. There are several good products on the market dedicated to cold water, and manufacturers such as SIMMS make it possible for guides in Alaska to function and survive extremes that we don't see. The discriminating angler would do well to check into their line of products, especially the under garments designed for breathable waders. Comfort is everything and so is safety; these folks understand what we need. Here's wishing you good fishing, and may February bring you the fish you are looking for.