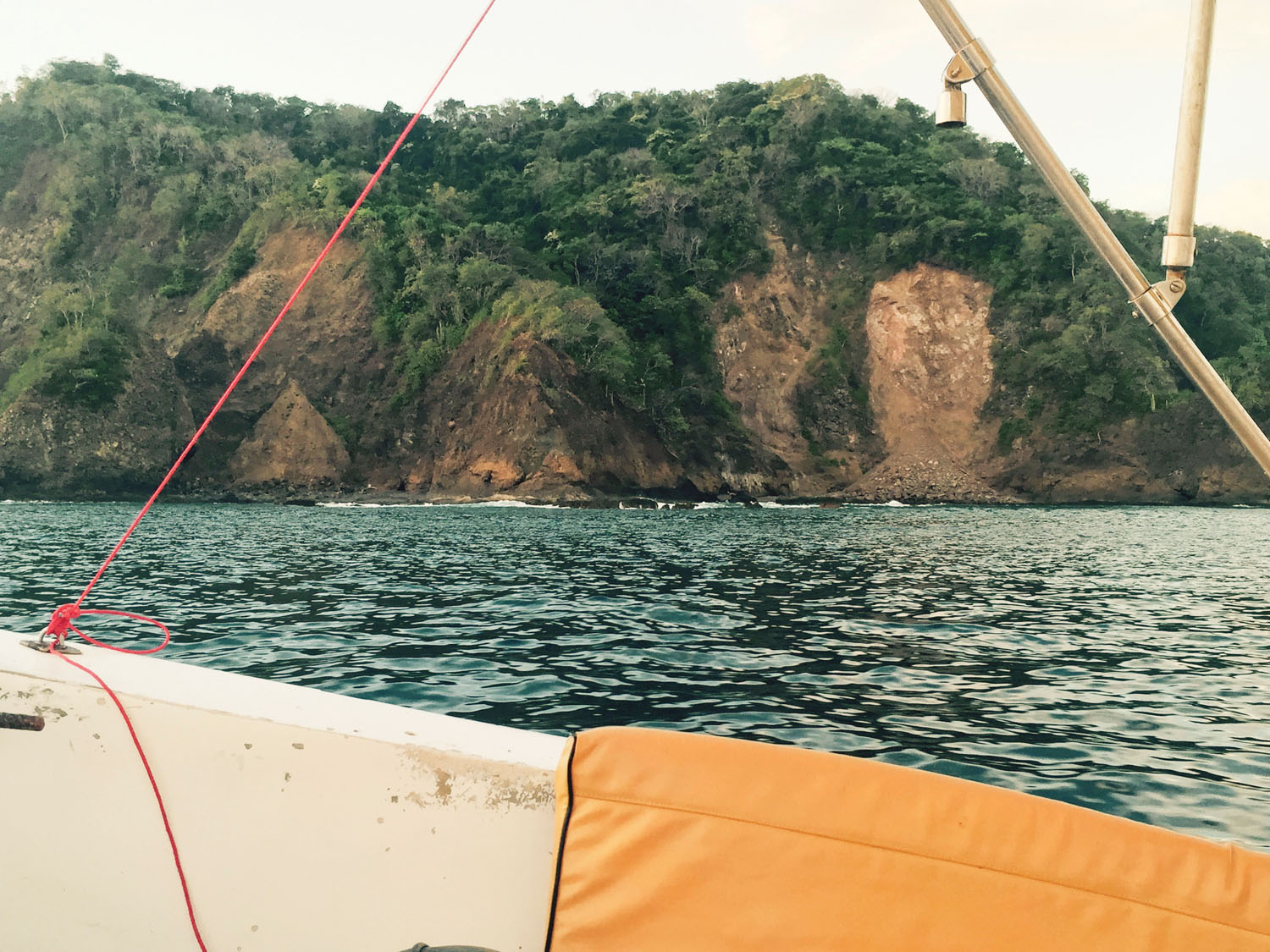 Shoreline view from the panga.

I recently had opportunity to do some traveling and while doing so I found something that has been missing in me for quite some time–the pure, clean joy of life. Or as they say in Costa Rica, "Pura Vida."

We all enjoy traveling to new places for different reasons but I know in my case it was a chance to slow down, get taken in by open solitude, see other ways of fishing, and spend time with some folks that do it with joy and integrity.

We didn't visit any of the popular fishing lodges that Costa Rica boasts and, we almost didn't fish at all, until our tour guide and bartender, Ernesto, suggested his amigo for a chance at a roosterfish off the Golfo de Nicoya.

We didn't get to tangle with an elusive trophy that day, but we missed one. What we did get though was the most awe inspiring experience of a lifetime. I enjoyed watching the sun rise fully, because for once I was not the captain and navigator, but mostly I saw the passion in my captain's face. The joy of fishing and sharing it with others is truly universal.

So, I do not have a recent report for Port Mansfield because I have been enjoying a much needed respite from my busy fishing schedule. What I do have is a renewed spirit and years of Port Mansfield fishing experience to share.

We were able to learn and witness the absolute stewardship and conservation ethic the Costa Ricans have established for their fishery. I pray it stays that way. What I witnessed there reinforces my belief in catch and release and continued conservation strategies here at home. I spent a month living the green life, and let me tell you, it felt pretty darn good.

So in saying all the above, I believe fishing during February and into early-spring will meet lure fishing enthusiast's expectations for trophy trout opportunity. I haven't been back on the water as of this writing, but I will be running steadily from mid-January through June. I do know that so far we have experienced very mild and wet conditions, much like last year. We can again expect an abundance of shrimp and blue crabs near the sloughs that bring fresh water to the Laguna Madre later in the season, barring a freeze event.

Going into February and probably also into March, I will spend a good deal of time near some of those sloughs I mentioned. We will also be targeting spoil edges, grassy-muddy guts, and potholes surrounded by thickly grassed flats for trophy trout. We will not be in these areas just to get bites, we will be there looking for "One Bite."

The best days in these areas will often be during a recovery period after a strong front has pushed through, usually on the second day, before the tides fully recover. Remember, the colder the norther, the more prolonged and productive the recovery period will usually be. Also remember that extra strong north wind pushes a great amount of water out and this decreases opportunities in guts on the flats and also along spoil edges. I believe it is because of this that I have personally caught more trophy fish on the second, third, and fourth day of recovery periods.

Corkys and tails should be the lures du jour with topwaters sprinkled in situationally. My soft plastic lure colors vary with water clarity. When it is murky I usually tend to throw darker colors with some chartreuse on them. When the water is lightly sanded to clean-green, including air-clear, as it is sometimes in winter, anything light that mimics natural forage is a good choice. Corky color can vary, I've witnessed clients catch trophy fish on lures that broke all the color rules. Most importantly do not leave home without some Fat Boys.

I can sum up the process with an excerpt by George Santayana from his essay The Philosophy of Travel "We need sometimes escape into open solitudes, into aimlessness, into the moral holiday of running some pure hazard, in order to sharpen the edge of life, to taste hardship, and to be compelled to work desperately for a moment at no matter what."