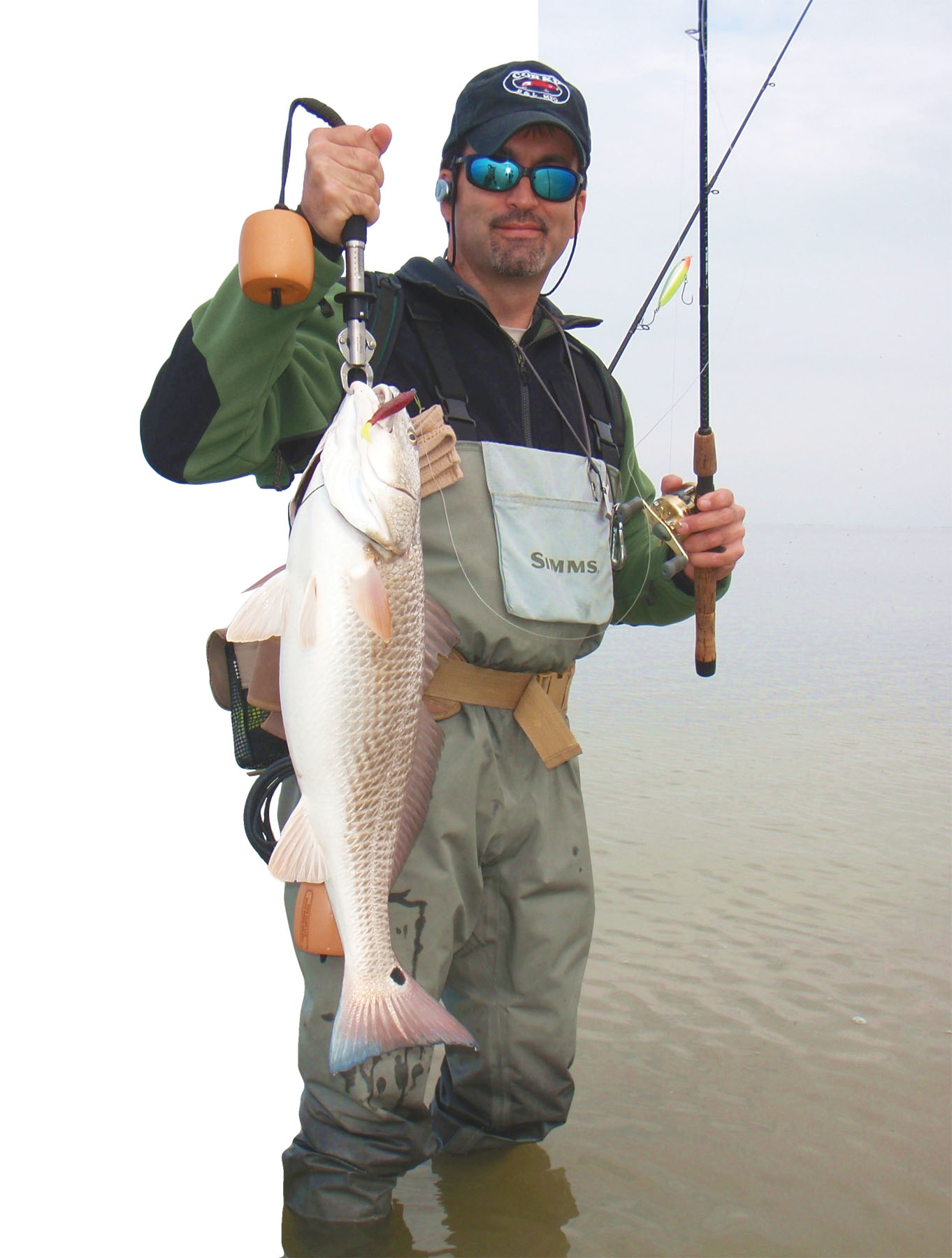 Jim finally said he just couldn’t take the abuse any longer.
The fishing in the Lower Laguna just keeps getting better! November and early December were awesome, not only did those big trout we had been seeing on the flats start to feed better, copious numbers of upper slot reds came together in force. With good weather January should be even better, especially for anglers searching for their personal best trout. Trophy trout won't be the only draw though, some of our absolute best redfish adventures are also just now beginning. Winter, in all respects, is where it's at for the sportsman.

We have enjoyed excellent weather since I wrote last so the overall patterns have not changed much. Apart from a few great episodes in the skinny white sand it has been mostly about shallow grassbeds. Two sessions stood out above all others and might lend some clues as to what this Laguna truly has to offer.

One was an exceptional red fish trip and the other a near banner trout day. Jim Dennett, long time and favored client, arrived on extremely short notice to do what many others love to do here, and that's sight-fish for big, shallow reds. The fish were already there when we lowered the Power Pole at first light and as the morning wore on pod after pod of upper slot to oversized reds began moving in. Without exaggeration, we estimated that we watched fully ten acres of fish mill about us like it was a company picnic.

We sightcasted for more than six hours until Jim finally said he just couldn't take the abuse any longer. The conditions were perfect; the day after a norther when the barometer started dropping and the air started to warm. Fish, like all other creatures, enjoy basking in comfort and feeding at will. It was an epic day.

A great trout day came with Bobby Barbour who brought U.S. Marshall Russell O'Riley, Mike DeLong from Ronnie's Marine and friends. Again, the conditions were near perfect; a calm day just after a light norther and water pushed up by the north wind began to drain through a narrow trough on a quiet shoreline. We all lost count of how many trout we had over five pounds and several weighed more than seven. I managed one right at eight and a half on a tail but most came on Corky Fat Boys.

As for patterns, on colder mornings we'd usually start a bit deeper, say upper thigh or so, but as temperatures rose we'd be right back in those knee deep shallows over heavy grass. Watching baitfish and birds give the signal on where to start and on calmer days we often see our fish while running. Wakes and mud boils are hard to miss, and that's another wonderful and unique aspect of this system.

Water clarity has been good so natural-colored baits have been effective. The Devil Eye from Brown Lures in plum and chartreuse and also strawberry blue with white tail seems to catch fish in any water color, so I often tend to rely on these and not worry about it. What we did notice was that both trout and reds started eating larger finfish, so upsizing lures has been fun. Going from a midsize topwater to a full-size plug has been explosive on most days as the topwater bite has been consistent if not exceptional.

January can bring a totally different scenario and who knows how severe the weather might be. Farmer's Almanac and other sources are predicting a cold one; so let's keep our fingers crossed. Tide levels will be at their lowest by the end of the month and that usually makes patterns more predictable.

There are many small depressions on the flats, along the shorelines, and in backwater areas. Target the shallower ones on tide dumps and warming days and the deeper ones when it's overcast and colder. I hate to admit it but it is often that simple. During longer periods between northers, look for fish just like you would here the rest of the year. Water temps in the Laguna can rebound to the mid-70s even during the dead of winter.

Whatever you're life is consumed with for the moment, if you love to fish, it's time to readjust priorities. If it gets any better we'd be in Heaven. Sometimes I think we already are!