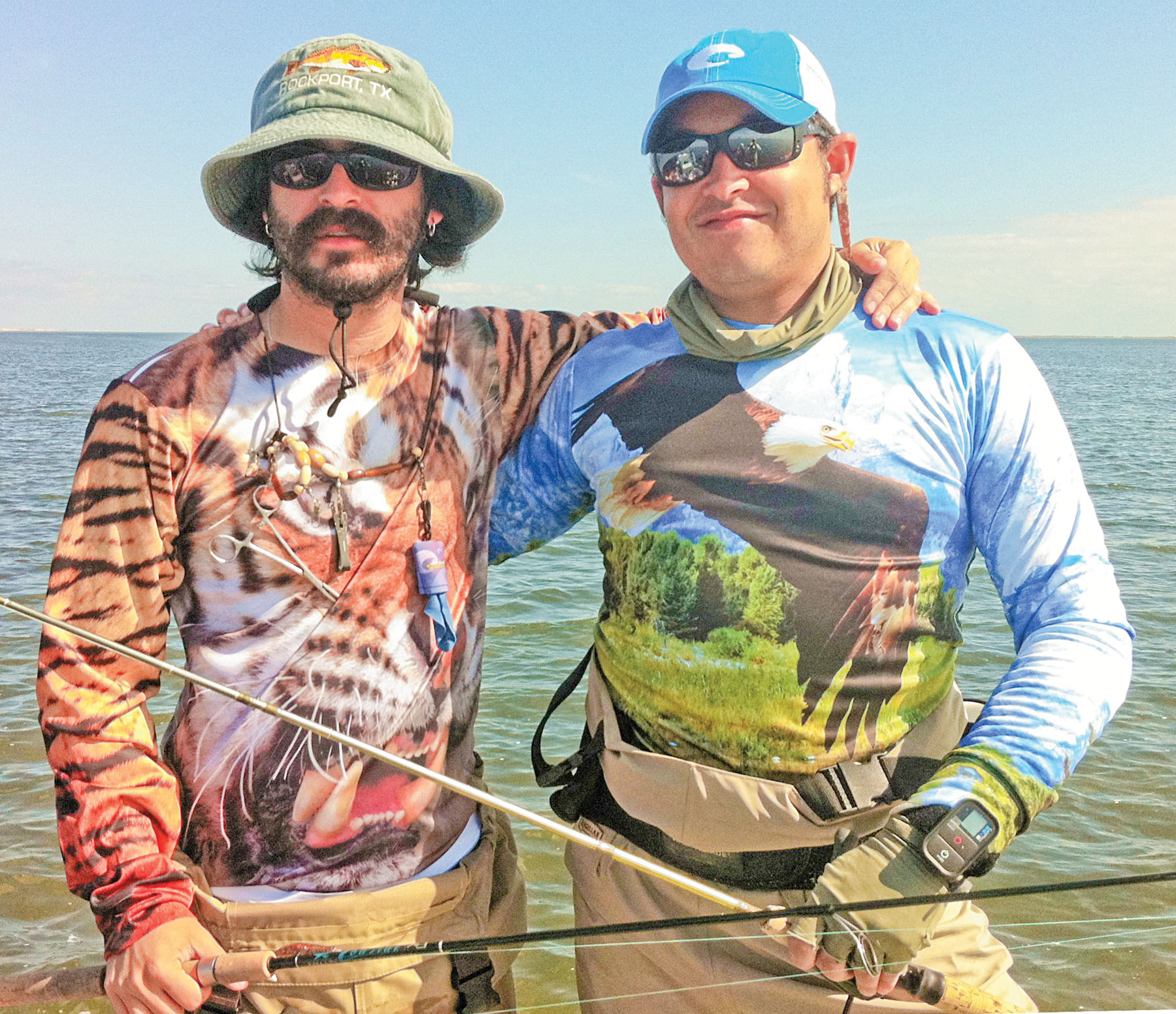 After a less than were used to summer, late fall finally kicked in and is showing great promise for winter. Its inspiring to see large trout in numbers using the clear flats again, and redfish have not disappointed. The Laguna Madre- still the best place to be with your waders on!

Thankfully, cooler weather ushered in some classic settings and wildlife in motion would be a pretty fair description. With a sky full of roaring ducks to compliment areas full of flipping bait, anticipation ran high each morning. On calm runs it was exciting to count numerous V-wakes from prowling redfish, and by looking close you could often see wide-bodied trout cruising away that you just dream of catching. If you were in the right place at the right time, the dream came true on several occasions.

During November and early December it was mostly all about grass flats dotted with bright sand pockets. Knee to thigh deep was just about right most days, which non-coincidentally, often aligned with bait lines and color changes depending on winds. Topwaters earned more confidence and one in particular that we watched get hammered repeatedly was the full-sized pink Skitter Walk. I dont know what they see in pink but that color gets hit consistently when others do not. Plastics (as always) have accounted for the most fish and quite often the heaviest, especially when the bite was off and we had to basically dredge the top of the grass to get a response. Colors were basically the same old standard choices; neutral in the clear stuff and darker in murky to muddy conditions. Kelley Wigglers new Lagunaflage (great name by the way) really snuck in there when the fish were spooky, and the yet to be named electric blue back/chartreuse belly made some of the bigger fish angry in stirred water. We mostly used 1/8 ounce jigs but a true 1/16 was often called for, especially when you needed some extra hang-time to tickle wary fish out of the skinny.

Basic fish-finding signs have been standard stuff lately. A little bait, a few birds, and some color to the water should be an attractive place to start. Then as Jay Watkins says, You just have to know they are there, and know you can catch them.

As for January, what we need but have yet to receive would be some fireplace-hugging northers. Last year was abnormally mild and our bigger fish rarely used their time-honored cold water patterns. If we are lucky this year, we will soon be able to count on the push-and-pull of northers to position fish into the stack-ups we long to see. Of course timing is always everything, but even the traveling angler can have good shots at good fish on almost any part of the cycle save during the very worst of blows.

Typically, with strong pre-norther south wind, we will work the shallow lee sides of grass flats or flooded western shorelines along with a few backwater areas. Its easy to see where the bait goes; all you have to do is follow. After (and even during) strong north wind, fish will usually drop into deeper depressions and guts. Usually under these conditions, when you find them you find them all, and the dream comes true. Even if the thought of a morning run might make you want to sleep-in and pull the covers tighter; do not buy the myth that winter fishing is always better later in the day. Those proclaiming such must like covers better than discovers.

Speaking of this, although cold-weather opportunities can be extreme, so is the opportunity for hypothermia. It just doesnt pay to dress inappropriately. Layering is everything, and our good friends at SIMMS have you covered from Waderwick liners and fleece to high-end lightweight jackets that will keep you warm and safe in the worst of coastal conditions. Dress so that you can fish all day and catch fish in comfort.

More on clothing, I guess all I can say is that drab fishing clothing no longer makes much of a fashion statement. The world of inshore fishing is definitely becoming more vivid. Although most of our clients are colorful in their own way, the guys in the attached photo drew some attention with their stylish flare on the water.

Good luck this winter. The dream can come true but, youll never know unless you go. And you might as well go ahead and look good when you do!