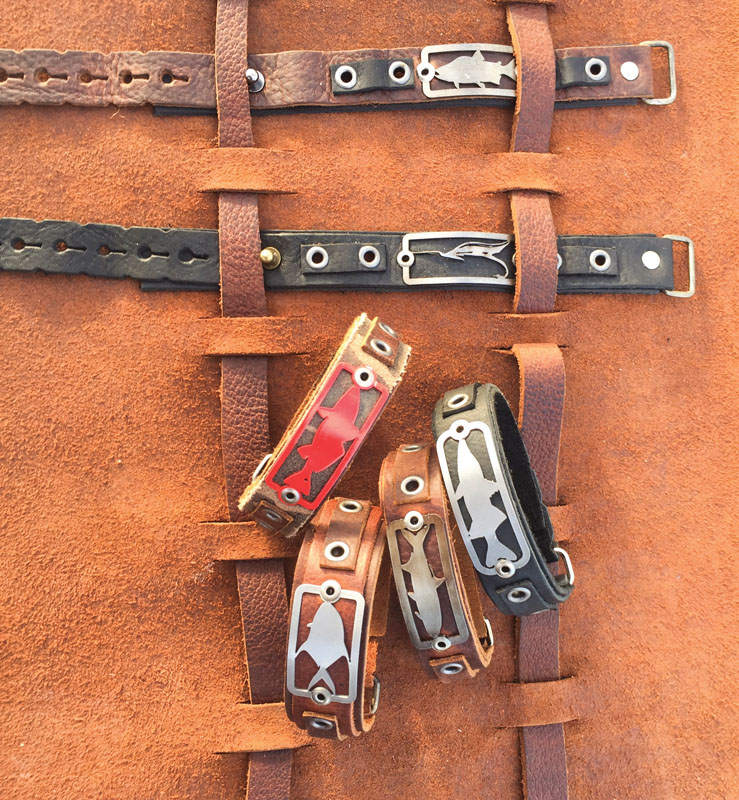 Awesome handcrafted bracelets by E. Moises Diaz www.sightlineprovisions.com. Thanks for my tip Moises!

I just got in from the water and I can tell you that our beloved Lower Laguna Madre is living up to all expectations. Literally thousands of ducks have arrived and they are roosting in giant flocks along shorelines and across the middle of the bay. The backwater areas are just full of them. Their vivid colors and the roar of their wings when a large number lift off the water together has to be heard to be believed. Sometimes we see rafts of mullet going crazy from the noise. Winter fishing patterns are beginning to come together, meaning that we are starting to find fish where we expect them to be. We are very excited and looking forward to enjoying what I predict will be the most productive season of the year.

The last week of November and December's first days gave us great fishing and, barring any weather catastrophes, January has potential to be outstanding. The last two weeks or so in November we often found redfish high on the flats, gathered at the snack bar along the first shallow grass line. Mid-to-late morning was usually the best time. Inclement weather did not seem to bother them much as the very day following a front moving through they would usually pull right back into the same areas we had been fishing. Topwaters were steady producers during low-light periods and, when that didn't work, slow-rolled K-Wiggler Ball Tail Shads on light jigs was all the encouragement they needed.

I don't care what anyone says about redfish, watching one streaming toward your lure in a foot of water will never get old for me.

A decent amount of trout shared those same shallow flats although most were the typical, skinny Laguna flats fish and not the heavyweights we look for in winter. We did find a fair sprinkling of nicer ones mixed with the smaller fish but there was no real pattern to them. Before the last deluge, bigger trout were starting to stage in traditional winter areas and I suspect that when everything settles down and the water cools a bit more we will be seeing a lot more of this.

Mid-thigh to waist-deep grass beds near deeper water has been giving us our best trout, quite a few in the 4- to 6 pound range and couple solid 7s. Corkys were the most consistent lures for these heavier specimens but topwaters also produced well several days.

As far as patterns go, since the flooding from the Patricia storm, much of the west side has been very fresh. Therefore, working the eastside flats has been the most productive, and as I stated above, when the salinity and clarity returns and everything settles back to normal I will be giving the west shorelines some serious effort.

January can bring a totally different scenario and who really knows how wintry the weather might be. Farmer's Almanac is predicting temperatures will be fairly warm, and wet, so let's all keep our fingers crossed. If everything works according to plan, tide levels should recede and likely be at their lowest by month's end and that usually makes trout patterns far more predictable.

When tides become low enough, the many small depressions on the flats, along shorelines, and in backwater areas usually attract lots of trout. Target the shallower ones on warmer days and the deeper ones when it's overcast and colder. I hate to admit it but it is often that simple. During prolonged periods between northers, look for fish just like you would the rest of the year. Water temps in the Laguna shallows can re-bound to the mid-70s, even during the dead of winter.

Let's all enjoy the bounty and beauty that winter has to offer here on the Lower Laguna, and big trout and reds are certainly at the top of this list. Everybody loves fresh fish on the dinner table and keeping a few is certainly part of the reward for being a good steward. Letting the rest swim away helps ensure that the future will remain bright.