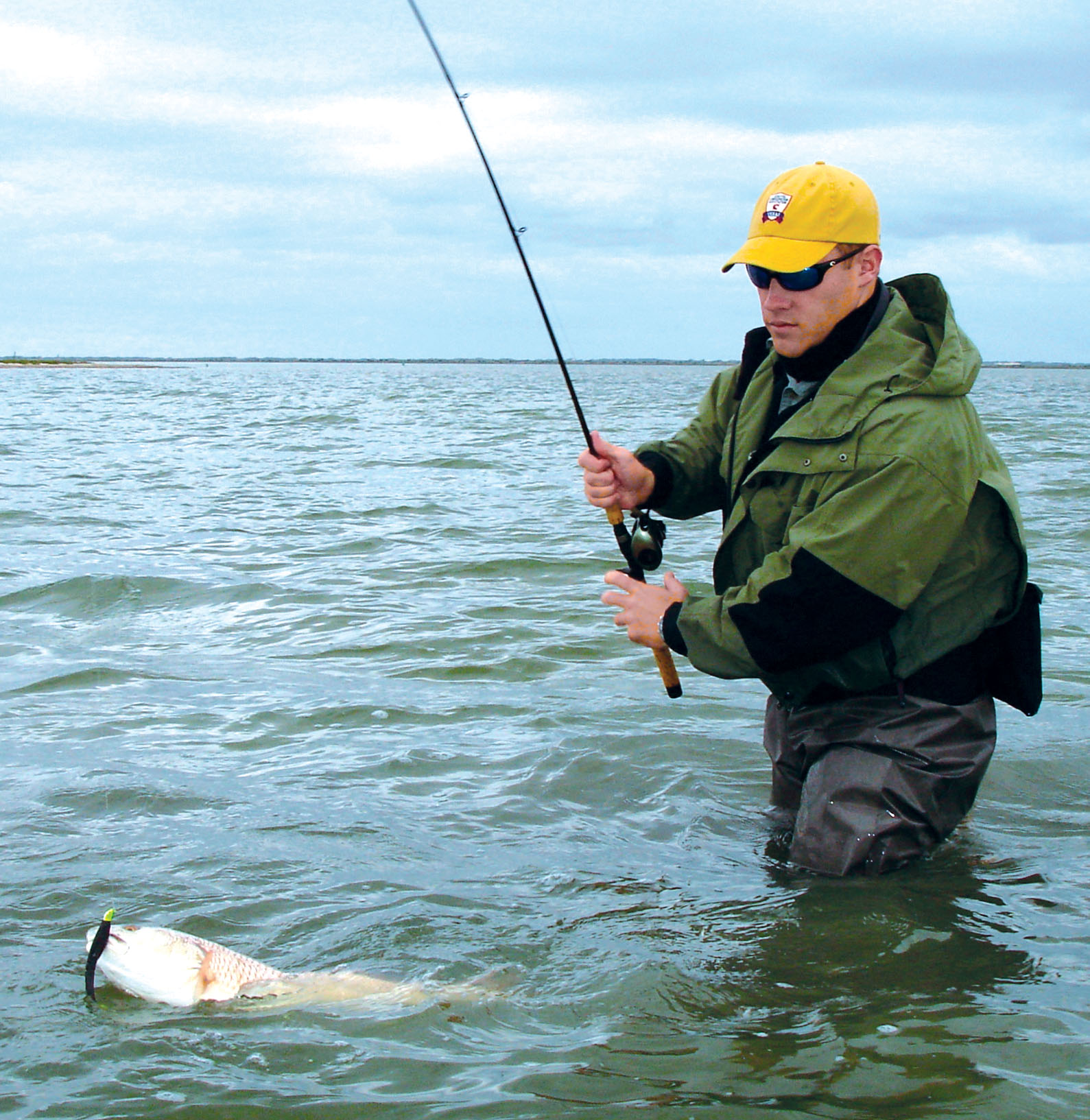 Confidence is high for our beloved redfish.

The prolonged cold blast we experienced during the last half of January changed the over-all patterns here in the Laguna, perhaps for the better, as we swing into March. The coldest sustained water temperatures we have had here for several years prevailed for over two weeks. Readings in the harbor hovered in the low fifties but the shallow flats were much colder, staying in the low to mid forties for many sunless days.

Everything left the vast shallow flats to the point of it all appearing sterile. Our trout and redfish exited to the deepest water we have, which is of course the ICW and a few other mid-bay safe havens. Although it's unfortunate that we lost many large snook in the harbor, and even several green turtles in the ICW, we escaped yet another long overdue fish-killing freeze. This was only a small hint of what might have been. Nature can give and nature can take away, so we all need to remember to appreciate what we have while we have it.

The good news is that after three gloomy weeks, when the sun came out so did the fish! Almost every locale that held bait held a bunch of good fish. The redfish were the first to return, following huge schools of mullet into shallow, off-colored water. They were caught on a variety of baits and our little Devils from Brown Lure Co. on 1/8th oz. jigs did a good job, mostly in darker colors. However, it wasn't long before topwaters came back into play. The Top Dog Jr and Skitterwalk seemed to be the best offerings with color schemes counting less than time and place. Ten to fifteen inches of water was a good place to look, and several species of birds helped us do that. The average size of these reds was encouraging.

As far as trout went, during the first warming trend of February it was all about thigh-deep grass beds near deeper water. They pulled up to the nearest warming flat adjacent to where they bailed during the sustained cold. Find where a deep contour came close to a shoreline, mix in some good bait activity, and the potential for excitement was there. As the water warmed the best techniques went from pulling dark tails low to twitching suspending plugs in the middle of the water column, and finally to the topwater action I described above. Once again, keying on a good presence of bait with a mid-sized topwater was a good combination. As of this writing we have not seen the over thirty-inch trout the Laguna is famous for, but we know they are here and we think we know what to do about it.

As mentioned, the cold water seems to have changed a few of the patterns. Most of the trout have yet to move very far from the bomb shelters they were forced into. They may not move far until the first spawns begin in late March and early April.

During last year's mild winter, we didn't see a lot of the shoreline activity we expected, but this year we think they will use them more because of where they were driven to. We are looking forward to concentrating more effort in areas closer to deep water until the water temps on the flats recovers and the fish re-inhabit those areas. In other words, patterns of years ago when cold weather was more common, may be back on the March agenda we shall see. Based on the numbers of 3-5 pound trout we found before the cold snap, our confidence is high right now.

Confidence is also high for continued good redfish action. It won't be long before we are sight-casting to these brutes over clear sand and adjacent shallow grass lines. Even with the stronger south and southeast winds that March traditionally brings, much of the Laguna can remain a clear paradise. The same baits will apply; soft plastics on light heads when they are down, and topwaters when they are up. Big trout are awesome and a high priority during March, but never discount the challenge and sheer pulling power these 'other' fish have to offer the sportsman.

I am excited about many new and improved tools I have to use this year, much in part by way of the knowledgeable folks at Fishing Tackle Unlimited. Windstopper jackets and breathable G3 waders from Simms, Gamakatsu single hooks for our topwaters, new lures from MirrOlure, Suffix braided line for our discriminating spinning reel clients, and of course Fishing Tackle Unlimited's 6'6" All Pro rods to make it all happen with authority. March can be a challenging month with strong southerly winds, small bait hatches, and more boats on the water, but the rewards can be great with large aggressive trout and big redfish prowling the shallows. Whatever equipment you choose to help meet that challenge, if you are serious about your time on the water, saving for the "best of the best" will pay dividends for years to come. Here's wishing you a "heavy" spring season.