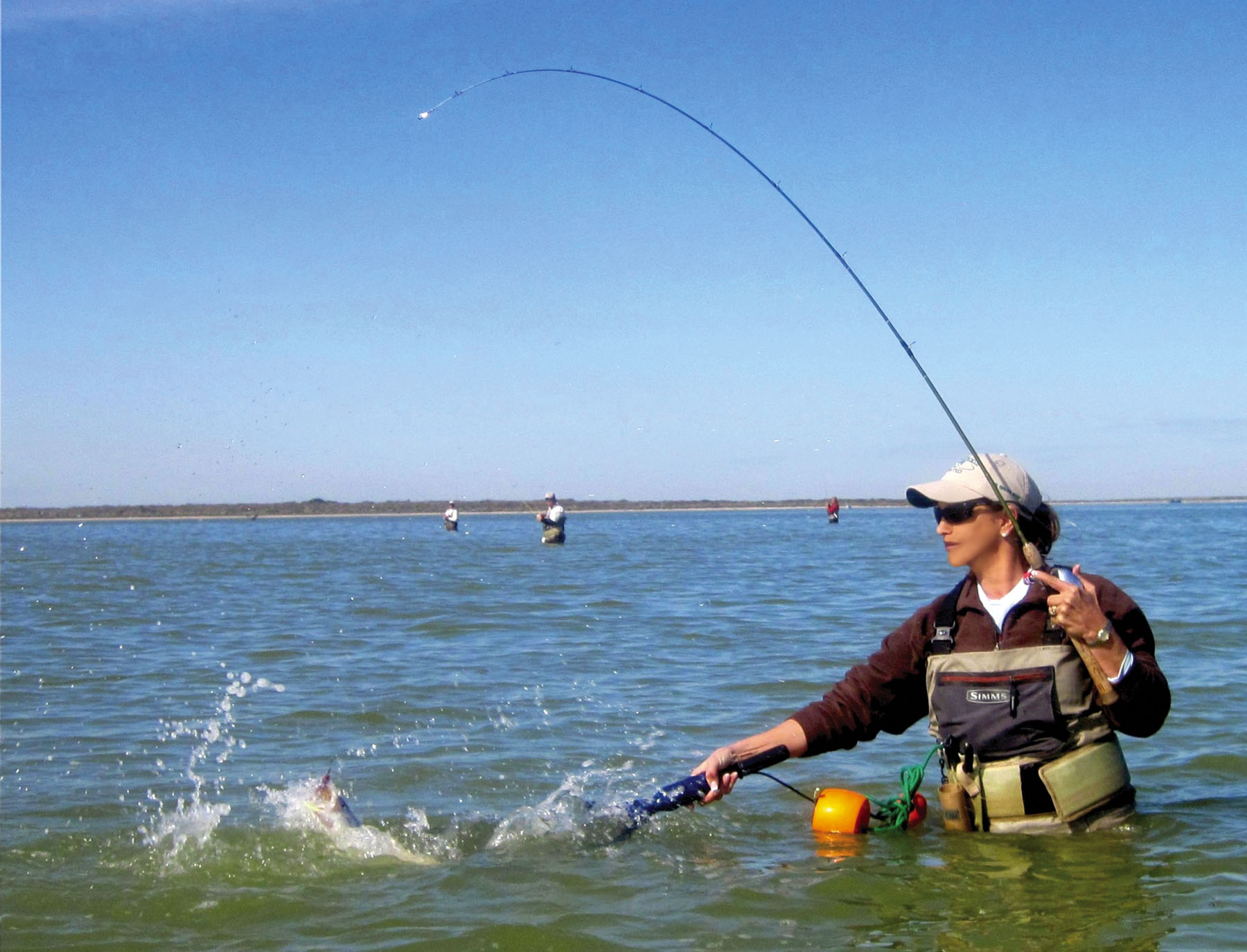 Three and four pound trout have been right in there with the reds.
Life on the flats has been outstanding so far this winter with great numbers of fish to share with some great people. For the most part the bite has been consistent on solid, well-fed fish anytime we can wiggle around the weather. Barring any catastrophic event March should only get better; if that's possible!

For the past month it has been all about grass beds. With northers blowing through every few days it's been a chasing game following fish as they move back and forth between deep and shallow. Everything is relative though, so deep here is somewhere near your waist and shallow means well below your knees. During colder periods the better quality fish have been coming off scattered dark grass on tails and Corkys and as the water temperature recovers, many fish move up skinny and we have enjoyed some good topwater bites as well. The water quality is good to excellent with wind under 20mph, bait is plentiful, and the grass seems to be doing just fine.

We had Joe and Norma Meyer from Fishing Tackle Unlimited plus Pam and Everett Johnson with the magazine down recently for three days and their trip proved typical of the past couple of months. Basically, you catch fish on what you want to catch them on and it has been more about presentation than lure choice. How wonderful is that? The first two days were chilly early and most of our fish came from deeper water on tails. Although we have lots of small trout we found a bunch between three and four pounds with occasional six to seven pound kickers. All of these are swimming together so you just have to stay with it and go through them.

The afternoons found us on knee to mid-thigh-deep flats. With good sun you could see individual grass clumps and most of them held a few good fish. Ron Shepherd, our Pro-Staff guy from FTU, was with us as well and he put on a virtual clinic with his day-glow floating Fat Boy. His take was, "I'd just throw past a grass patch, reel up to it and shake it a little bit, and wham, fish on again!" What a great time, and seriously, how good can it be to just know you are going to get bit instead of working hard to find anything at all. I'm sure there are several reasons for this awesome up-cycle we are experiencing, and although I don't have a strong opinion either way, I cannot help but believe the five fish limit is helping folks get bit often. It's all about catching, right?

Another fun part of the experience with these good folks (and for many other recent trips) was a mid-day bite in water almost too shallow for even a Majek Redfish Line to jump up in. When the sun finally peeked through on day three, we ran shallow and found countless mud boils being made by feeding redfish. Joe said he stood flatfooted and caught nine in a row. Besides our esteemed guests, Captain Mike McBride and I both had guided clients for each day, so it was quite a show with twelve or fourteen of us in a line and everybody staying busy. Although nothing would touch a topwater on day three, tails on a 1/16 ounce head or a floating Corky Fatboy ruled. Also as usual, there were some good trout mixed in with those reds. You just had to keep casting and changing lures as the reds would absolutely destroy whatever you threw.good stuff! Anyway, March will be here shortly after this goes to print and based on what has been happening we can probably look for fish with even heavier weights on a more consistent basis. Not much will change, but by mid-month the water levels will increase and fish will scatter a bit. Just watch for pelicans, seagulls and baitfish for an indication of how shallow or deep to start. Northers will come less frequently meaning patterns should hold for more than a few days and topwaters should attract lots of strikes. Everything is looking great here in the Laguna, so here's hoping your March will be as good as we think ours will be. Take what you need and leave the rest to grow bigger. I hope to see many friends at the Houston Fishing Show March 2-6 in the FTU booth.