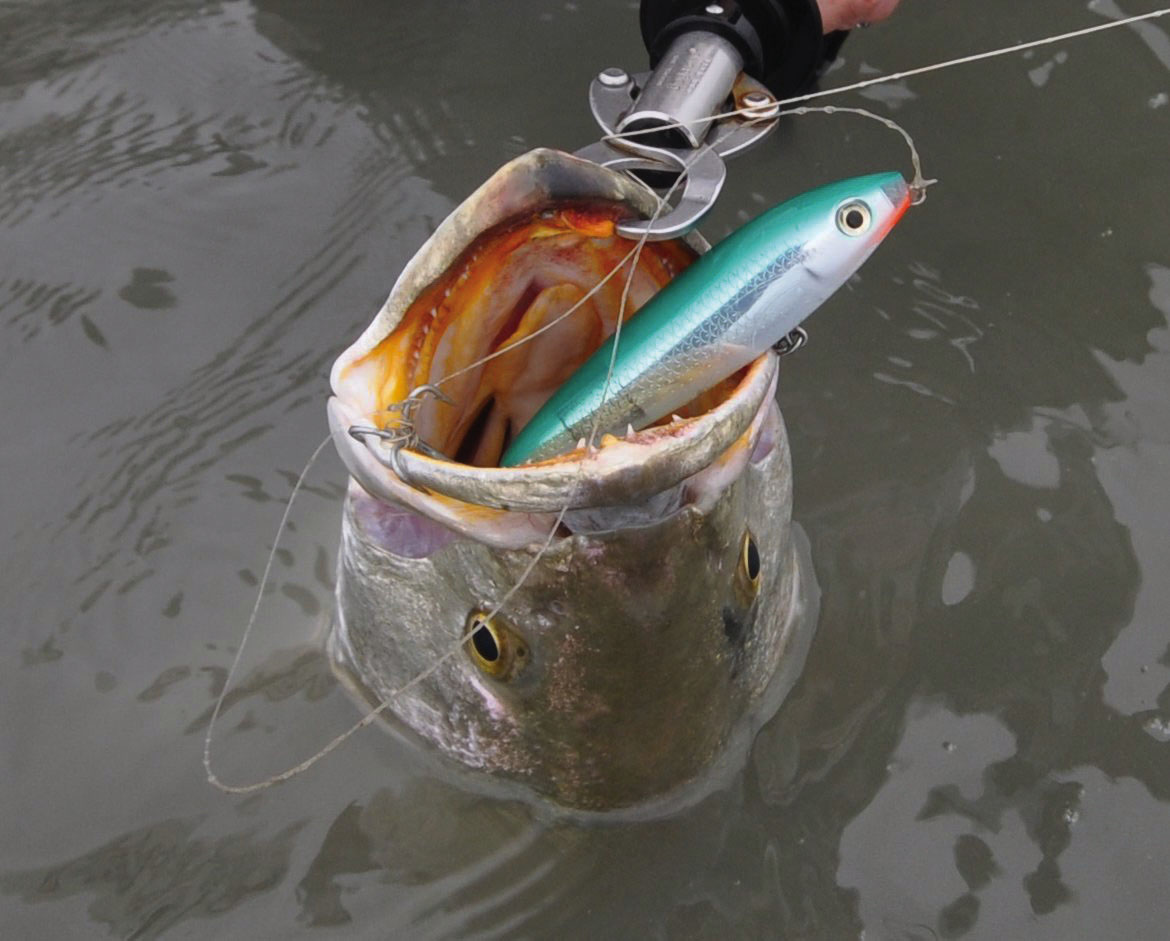 Even though as I write this Ol' Man Winter is still lurking and reminds us of his presence every few days, but my mind has already fast-forwarded to warmer Gulf breezes, and longer sunny days.

Life on the flats has been fine so far this winter, good fish and great people, and barring any catastrophic weather, March should be even more fun. Fishing over the past month has been mostly about the grass beds. It has been a chasing game following fish as they move back and forth between deep and shallow, muddy, and not so muddy areas.

During colder periods, trout of better quality have been coming off dark grass beds on soft plastics and Corky Fat Boys. As water temperatures start warming many fish have been moving up skinny. I am also pleased to report good water clarity in most winds under 20mph, in most areas. We also saw some of the lowest water levels in recent memory, and it was exciting to see new depressions, grass beds, and hazards to avoid. Taking advantage of new structure in old areas paid off with some of the better fish in the system, with three and four pounders, and occasional upper slot kickers. This time of year, fish of all classes are usually together, so stay there, and go through them.

Other fun this past month was exceptional redfish action in many areas after a good warming trend. When the sun finally peeks through three or four days after a norther, it has been pretty much game on. There is something for everyone during these times, sight-casting, tails, Corkys, and also some tops. Even hardcore big trout clients had a hard time passing up such fun in the sun.

The most consistent lures were the standard paddle and straight tail plastics, Corkys, and mid-size topwaters. In water with little clarity I still have high confidence in a paddle tail because of its vibration, especially in darker colors with a high contrast chartreuse tail. Aside from aggressive feeding periods, often times, the bite is so subtle that even a pro has difficulty detecting. I truly feel that my high end Waterloo Rods and Sufix Braid give me an edge over lesser grades of tackle available.

As much as we wish they would, we must remember that fish do not feed aggressively all the time. Our most productive approach during lulls between feeding periods is dragging a soft plastic on or near the bottom and through grass. Again, this is a situation that is all about feeling the light bite. So I will say it again, there is simply no substitute for top end tackle.

In March, we will begin to see patterns change and new areas to fish. Normally, towards mid-month water levels will rise significantly, and so will the wind. We will see more fish on the flats proper, especially in "crunchy" pothole areas. Redfish and some great trout will move high on the sand, affording some outstanding sight-fishing. Some of the heavier trout will be found in backwater areas and secluded shorelines. As the water warms and their metabolism increases, they begin to feed voraciously for longer periods. Last year we had several fish between eight and nine pounds during March and April, and again, barring a late-season freeze, there's no reason it can't happen again. Ah- the beauty of early spring on the Lower Laguna!

Shoreline structure such as drains, points, guts and bars, and also the backwater areas and spoil banks can all produce big fish during early spring. There will be days when larger topwaters can be met with explosive results, but I cannot stress enough how important downsizing can be. Spring is the season of smaller forage, primarily juvenile mullet and sometimes pinfish. Instead of blind-banging a large surface plug all day, consider tightening it up. Precision casting to flashes and swirls on the flats with small floaters should be a major part of your approach. Yes they will often crash that larger plug but the precision aspect of the smaller baits just seems to make it so much more fun.

I am looking forward to clear, bait-rich spring tides!