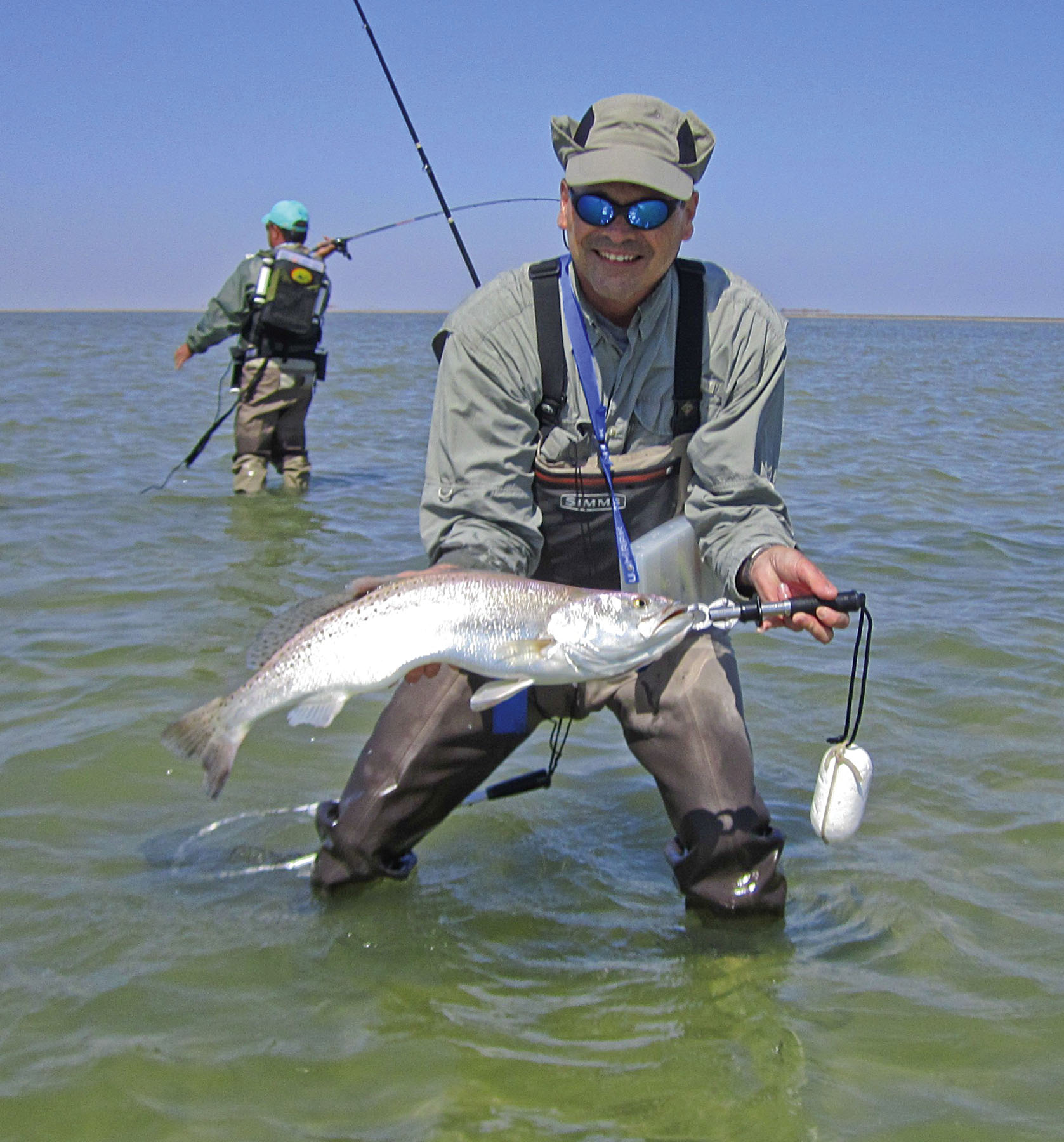 Every season is unique and spring brings its own brand of magic to the Laguna Madre. Cozy temperatures above and below the water's surface, blooming yuccas, hordes of baitfish exploding above aggressive trout and reds, with gulls wheeling and laughing on top of it all. What a great time to be on the water!

Since my last report, water conditions have improved as our seagrass continues to recover. Much of the Laguna can be almost too clear during low wind periods, so concentrate on rafting mullet and heavy grass until the wind creates color changes and a little chop on the surface. A problem of late has been the abundance of filamentous algae or "Easter grass" as some call it given its likeness to the stuff we put in Easter baskets. This seasonal nuisance is in full bloom and sometimes dominates the entire water column. Sunny, windy days are the worst when it begins to float, and the farther south you run the worse it seems to be. Putting up with it every day is a pain and I cannot wait until it is gone.

Quite thankfully, many trips of late have yielded results bordering on "epic" quality, especially when the wind plays into our hand. Epic is a strong word coming from a full-time guide, but the reality is that we are no doubt riding the crest of a rare high cycle in nature and many factors probably contribute. A good hurricane (Dolly), the East Cut being re-opened, a very dramatic freshwater flush, and certainly a reduced trout limit all play a role in this. Fishing for limits is suddenly old-fashioned when anglers have legitimate chances at multiple trophy trout on any given outing.

Some of the more exciting stuff has been sight-casting to trophy-class trout in knee-deep clear water. I found these fish by accident, jumping up on plane to repeat an incredible wade fishing session we had already experienced. At first I thought they were redfish, but it didn't take long to discover what I was seeing was something far beyond my wildest dream. An entire stretch of clear sand was literally swarming with large trout, and what was even more unbelievable was that they were eager to pounce on most anything presented with a good cast. As mysteriously as they appeared they have now vanished but not before we were able to get on them several times. This uncommon school is further evidence (at least to me) of what ample freshwater and a conservative bag limit can create.

A classic spring trout bite has emerged in most of the traditional areas. Topwaters have been steady producers of two to five pound fish on the flats, with kickers of seven and eight pounds not uncommon. Lately, nearly every trip has yielded at least one trout in the twenty-eight inch class. The best action has been on smaller plugs, fishing shallow early and late, and also on larger and noisier baits when the water is choppy mid-morning through afternoon in the waist deep. Kelly Wiggler paddletails and TTF Big Mino on 1/8 ounce jigs have also been very good when the fish will not commit on top.

Yes, spring is here and summer will be here before long. This means we will all have to start sharing the water more patiently. Be tolerant of newbies who do not yet understand the protocol and courtesies we all strive to practice. Education is the key and leading by example is the best lesson plan. Should you unfortunately encounter a hard-case who flagrantly disrespects your space and/or your safety, save the tongue lashing for the docks. Bay rage will only make things worse and hopefully you can accomplish some good after everybody cools down a bit.

No doubt, the spring air is full of fishing magic here on the Lower Laguna and you really need to get out and enjoy it at its finest. Even though we seem to be enjoying a banner year we still need to practice good conservation and stewardship. If a fish dinner is your thing, take only enough to make a good meal or two and be extra careful when handling and releasing the heavier egg-laden spawners. With trout weights being uncommonly heavy for length, three or four eighteen to twenty inchers should be enough to feed five or six hungry seafood lovers. Take along a digital camera to record your success and let the stringer shot become a thing of the past.