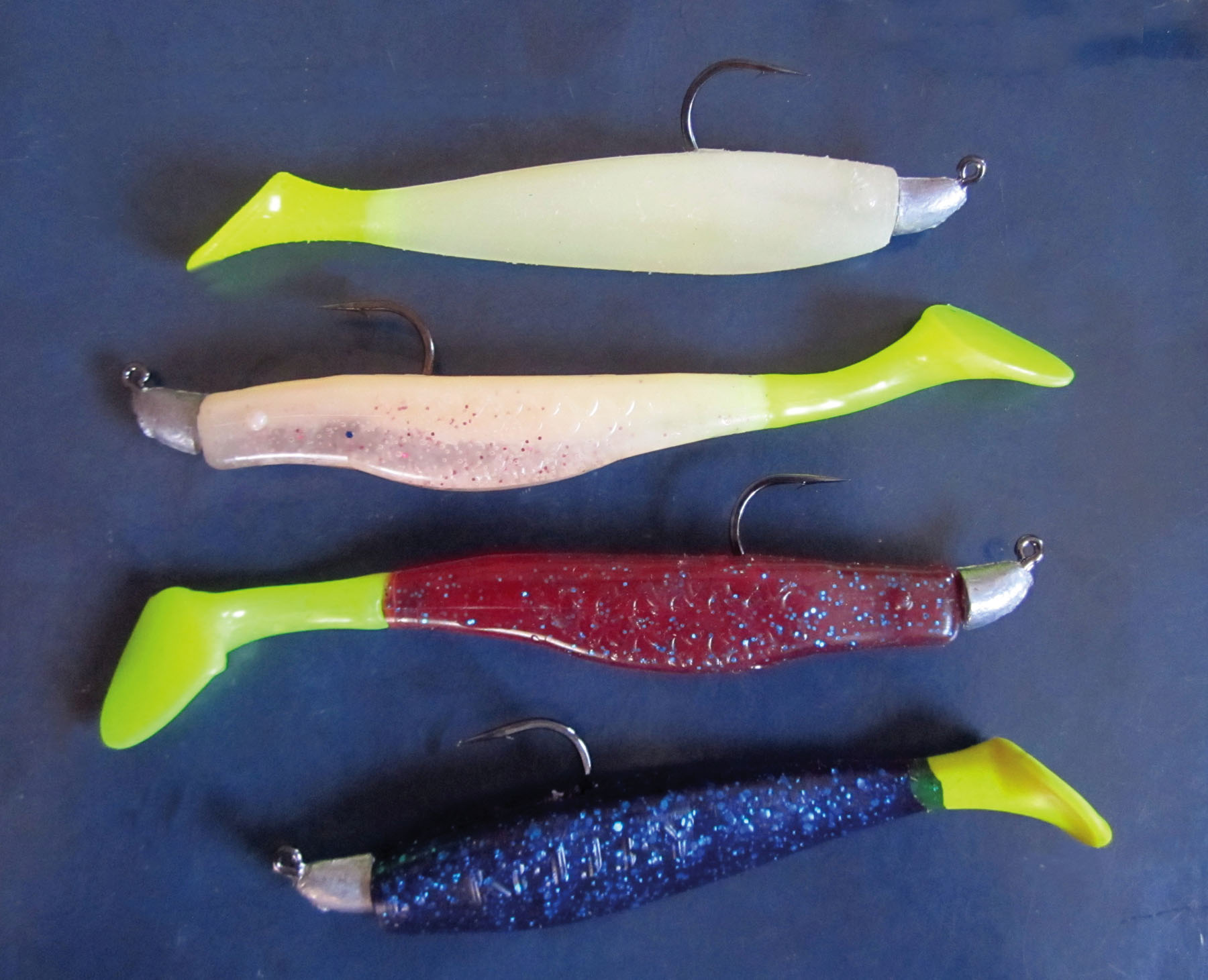 Light colors in clean water and dark in the dirty seem to work just fine.
We've already had one heck of a fall season in the Lower Laguna Madre. If everything stays on course and continues to develop our winter season could end up with "epic" written all over it. If you don't have your waders and winter gear ready to go you might need to hurry.

Although the entire Lower Laguna is still recovering from the effects of tremendous freshwater run-off, the salinities are coming around quite nicely. Much of the water still has a weird greenish tint to it and visibility is not what we'd like in all areas but it hasn't seemed to bother the fish. Redfish have been doing their traditional fall thing on the flats and shorelines and trout have been thick in most of the depressions and deeper swales. It hasn't been a problem to stay busy with seventeen to twenty inch trout with a few better ones most days. The topwater bite has been getting much better but plastics are still the most consistent for catching numbers. The bigger trout we have been waiting for are just starting to show with regularity, but even the little guys are fat and healthy so that's another great sign. All will soon change though, and perhaps even by the time you read this.

The available forage is phenomenal and perhaps even too much in places. At times mullet are rafted up for miles down the banks and completely smother the surface of some back areas. There has been more slicking activity than can I remember in a long time, so much that on some mornings it's hard to choose which area to fish. Crabs have also become so numerous that a few commercial operations have actually relocated here, and on any given wade you can watch big blue crabs scurrying around your feet. We're even getting a few on slow-rolled tails. They seem to like Kelly Wiggler paddle-tails in plum-chartreuse and also the Texas Tackle Factory Big Minow in Texas shrimp. The fish like them too.

Freshwater does some unusual things and it seems to have done a number on the seagrass in some areas. Thankfully most of the dead grass is staying on the bottom and not floating, but it may be a while before some of the meadows recover.

As of this writing redfish are just starting to school in numbers and there have been some large herds prowling the deeper flats within a few miles either side of the East Cut. Typically, we'd have already seen more but I'm pretty sure things will be back to normal as pattern develops. Meanwhile, sight-casting in the clear sand next to flooded banks has been fun with good visibility. Again, trout have been steady and bigger baits such as Corkys are already back in play, and in fact just today I had a heck of a topwater bite throwing the big Rapala X-Rap 13.

According to NOAA, water levels along the coast will begin to drop by the first part of November. As soon as we get some water out of here better fish will be easier to find as they are forced off miles of flooded flats and pull down into more predictable depressions and guts. Colder water will make for some aggressive feeds between northers and bigger baits should continue to do well.

Full-sized topwaters over active bait on warmer days should produce well but for most other situations big plastics should get it done once you find them. Corkys, Kelly Wiggler's big paddle-tail, and TTF's Big Minow seem to entice fish when straight tails don't quite get it done. A swimming bait is easy to fish at whatever level you need it, whether extremely shallow or deep, and the only real change needed is the speed of retrieve and lead-head size. Colors are subject to conditions but I still lean towards lighter or more natural colors in clean water and darker baits when it's dirty. I use a lot of black or purple with a chartreuse tail in the winter and they seem to work just fine.

With all the rain this year, life is quite abundant this fall in and along the Laguna Madre, everything from bait to fish to deer, quail and turkey. There are a lot worse things we can do this winter besides taking advantage of this outdoor opportunity we have been given.