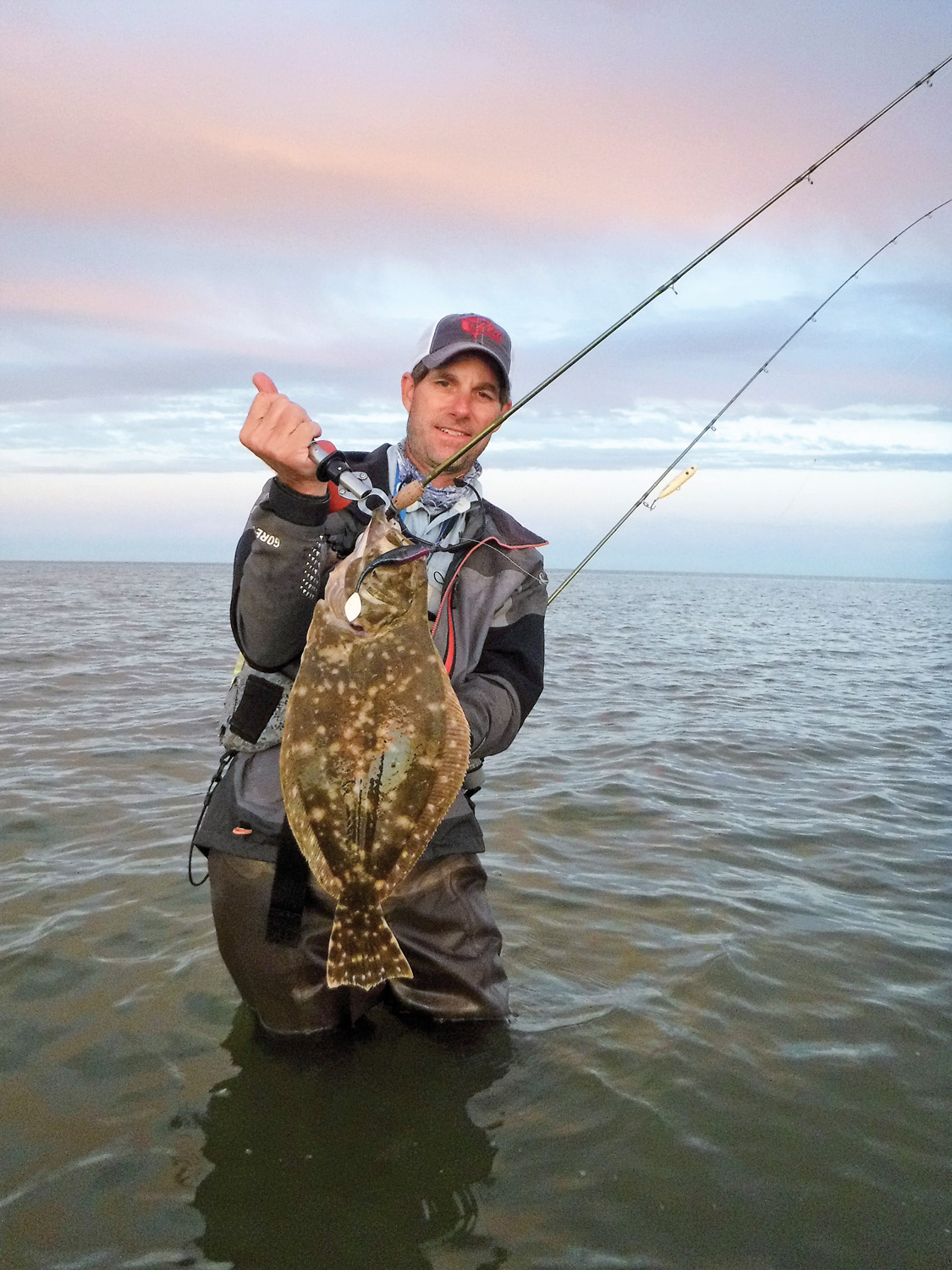 Howdy folks, hope everyone had a great spring break. As of this writing, winter slid through south Texas like a hot knife through butter. Weather has remained unseasonably mild, relatively speaking, and now we are looking at spring and next is summer. This winter, or lack thereof, was a surprise but we work with Mother Nature as best we can.

I have been fortunate to have some of the best clients and just flat out good people fishing with me recently. Most all trips shared a similar theme – chasing big trout and catch-photo-release. Don’t misunderstand; we kept fish, and sometimes limits, but all our trout over 23-inches have been released unharmed. And without guilt in keeping a few for dinner, we enjoyed hearty meals of smaller fish after a hard day of targeting trophies.

Our tides have risen some since my last column, the lows didn’t last long as hoped. During the low tide period that we experienced I had opportunity to wade an area that consistently produces big trout, (mentioned in my last article.) I found myself also having opportunity to set the hook on a big one but, for only several seconds. She came unbuttoned, but not before the group wading with me got a good look. She broke the surface and left a monster wake to remind me who was boss and then vanished into the depths of the Mother Lagoon. Excitement turned to sadness – but we’ve all been there.

I am seeing quite a few good fish on the flats as we glide along in my 24-foot Shallow Sport Classic.However, those fish may not be present on the same flat the next day. Any slight temperature drop will draw them off the flat back to deeper water where they will stage until the next rise in temperature.When those big trout are staged in clear, shallow water I have had clients sight-casting to specimens running 27- to 30-inches. Fish of this class are wary and wise, so you need to pick your lure carefully and present it precisely. If not, they will just turn away and slowly fade out of reach, another legitimate shot unlikely. On a recent trip, we had four shots at trophy fish; results being two hookups – one was fought briefly before coming unbuttoned and a 27-incher CPR landing (see photo.) The other two fish we had shots at refused the offering, but hey, that’s sight-fishing!

Since we are on the topic of sight-fishing trophy trout in clear water, if I had to choose only one lure it would be a relatively clear soft plastic with a little metal flake, such as the KWigglers “Sand.” This bait practically vanishes in the water, nearly invisible to our eyes. However, the fish see this bait and evidently see it quite well. Additionally, being very neutral in coloration, it rarely spooks them when presented accurately within the strike zone. Many of my clients have seen this firsthand. An “unnaturally-colored bait” or anything “too bold” seems to turn them off immediately. Remember – the clearer the water the clearer the bait needs to be – in my opinion.

As the water clarity turns just shy of clear, such as chalky or trout green, you might try lures such as Mansfield Margarita, Plum-Chartreuse, Bone Diamond and Laguna Pearl. When the water gets churned up with breezy spring wind, consider a 4-inch paddle tail in Electric Grape-Chartreuse, Pumpkinseed-Chartreuse and Olive Red Metal Flake-Chartreuse. These colors present well when clarity diminishes and the thump of the tail helps produce strikes. If you want a larger profile bait that has been a proven big trout number, check out the Willow Tail Shad; it has been working well up and down the Texas coast. As we move into late-spring and early-summer you can expect the topwater bite to become more aggressive. I typically prefer the Heddon One Knockers as they seem to be just the right size and have an irresistible sound.

Having just wrapped the 42nd Annual Houston Fishing Show, it my pleasure and honor to have met and visited with every one of you. Being part of several outstanding companies, TSFMag and Fishing Tackle Unlimited, to mention two, made me feel privileged and blessed to say the least.I had the opportunity to talk fishing with some of the best fisherman on the Texas coast and hopefully I contributed something and made the time you spent with us worthwhile.

Until next time - Catch a Lot, Release Many, and Let Those Big Ones Swim Free!