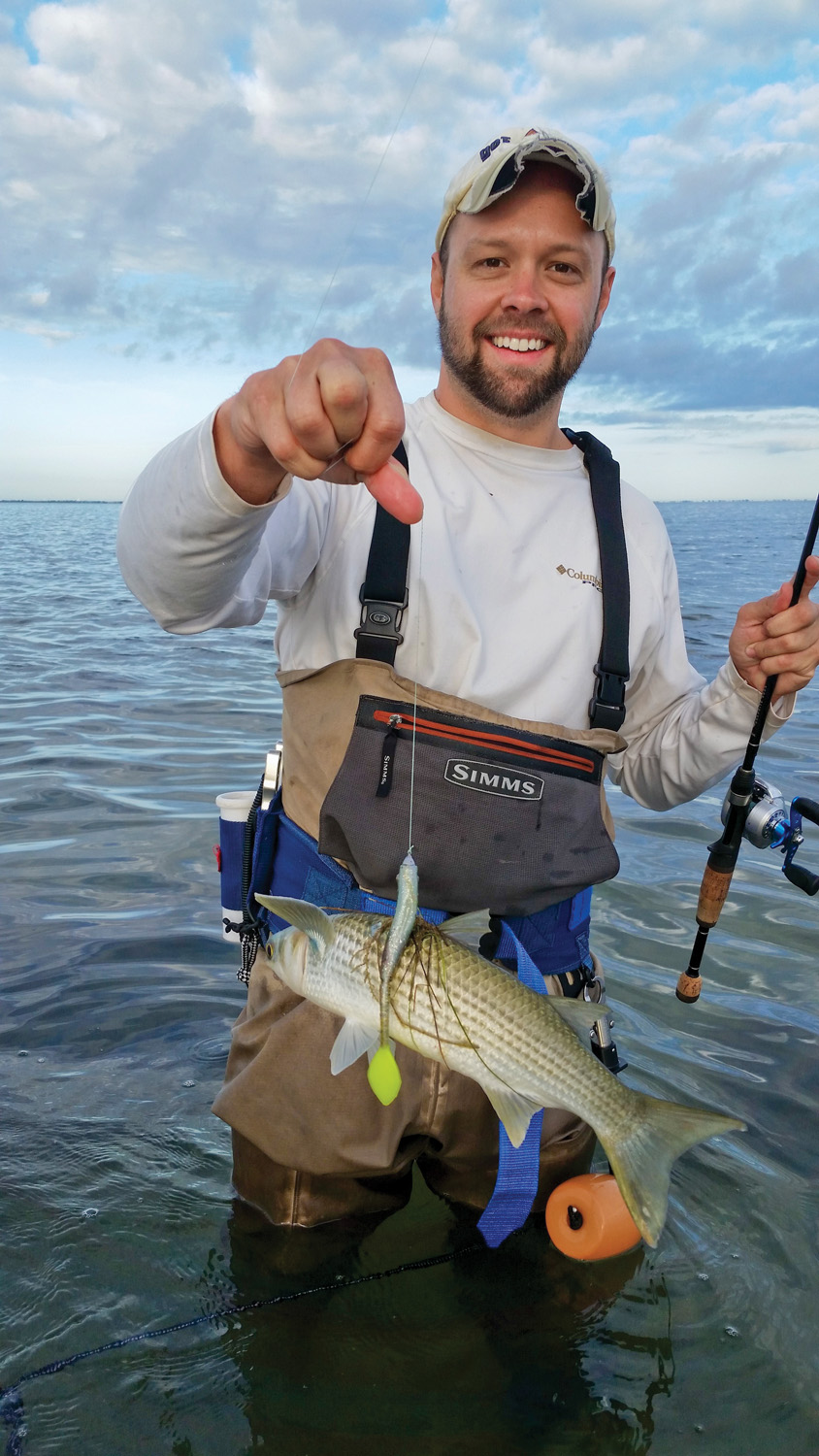 Andrew Kraussman found the bait…now where are those pesky trout?

What a cold winter we have witnessed so far. As of this writing we could not be more pleased with what we are seeing. We even saw a dusting of snow in Port and subsequent cold fronts have kept South Texas in the cooler. Our fishery has responded accordingly, showing off some fish that seem to be fatter than longer.

As we move deeper into winter we find serious anglers getting serious. What I mean is some anglers and some guides are truly trying to analyze and dissect this time of year for trophy trout. Everyone I talk to seem to mention the same thing, that is, how cold this winter has been and the low water levels across most, if not all, bay systems. All this hopefully sets us up for some of the best big trout fishing we have seen in years. Truth be told there are anglers out there calling in sick and missing work on weekdays when the conditions align for trophy trout. As much as I was always a stickler for work attendance, even I admire that level of fishing passion, to some degree. Thankfully I’m no longer in that category.

On the other side of the coin, February kicks off boat and fishing show schedules. Those who hunt have cleaned their guns and put them away, and now look forward to fishing more earnestly. Seems to me there are more hunters who fish than fishermen who hunt.But that’s just my opinion.

As mentioned earlier, our water levels have been at record lows and I use this opportunity to go out, even if I have to go alone or with only my buddy, Captain Ernest Cisneros. We have been identifying and noting structure features not easily recognized during periods of higher water levels. I will say that with or without a storm, the shoreline and bay floor are constantly changing. Cuts and guts fill in, sandbars erode, grassbeds flourish and some diminish, etc. While you might think you know every feature, nothing tells the real story better than an extreme low tide. Gaining such knowledge can prove invaluable when the tides return to normal.

Now to fishing: On colder days we find fish in swales and depressions situated close to shallow water.Typically, these areas are somewhat boggy and free of a lot of grass. Now, with that said, the flats surrounding these depressions are areas I focus on as soon as it starts to warm up. Seems logical that if the fish are in those low-lying areas during cold snaps, it would make sense that they would not travel far to reach the flats where the sun warms the water rapidly after the front passes. Pretty simple, right?

In theory, and in most cases, this is true. But it is also true that they can move a lot farther than we think. So, what’s really going on when we go there but cannot catch them on the first warming day? Are they still present but not feeding, or have they left the area completely? Herein lies the puzzle.

Experience tells me that when the bite doesn’t happen under these circumstances, they’re probably still there but not feeding yet. Playing this card recently, while we did not catch them, we were able to see them moving up into the clear water on the flat. So, we keep trying.

Our fishing would qualify as good overall. Heck, we have caught trout to 7.75 pounds and seen even bigger ones while cruising the flats during warming trends. While running the flats when the sun is out and temperatures are on the rise, we see fish staging in potholes. Use that as you will.

Redfish have been consistent and mixed with the trout most days. Flounder have been scarce. A word of caution – we have been seeing quite a few stingrays while wading the flats during warming trends – it might be winter but you still need to do the stingray shuffle.

Most of our fish continue to come on the KWigglers Willow Tail Shad and Ball Tail Shad. Good colors have been Red Shad Pro, Bone Diamond, Mansfield Margarita and Plum Chartreuse. The 4-inch paddletails have also been effective in deeper guts and depressions. We run slow retrieves while making short rod twitches with the paddletails to accentuate the vibration they produce. This seems especially helpful getting fish to strike between active feeding periods.

We look forward to a grand winter season, praying it stays cold enough for great fishing, but not so cold to endanger the fishery. I look forward to seeing everyone at the upcoming shows, until then remember to practice conservation and be courteous on the water.