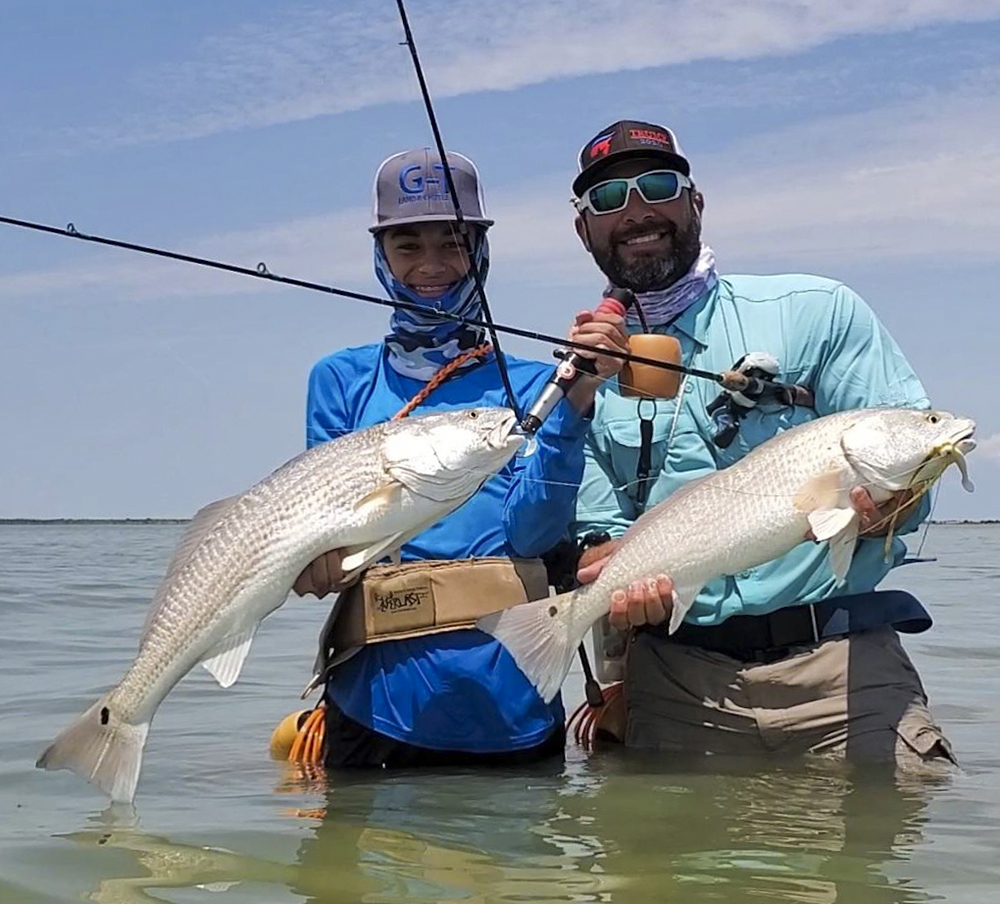 Greetings from Port Mansfield! We have put most of the pieces back together following Hurricane Hanna and things are beginning to get back to normal. Our bay received a good flushing from Hanna; there is still some brackish water in places but probably not enough to have a long term detrimental effect. Too much fresh water can be harmful, but a good flushing is a good thing in the long run.

From late June to early September I spend quite a bit of time working the flats for the elusive South Texas snook. We had a decent year in 2018 and 2019 was exceptional; my clients and I connected with around 50, with a couple pushing 35 inches. This year has been challenging to say the least.

As of this writing we have landed seven snook with the biggest pushing close to 25 inches. The schools have simply been scattered and, to be honest, I think I have been working one, maybe two small schools in total. With the LLM comprising about 270 square miles, locating them can be a tough assignment. You can almost compare it to trophy trout fishing in winter – only harder. Fish slow, walk slower (if at all), cast a lot, and do all this in mostly shin deep mud. No problem…except trout are easier to pattern. Snook have a mind of their own and will disappear in a flash.

Having said all that, check out Gavin Garcia’s photo. It was his fourteenth birthday and I really wanted to put him on a trophy. I mentioned to Phillip, his father, there might be a chance to catch a snook if they wanted to put in the time. He knew without me saying that it would be challenging, and the chances were slim, but agreed to give it a go. We fished hard and then a little harder; simply put, it was a grind.

I was about to totally shift gears and move to an area where we would have some action on reds and trout but decided to check one last 40 square yard area out of the 270 square miles of Laguna Madre to pick from. Once we set up it took about 15 minutes and I landed a nice snook. Walking back to the boat to tag the fish, Philip hooked up and landed a nice snook. We tagged both fish and then moved to another “micro zone” where I had previously spotted snook.

Ten minutes into it, young Gavin connected and landed a nice one. His fish was also documented, tagged, and released. We then moved on and had an exceptional afternoon catching monster reds and nice trout.

Every client that puts in the time and lands a Texas snook agrees; the reward of landing one outweighs the challenge and time spent fishing for them. For those who have not yet landed a Texas snook and have been putting in the time, I say stay the course, land one, and then decide.

Moving into October, barring another big storm, I feel confident in saying the fishing will be excellent. Fall is a very consistent season for catching lots of fish, especially immediately following the first cool breezes out of the north. I recently told a new client, who is also new to lure fishing; fall is the perfect time for building confidence with lures. Bait is abundant and fish feed predictably. October’s topwater action for both trout and reds is usually some of the best we see all year.

As the dog days of summer fade away we are still fishing shallow but are enjoying our best success for reds and trout in depressions on the flats where the water averages a foot or so deeper than the surrounding areas. The bait and gamefish are there presumably to take advantage of the slightly cooler water temperatures. Hard to believe but one or two degrees can make a difference when the flats water temps have been running consistently in the low-90s.

Our primary lure choices lately have been the KWigglers Willow Tail in Bone Diamond, Plum Blue Metal Flake/Chartreuse, and Dirty Jalapeno. The KW Ball Tail Shad in Jalapeno Popper, Chrometreuse, and Mansfield Margarita have also been good fishing close to the bottom in deeper water.

Until next time, remember to stay safe out there and consider a more conservation-minded approach to the sport…release a few more than you put in the cooler.